Home » Prince Philip’s Funeral In Pictures: Key Moments As The Duke Of Edinburgh Is Laid To Rest

Prince Philip’s funeral took place today, and under the blazing sun of a British spring day, the Duke of Edinburgh was laid to rest during a ceremony that was befitting of a man who has given 70 years of service to the crown. Scroll on to see key photos of the day:

Ahead of the formalities, military personnel marched into the Quadrangle at Windsor Castle. 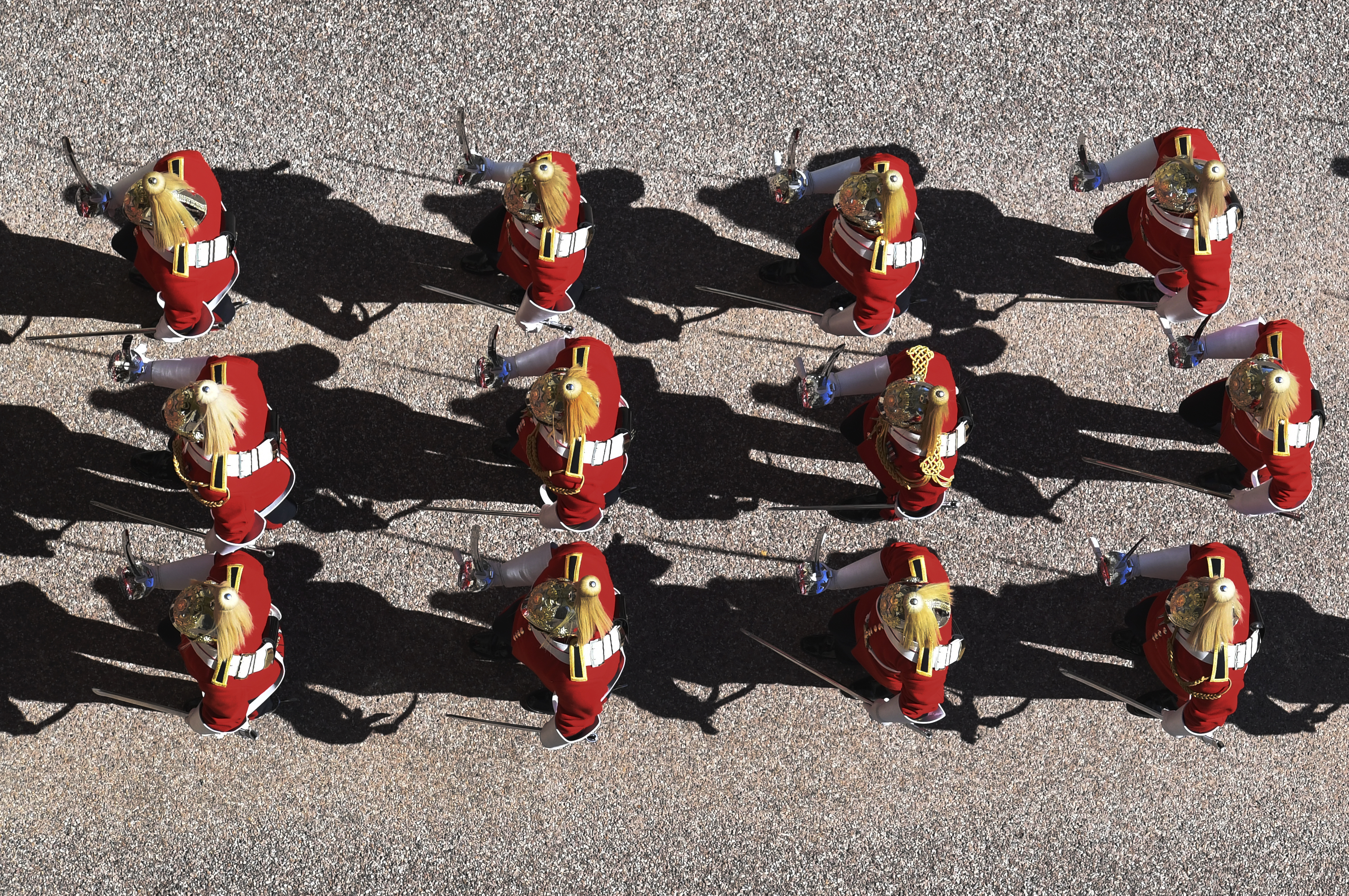 Prince Philip’s coffin was loaded onto a specially adapted Land Rover before a short procession. 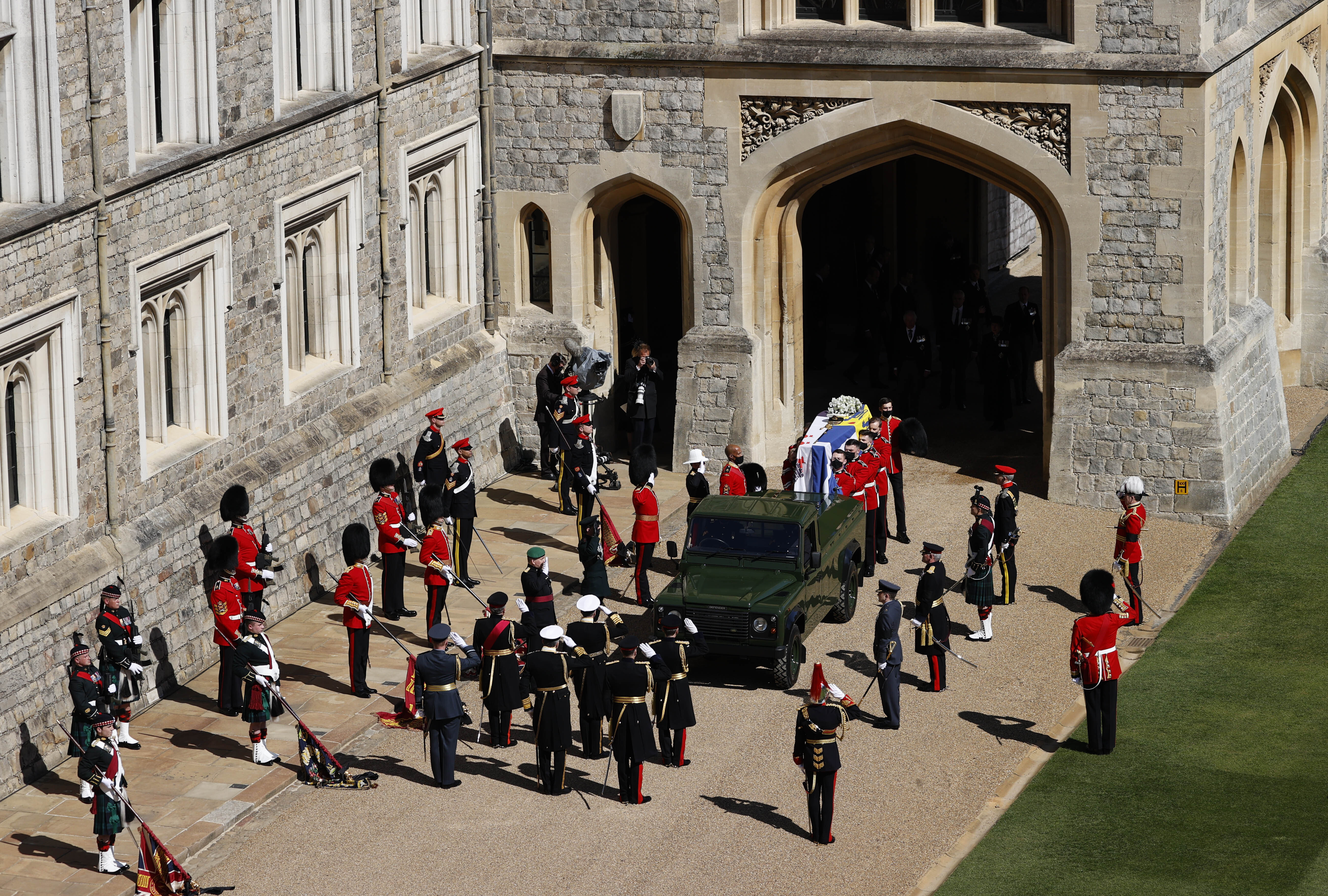 Queen Elizabeth II arrived in a mask in her State Bentley to mark the death of her husband. 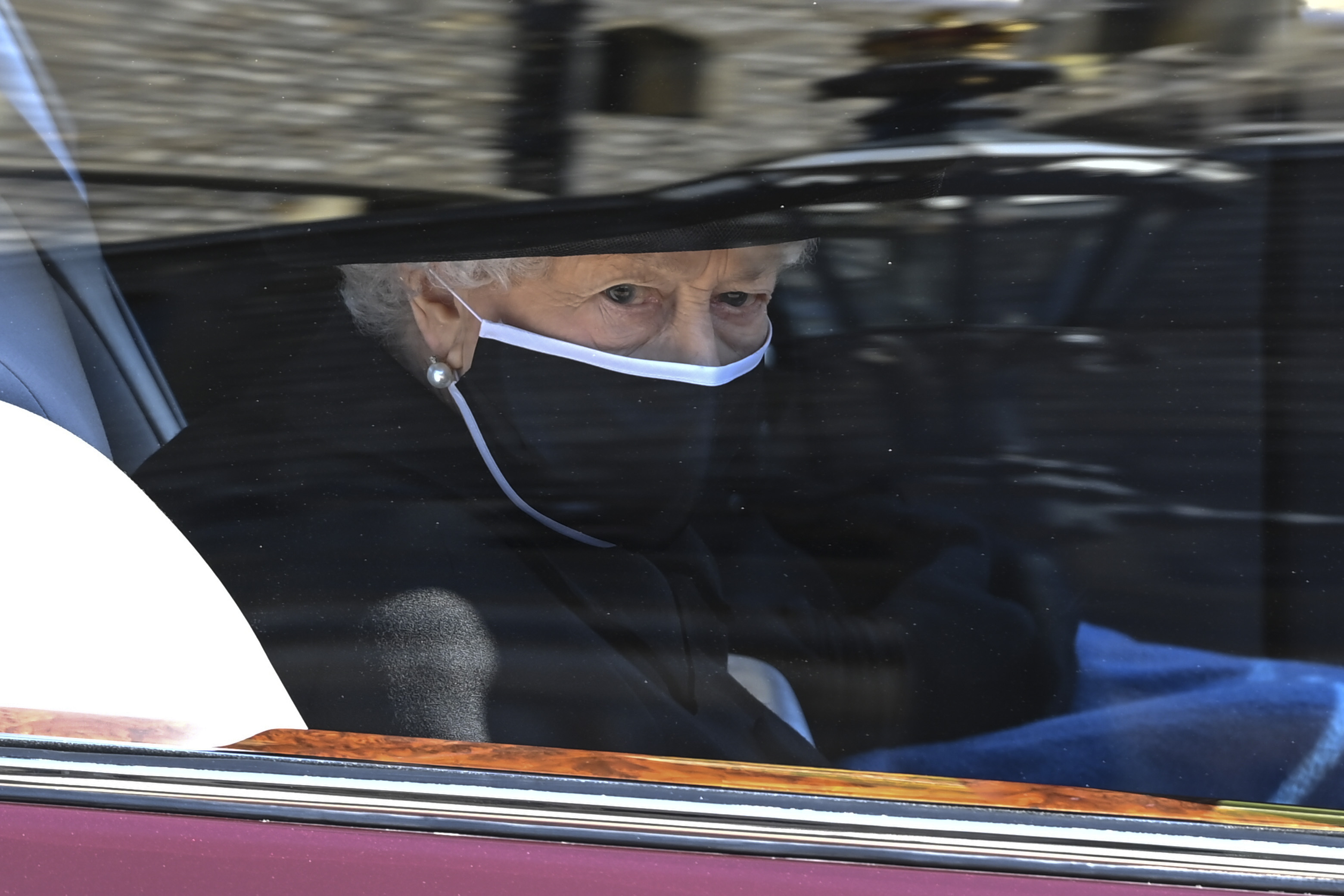 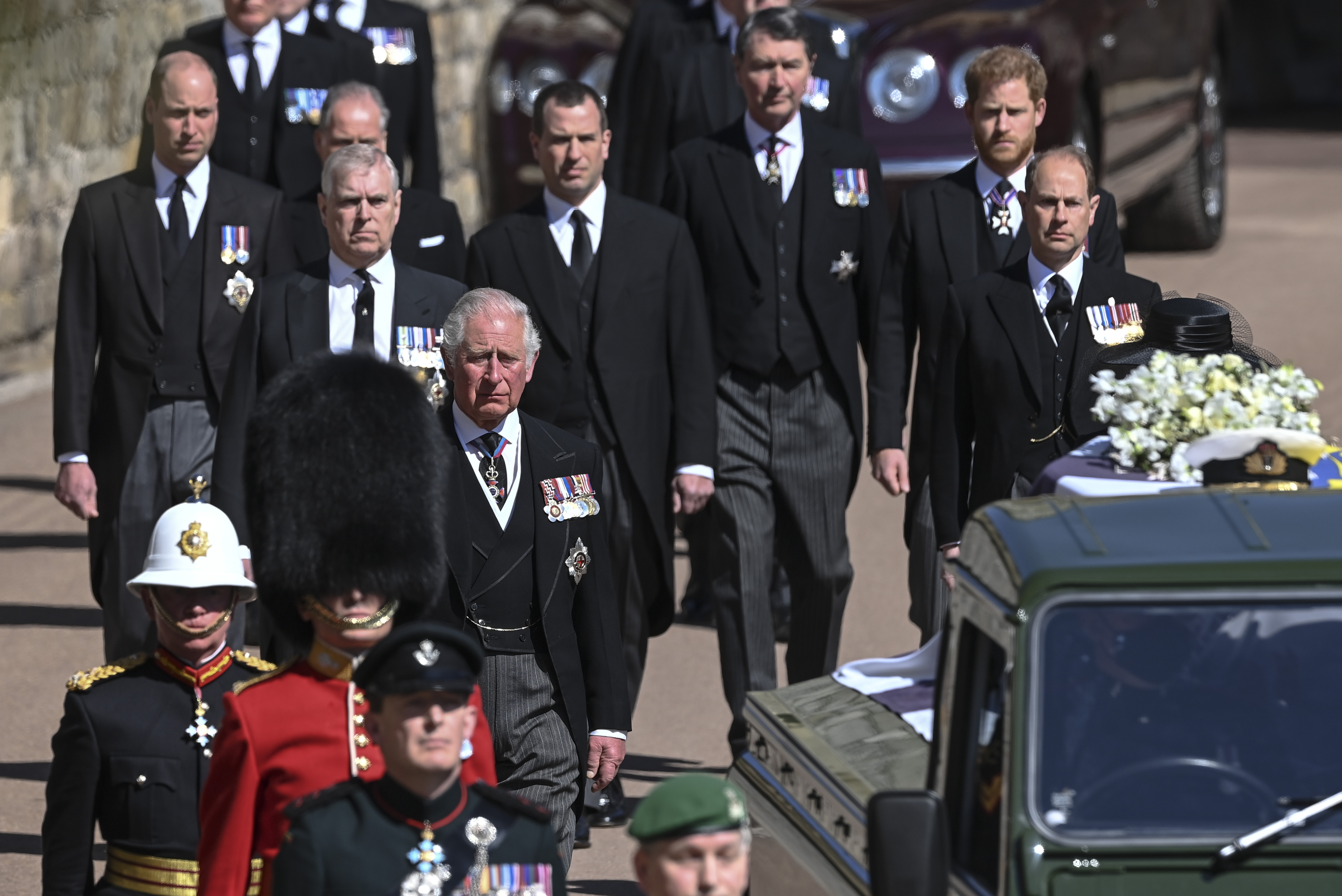 Prince Harry and Prince William were also in the procession, though they were separated by their cousin Peter Phillips. 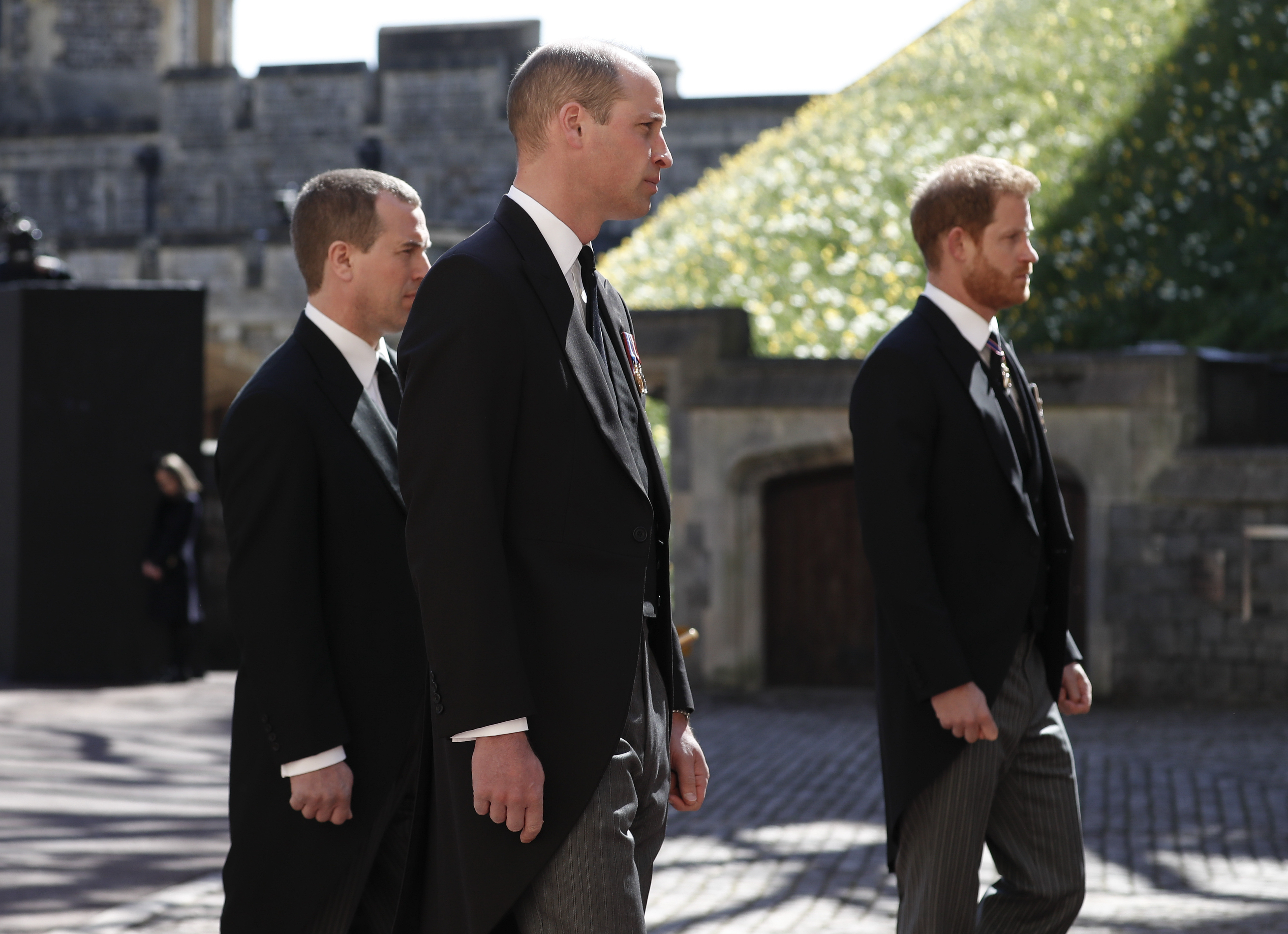 The Duke of Edinburgh’s coffin was carried up the West Steps of St George’s Chapel, during which there was a national minute’s silence. 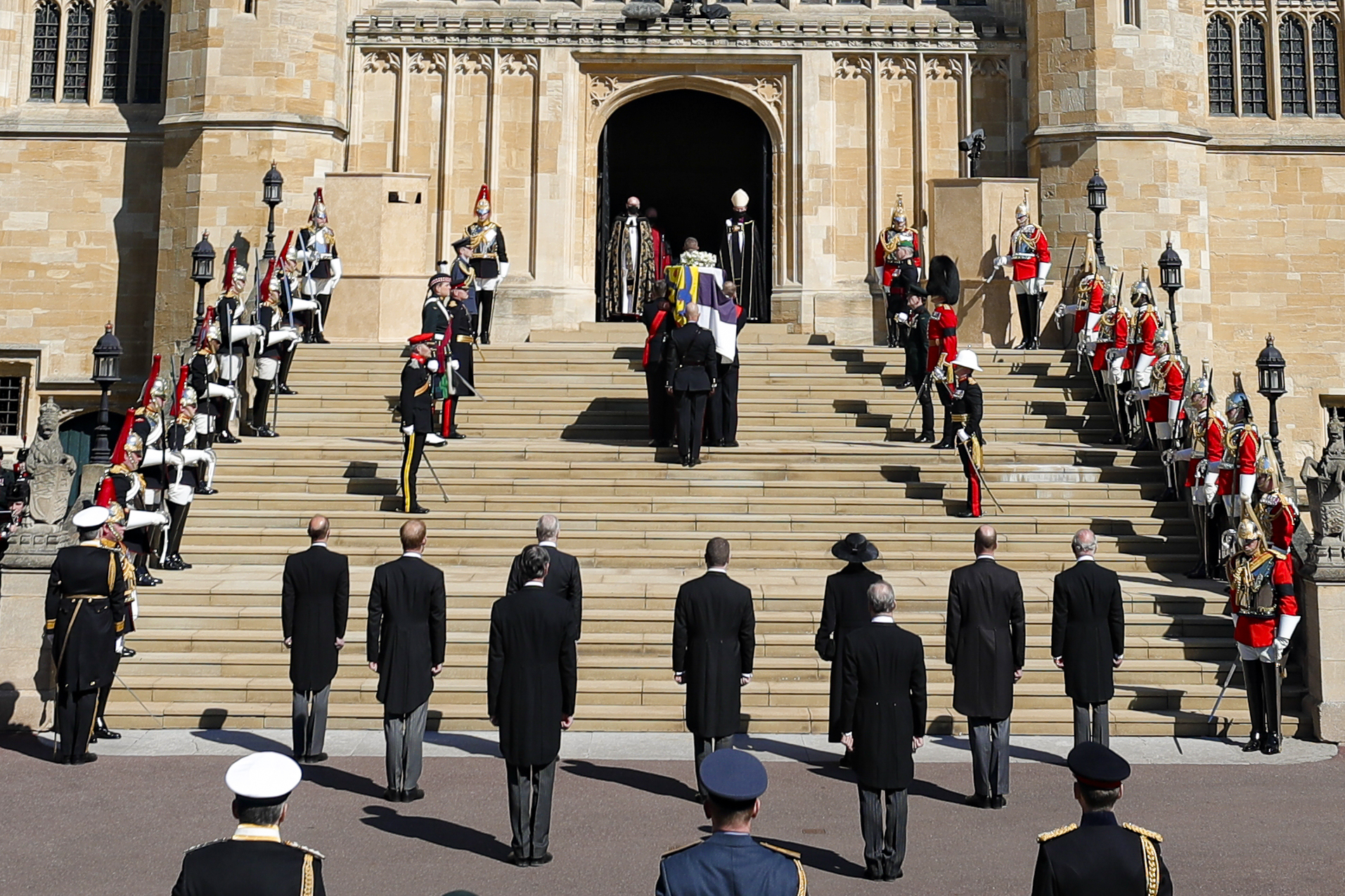 The royal family was blessed with sunshine on a solemn day. 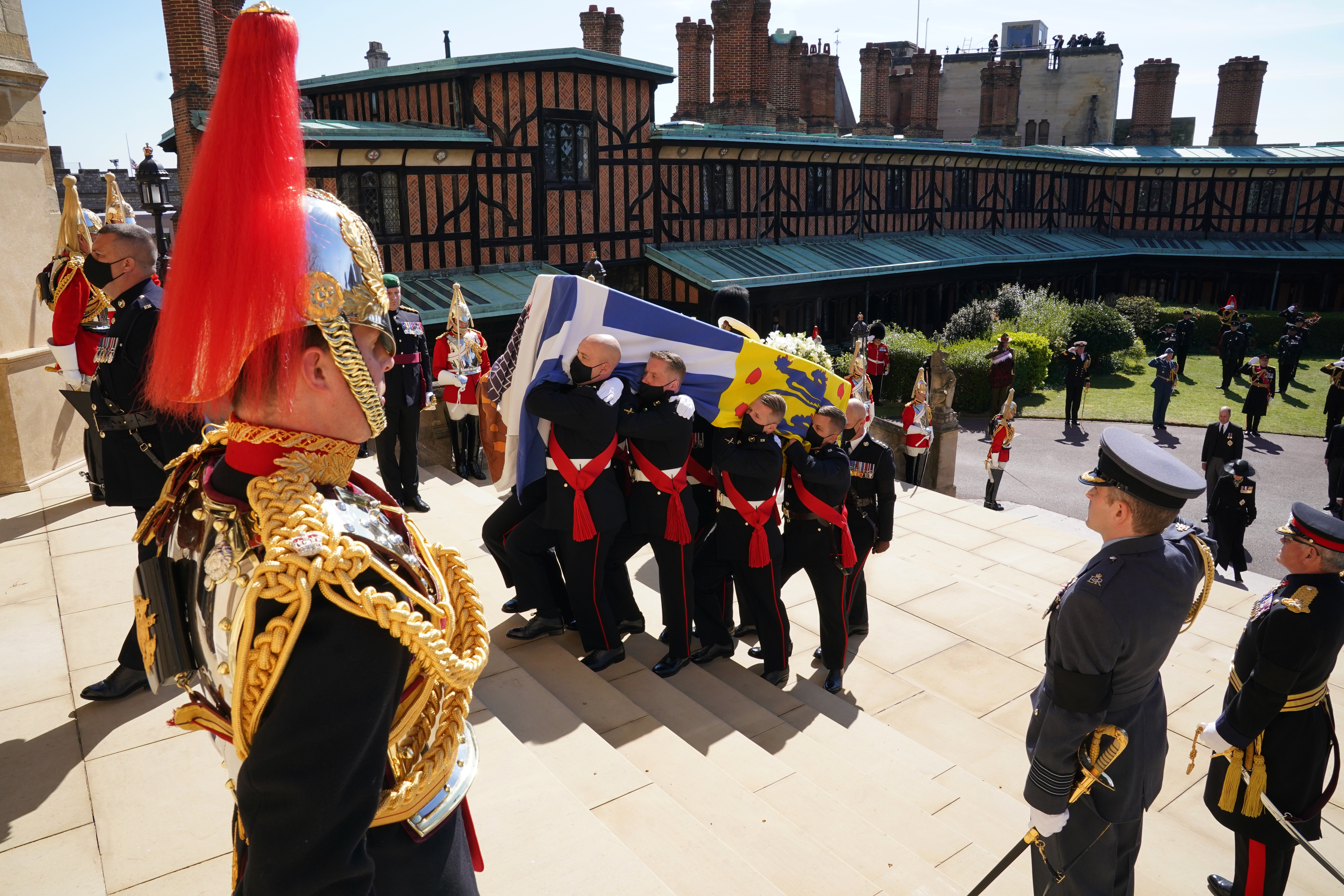 Queen Elizabeth II watched on (left of shot) as pallbearers carried the coffin of her husband into St George’s Chapel. 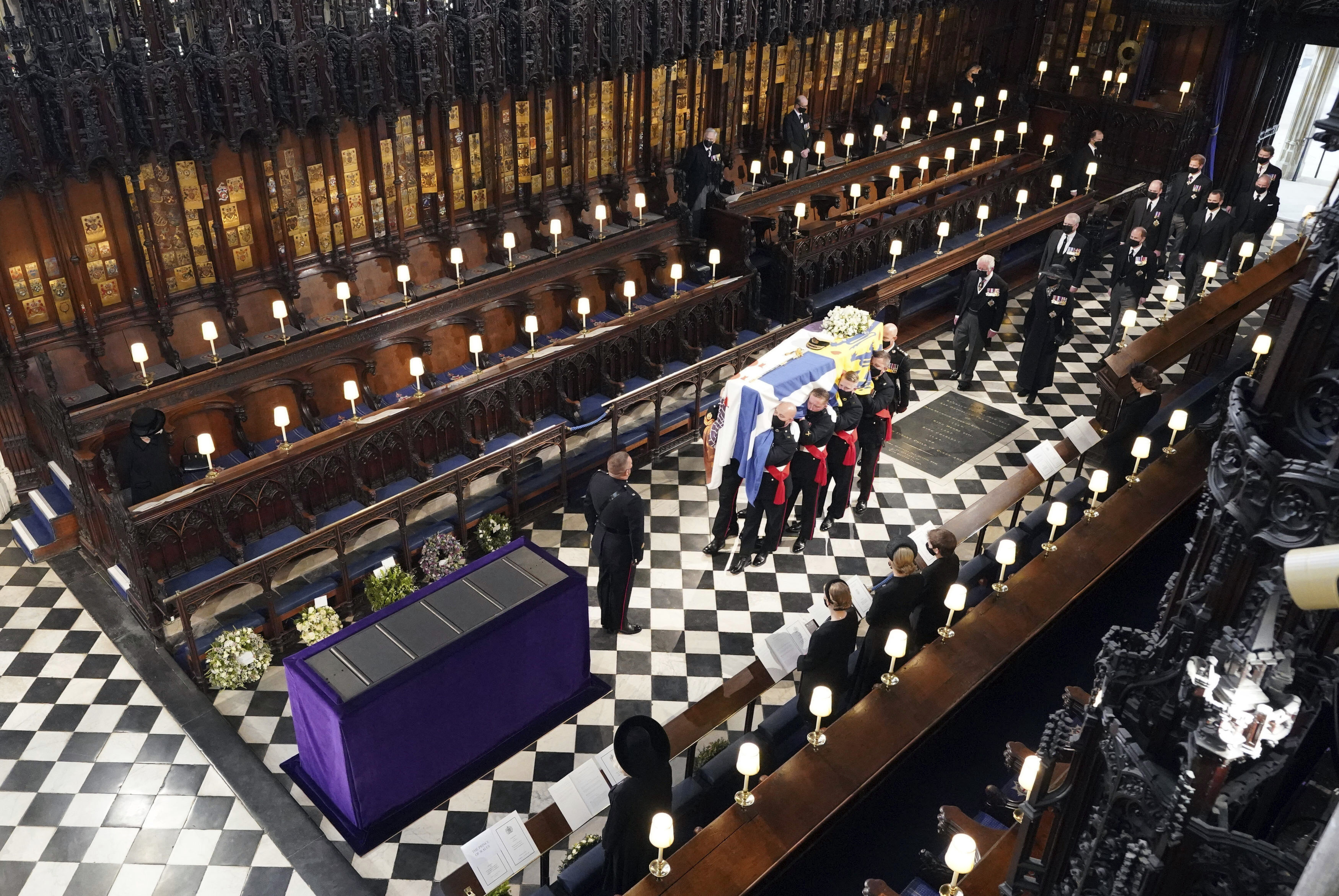 Kate Middleton, the Duchess of Cambridge, was in attendance. A pregnant Meghan Markle watched the events from her home in America after being advised not to travel by a doctor. 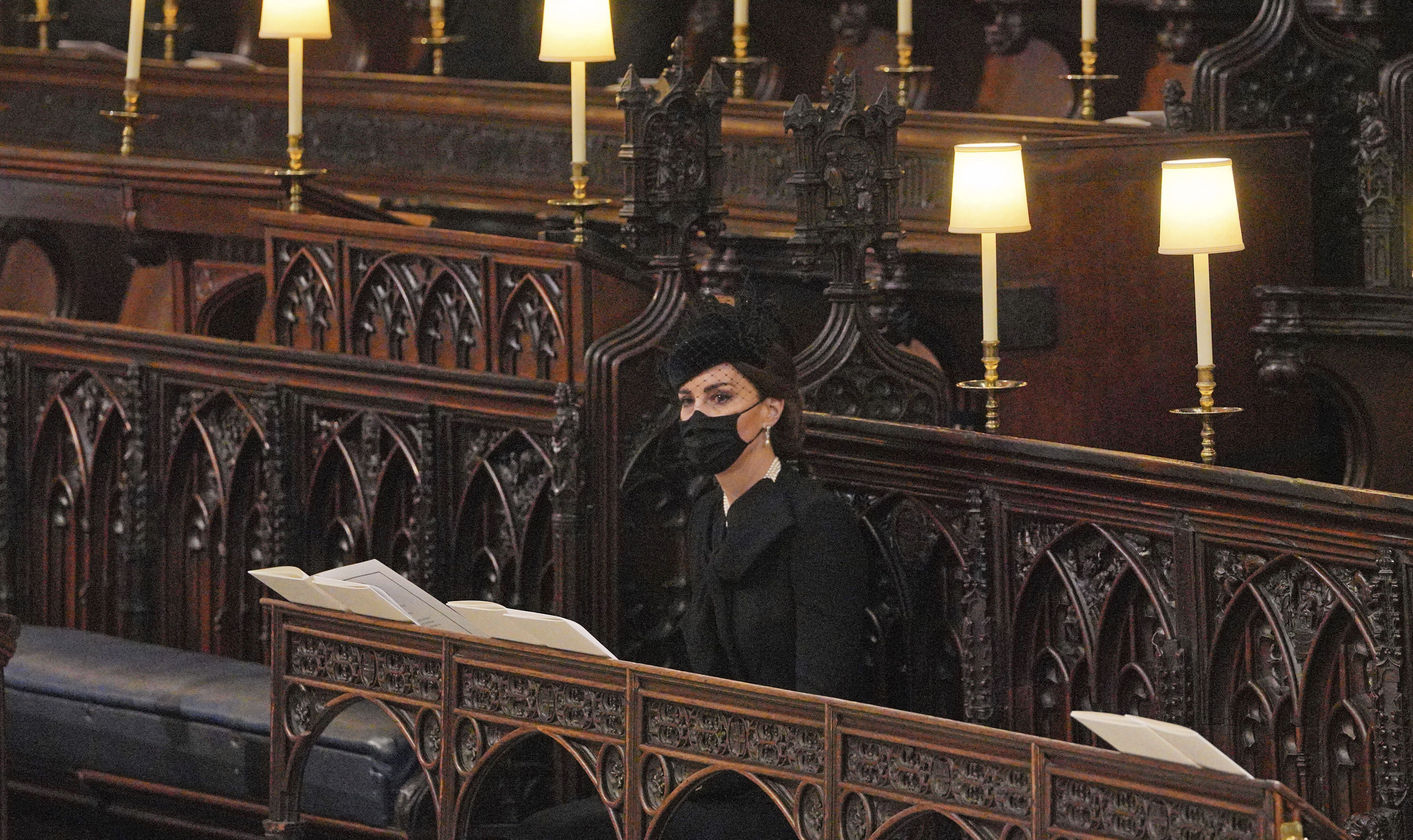 The 30 guests were socially distanced, including the widow Queen. 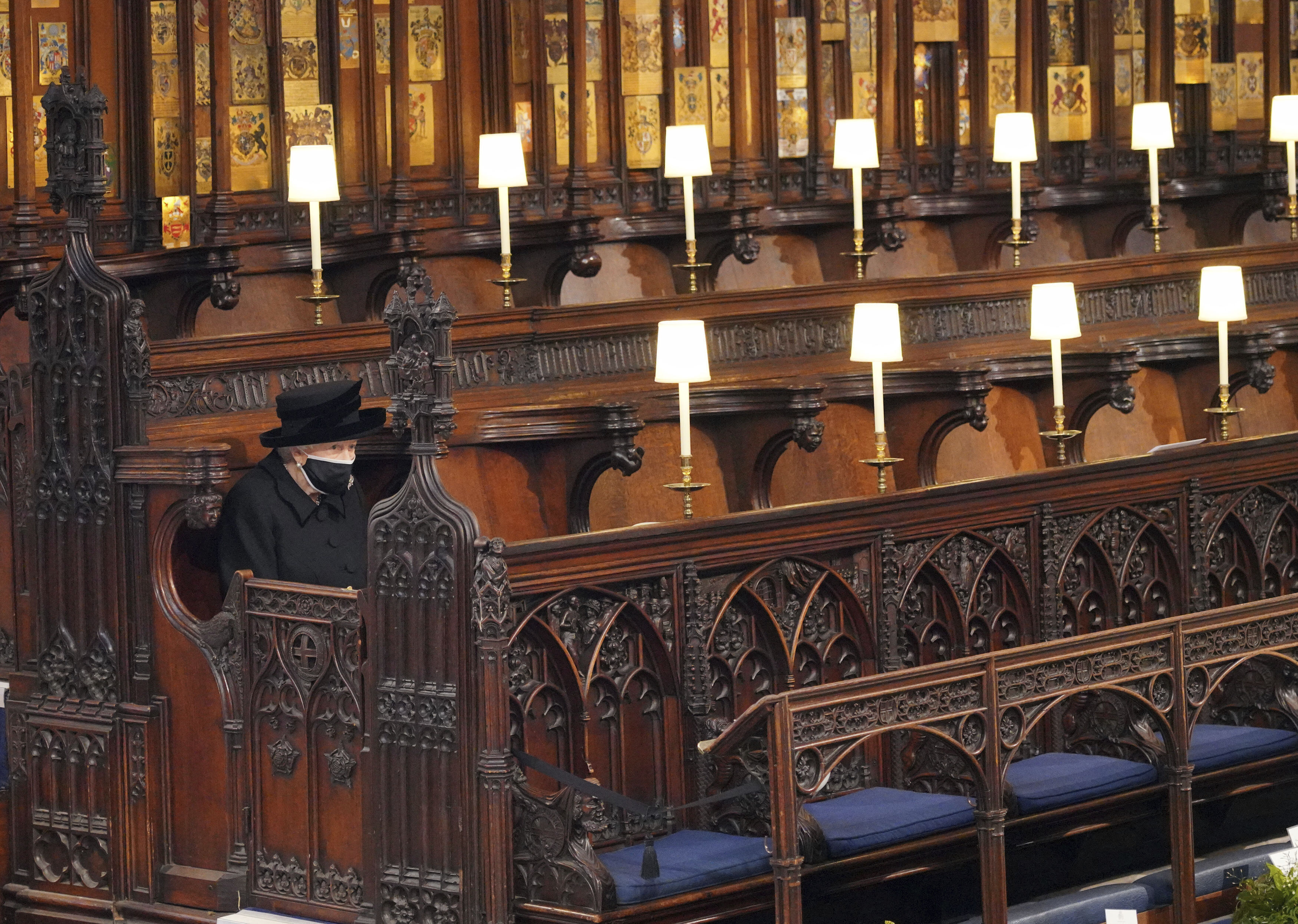 Prince Philip’s coffin rested on the catafalque from which it was lowered into the royal vault at the conclusion of the service. 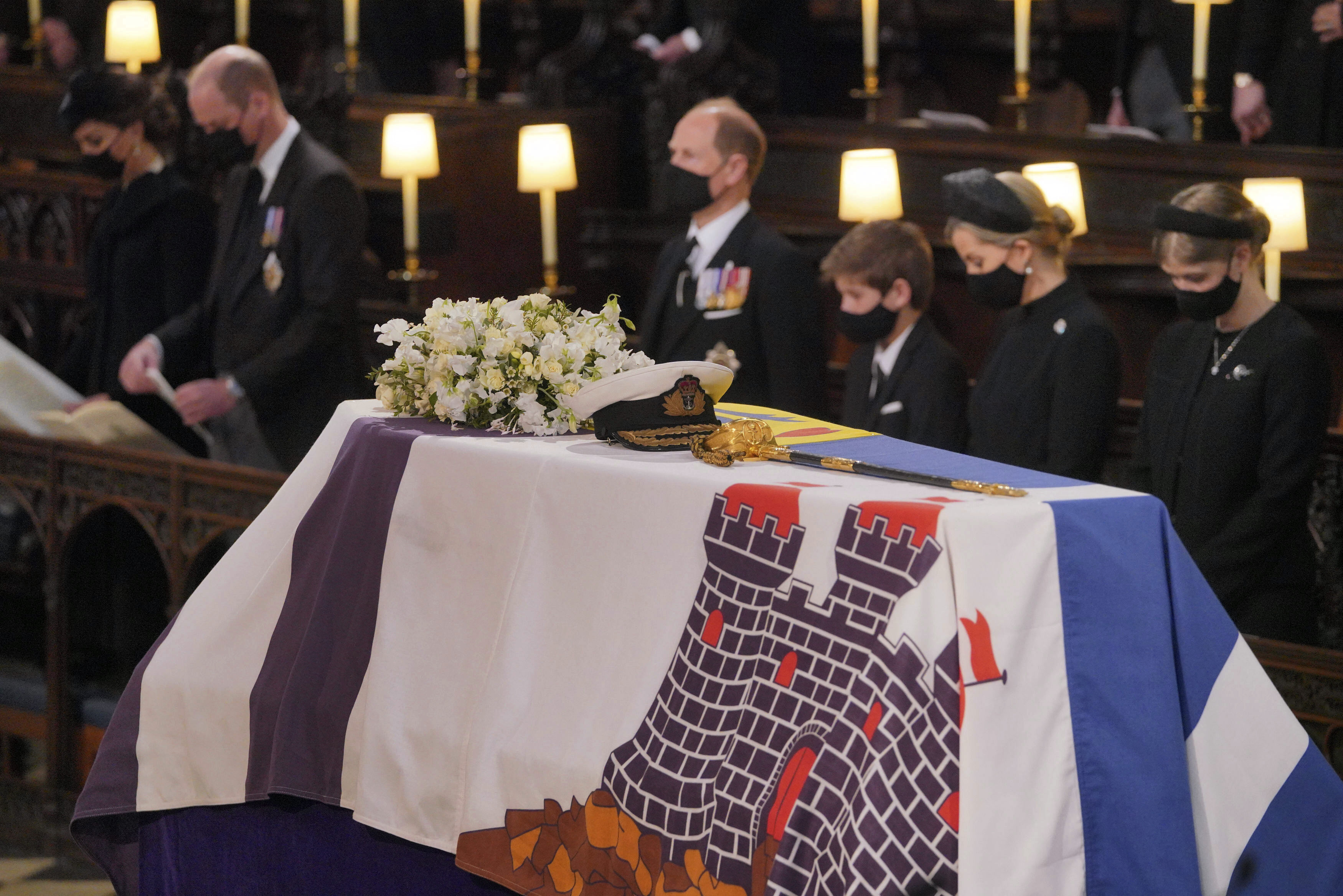 The service was conducted by the Dean of Windsor. In accordance with Prince Philip’s wishes, there was no eulogy. 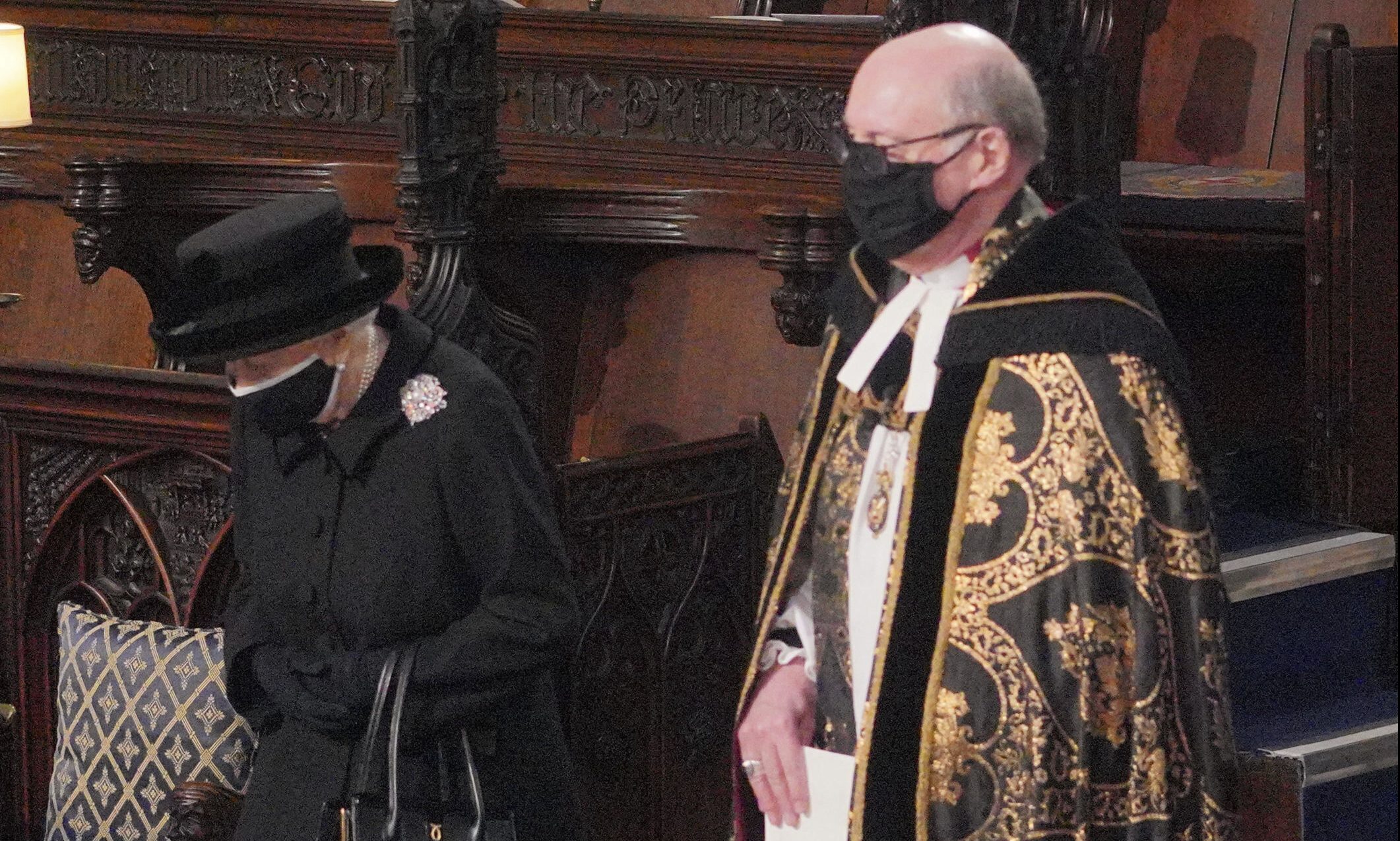 The Archbishop of Canterbury pronounced the blessing and the National Anthem was sung by the choir. 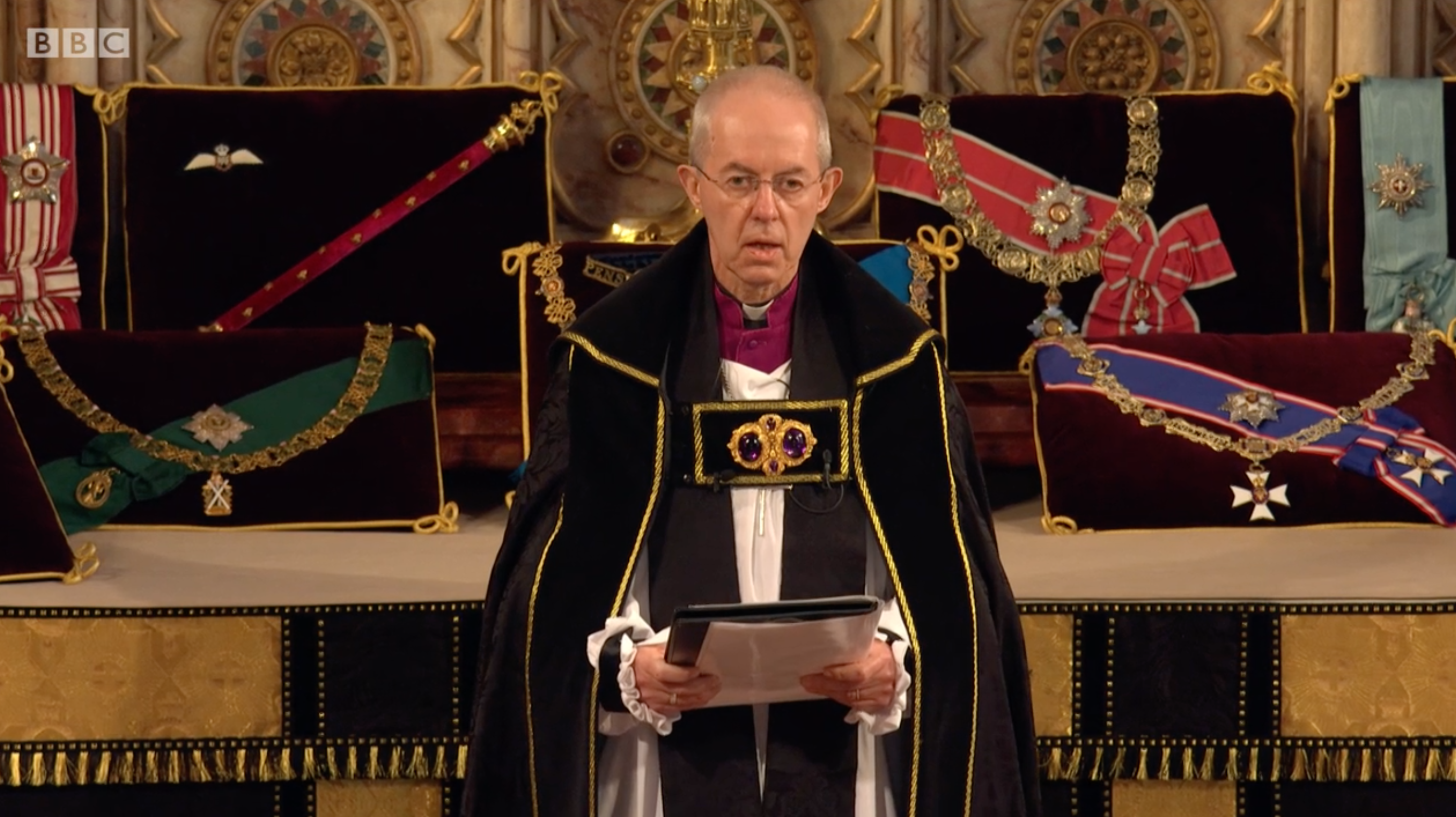 As the congregation exited the chapel, Prince William and Prince Harry were pictured talking. 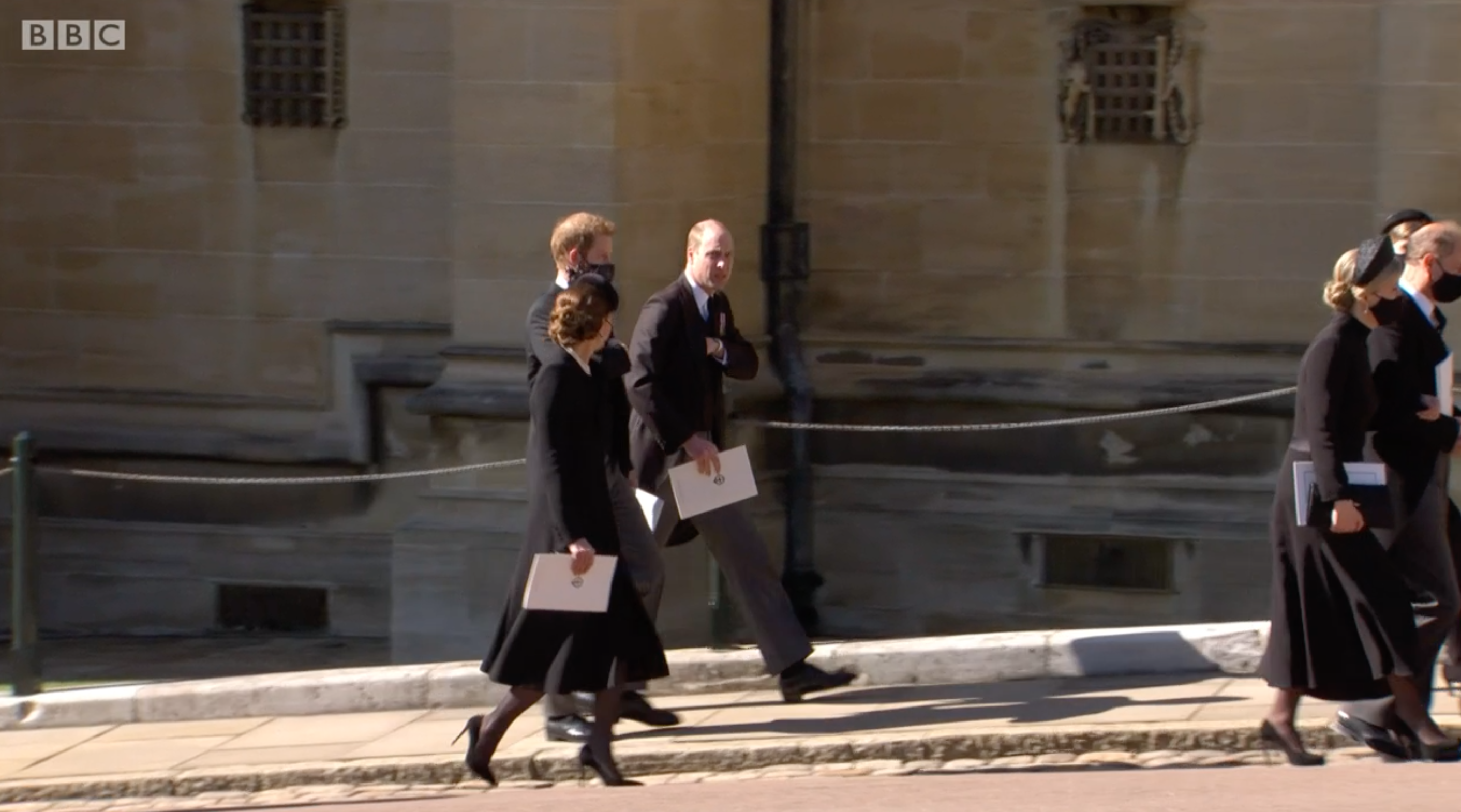 People around Britain paid their respects, including at Piccadilly Circus, London. 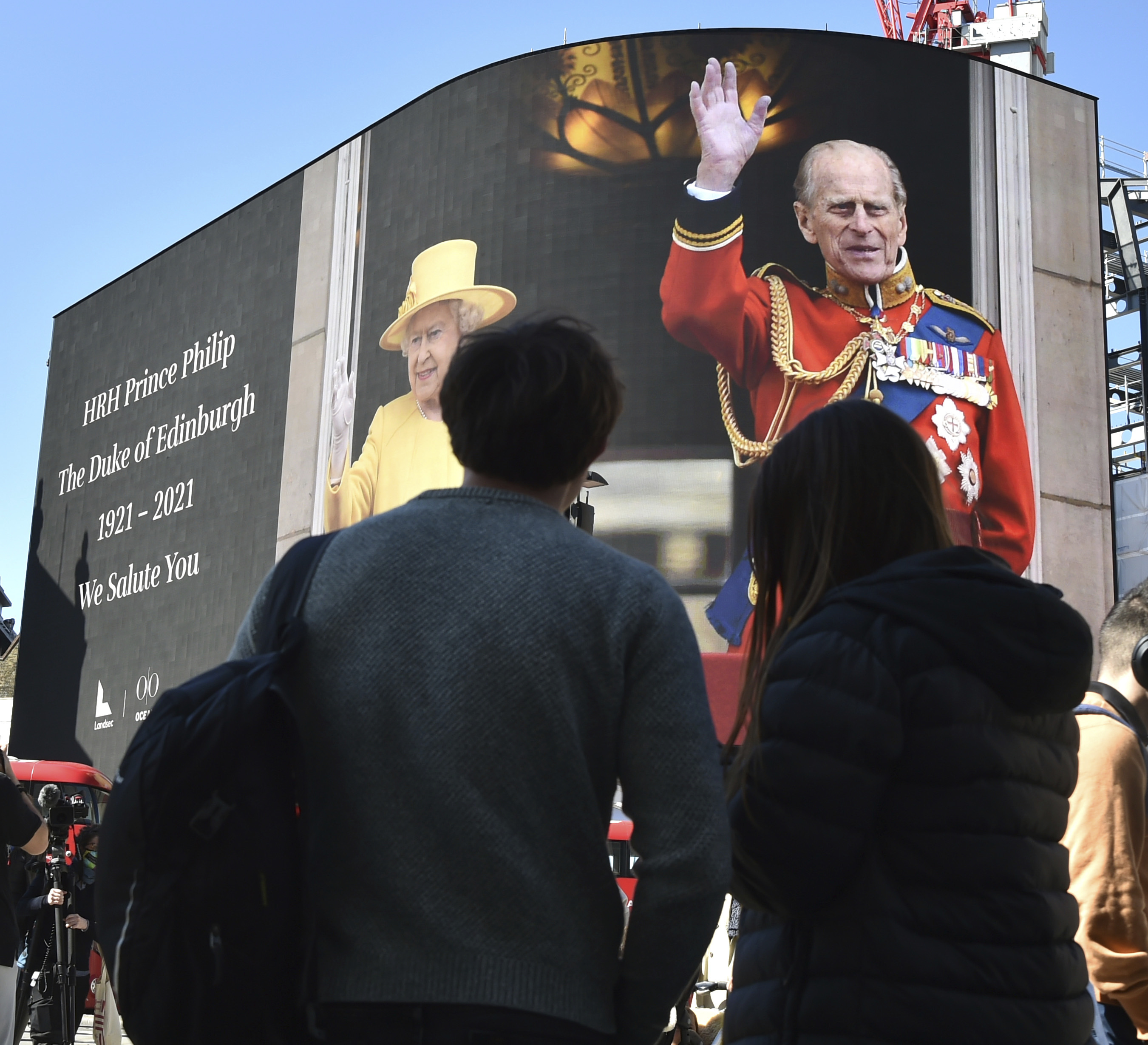