Was a diuretic to blame for Sonja Morgan‘s excessively loopy behavior during a recent episode of The Real Housewives of New York City? 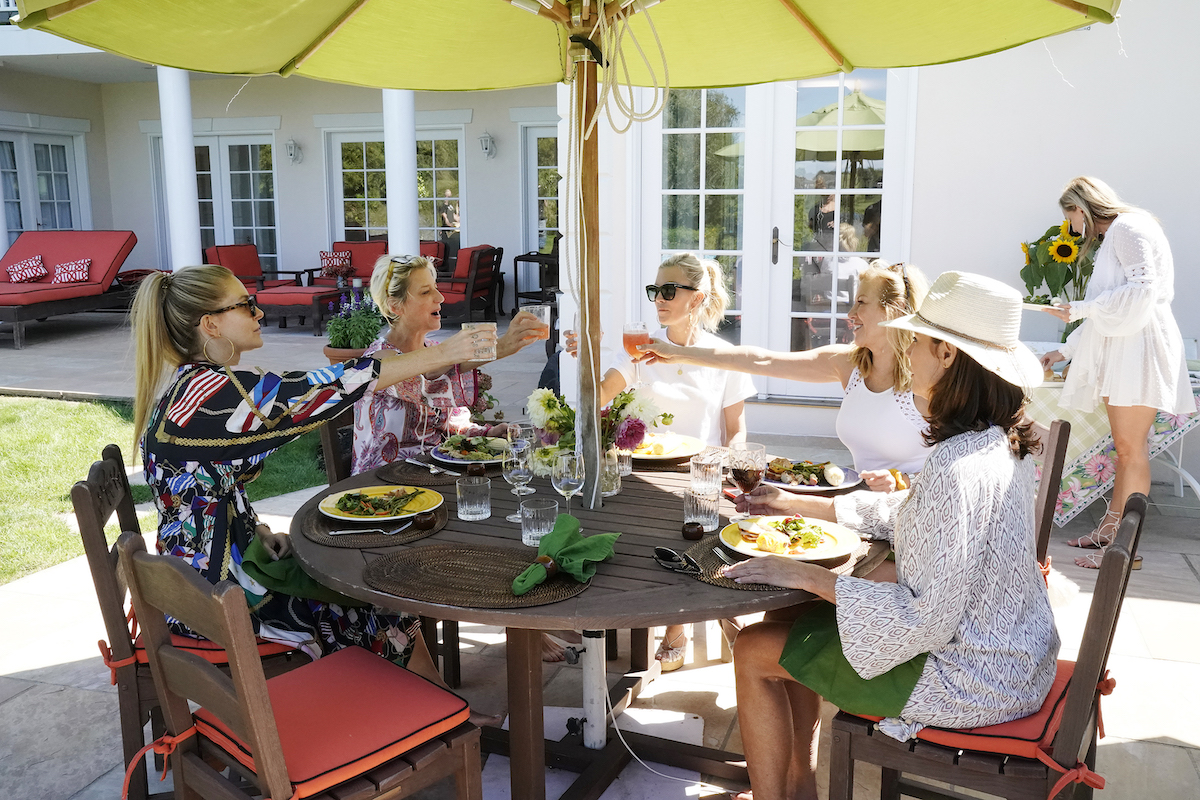 During a cast trip to Mexico, Morgan seems more intoxicated than ever. The cast appears to be extremely concerned about Morgan. They wonder if more is occurring than having one too many strong cocktails. Morgan seems so inebriated, she doesn’t even make it to dinner and Dorinda Medley puts her to bed.

The next morning Morgan believes she has found the reason why she was so loopy. “Ramona, I just went to take my pill that I always take, my water pill,” Morgan tells Ramona Singer during the episode. “And I just Googled it. This drug gives you drunken sailor walk. It’s a water pill to dehydrate you. That’s it! So I didn’t take it today.”

Singer reminds Morgan that she should never mix any medication with alcohol no matter what it is. “The first night of the girl’s trip I’m like a crazy person,” Morgan says to Singer. “After one welcome drink.” Although Singer tells Morgan she doesn’t need a water pill she has to make the dig that she’s still thinner than Morgan.

“Eureka!” Morgan says in a confessional. “Of course I’m walking like a drunken sailor, swaying here to there. I couldn’t figure out what was going on until Ramona and I reviewed my prescriptions and it’s the diuretic, hello!”

“Drinking alcohol with this medicine can cause side effects,” according to Michigan Medicine at the University of Michigan of the diuretic, hydrochlorothiazide.

Do diuretics enhance the effects of alcohol?

Not only can mixing prescription medication and alcohol enhance the effects of alcohol, but the combination can also be dangerous.  “Alcohol can increase blood pressure, which could be counterproductive if one is taking medications to control blood pressure,” Aaron White, a neuroscientist at the NIH told Live Science. “Mixing diuretic medications with alcohol, which is also a diuretic, could contribute to dehydration. For people taking medications for diabetes, drinking alcohol can cause blood sugar to drop too low.”

“Mixing alcohol and other sedatives, like sleeping pills or narcotic pain medications, can cause sleepiness, problems with coordination and potentially suppress brain stem areas tasked with controlling vital reflexes like breathing, heart rate and gagging to clear the airway,” White said adding the combination can be lethal.

One hour countdown til all new episode TONIGHT 9pm after last weeks episode at 8pm. See you in Mexico 🇲🇽 Ever been? #sipandwatch #tequila #cancun #Mexico #travelmexico #sonjamorgan #rhony #bravotv

In a previous episode, Morgan attempts to have her hair done but can hardly hold her head upright. Morgan is seen taking a pill while laying in bed yelling for a woman to come blow dry her hair. She emerges from her bed naked as Singer suggests she put on a robe. “This isn’t making sense how loopy Sonja is,” Singer says in a confessional. “She hasn’t had that much to drink. She must be on some medication that makes her act this way.”

'John Bronco' Resurrects the Macho Seventies Pitchman, Boots and All