Richard Madeley has confirmed that we’ll be seeing him on Good Morning Britain for some time yet, as he will be on our screens for the next month.

Presenter Susanna Reid has been joined by a revolving door of temporary co-hosts following Piers Morgan’s explosive exit earlier this year, after he walked off set during a heated discussion with Alex Beresford.

Alastair Campbell, Martin Lewis and Adil Ray are just some of the names who have slipped into the hot seat over the last few months, with ITV yet to confirm a permanent replacement.

Returning to the series today after a two-week break, Richard revealed that he will be enjoying a longer stint on the GMB panel – amid intense speculation that he could be named as Piers’ full-time replacement on the panel.

‘I’m with you now for a solid month, so I’m sorry,’ he told viewers while kicking off this morning’s instalment.

However, this led to Susanna questioning why he will only be appearing for a month, following reports that he will be joining the I’m A Celebrity… Get Me Out Of Here! 2021 line-up. 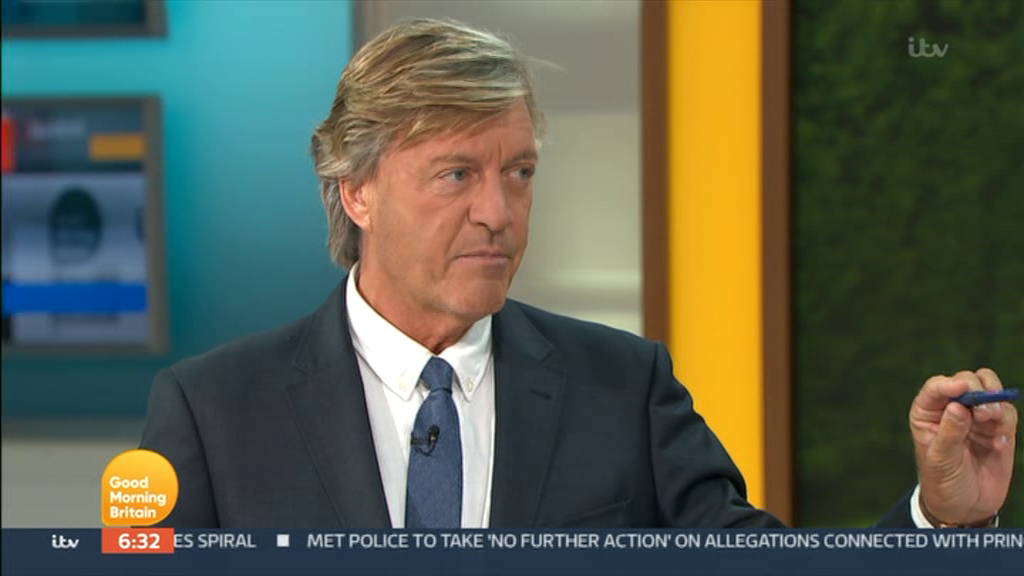 She replied: ‘Are you doing anything in a month’s time, Richard, that means you can’t stay with us for more than a month?’

‘Oh, I see, that story,’ he continued. ‘She’s referring to I’m A Celebrity… Get Me Out Of Here! I’m asked this every year, well most years they ask me to do it and I usually give an equivocal reply.

‘I’ve checked with ITV on what they want me to say about this because I may be going in or I may not be going in.’

‘I checked with ITV and what they said is this, quite a few “names” are linked to the programme at this point each year,’ he added as Susanna joked that she also ‘may or may not be’ going on the series.

‘ITV quite like its people not to confirm or deny, I could be a hare that’s running in the race, or I could not be.

‘I could be a distraction. That’s, I’m afraid, where I have to leave it.’

Good Morning Britain continues on weekdays at 6am on ITV.