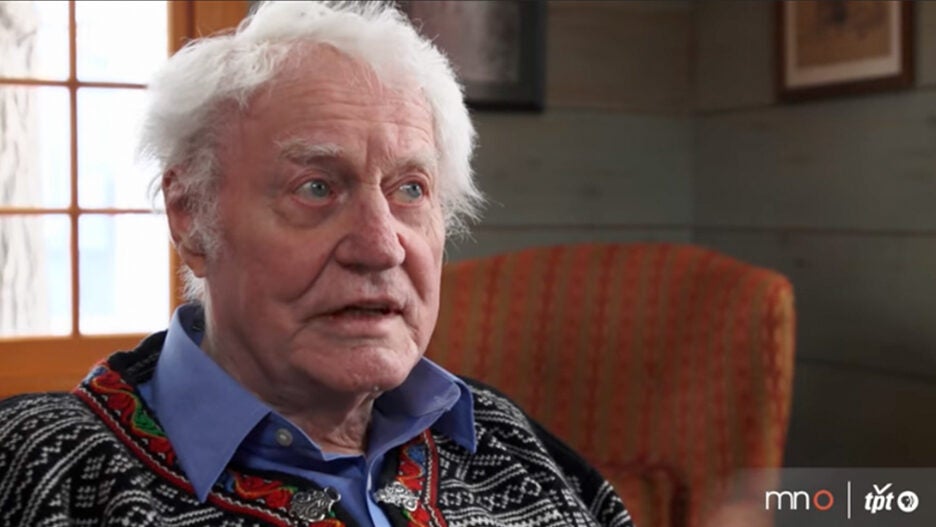 Bly won a National Book Award for his 1967 poetry collection “The Light Around the Body.” According to the New York Times, he donated his $1,000 prize to the draft resistance and was as outspoken in opposing the Vietnam War as he was as an advocate for poetry in modern American life. (He co-founded American Writers Against the Vietnam War.)

But his most famous book — 1990’s “Iron John: A Book About Men” — marked a major departure from his previous work. Exploring fairy tales and myths to tease out the origins of gender roles, he made a case that American men had become too soft and needed to reconnect with their primal nature to become better fathers and leaders.

“There is a tremendous amount of belittling of men that has been going on for a long time in our culture,” he said in an interview several years after the book’s publication.

The book, which spent 62 weeks on the New York Times bestseller list, led to what Bly dubbed a “mythopoetic men’s movement” which included the author leading male-only retreats and seminars that frequently included campfire circles in which participants would don masks, bang on drums, dance and read poetry aloud.

Bly produced more than 25 collections of poetry, plus a dozen more volumes of translations. The British actor Mark Rylance starred in a 2008 Guthrie Theater production of his adaptation of Ibsen’s “Peer Gynt.”

What's Next for the Canceled Golden Globes and Can the HFPA Recover?

Tom Jones admits to having regrets on The Voice ‘How the hell did I let them go?’

Debbie Allen Shares Snapshots from Raven-Symoné's Wedding — and Reveals She Was the Caterer!