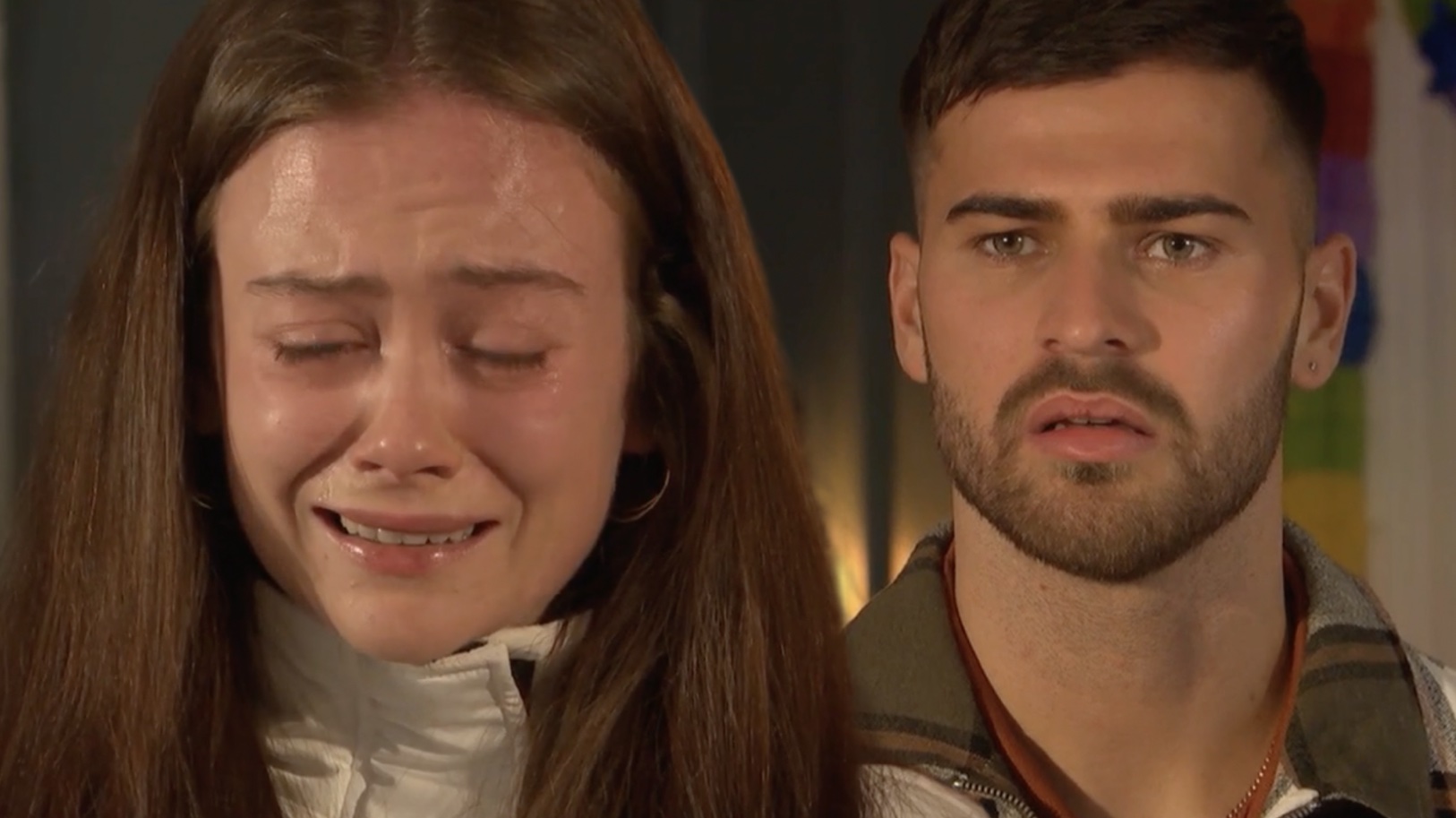 Romeo Nightingale (Owen Warner) was left heartbroken in Hollyoaks as Juliet (Niamh Blackshaw) revealed that not only does she have cancer, but that the treatment isn’t working.

The popular character, as viewers know, left the eponymous village shortly before the festive season, around the very same time his sister was diagnosed.

Juliet told her nearest and dearest about her cancer battle over Christmas dinner, after Romeo’s departure, and they’ve all proven supportive, encouraging her to fight the disease with every fibre of her being.

There was, however, heartbreaking news on the cards, as Juliet discovered earlier this week that her cancer hasn’t responded to the treatment.

The news left her devastated to the core, with ex-lover Peri Lomax (Ruby O’Donnell) offering her support, encouraging her to tell her family the truth about what the doctors had told her.

Juliet resolved to do just that, but Donna-Marie Quinn (Lucy-Jo Hudson) jumped to conclusions, believing that her daughter had reunited with Peri, which made things somewhat more difficult for Jules, as she revealed that her cancer treatment isn’t working.

Romeo, who returned to the village during the previous episode, was heartbroken, with this being the first time that he’s been made aware of his sister’s diagnosis.

Juliet explained that she’s been offered a secondary, more aggressive, form of treatment, which she hopes will prove more effective than the first, and her loved ones made it clear that they will help her through this.

Hollyoaks continues Monday January 23 at 7pm on E4, or stream the next episode from midnight on Monday on All4.