Ryan Murphy is the king of keeping fans on the edge of their seats during his many successful shows. Between Glee, American Horror Story, and now Hollywood, Murphy knows how to put on a good show. And he also knows how to have fun with his fans. Turns out, he’s having a little too much fun while in quarantine and decided to hint at an American Horror Story spinoff. But don’t believe him so easily. 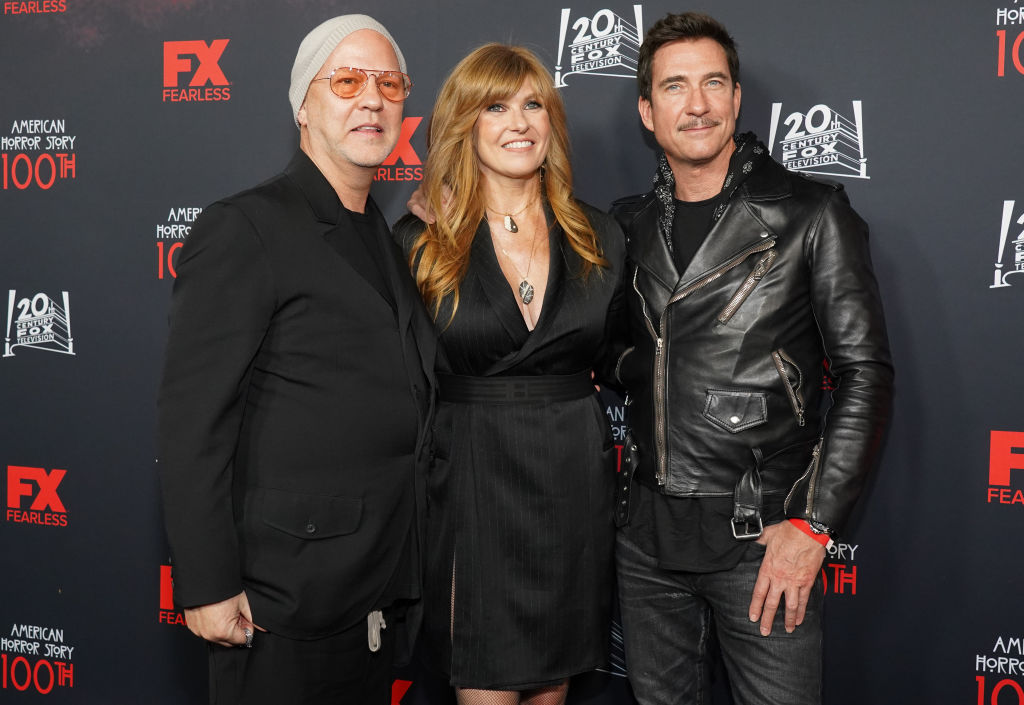 On May 11, Murphy posted an image to his official Instagram. It was a zoom meeting with all the major actors and actresses from American Horror Story so far. Evan Peters was there, so was Kathy Bates, Billie Lourd, and more. Even Taissa Farmiga showed up and so did the legendary Jessica Lange. The caption read:

“American Horror Story” cast zoom call…where we reminisced about the good times…the spin off we’re doing called “American Horror Stories” (one hour contained episodes)…when we will start filming the next season of the mothership…and other stuff I cannot print. It was so much fun and I’m glad we caught up. I miss everyone!

“American Horror Story” cast zoom call…where we reminisced about the good times…the spin off we're doing called "American Horror Stories" (one hour contained episodes)…when we will start filming the next season of the mothership…and other stuff I cannot print. It was so much fun and I'm glad we caught up. I miss everyone!

As you could assume, this caused fans to go into a frenzy on Twitter and more. What it could mean? The use of “mothership” could allude to the famed alien theme some fans have wanted since Asylum. Whatever it meant, it seemed like an actual Zoom call, since Murphy wrote, “glad we caught up.” So it had to mean something, right?

Well, unfortunately, not really. The vague nature of the post isn’t out of the ordinary for Murphy. But fans on Twitter weren’t so quick to believe him. One account, @ahszone, tweeted the news and then wrote, “Yes, this is a fan edit.”

And if you look closely on the image Murphy shared, there’s a watermark already on it that reads, @thehorrorstory. And if you go to their page, the edit is there, posted on May 10. Their caption was, “American Horror Story: Zoom Reunion” [A concept] ✨ If only this was real… 🥺😏 @mrrpmurphy @ahsfx”

So, there’s proof that Murphy didn’t actually have a Zoom call with the cast. Or if he did, this isn’t the image from said call. Now, who’s to say that there isn’t some special quarantine edition American Horror Story spinoff planned for the future? TVLine is reporting this spinoff as fact, and he just didn’t share the actual Zoom image. But, with Ryan Murphy, you can never know.

What do we know about the upcoming Season 10

When it comes to what we do actually know about upcoming American Horror Story seasons is about Season 10. In February, Murphy announced the cast list and it was stacked with fan-favorites like Peters, Bates, Sarah Paulson, and a newcomer, Macaulay Culkin. And Culkin’s character has to do some really explicit stuff, according to the actor. The announcement was set with a backdrop of a beach, so many think it has to do with water, a coastal town, or something along those lines.

But, on May 5, Murphy told The Wrap that Season 10 was very “weather dependent” and because of coronavirus production shutdowns, it’ll have to wait. That theme might not happen anymore since he can swap season themes around if he wants to, because the series is renewed through Season 13.

It’s very unclear what the future holds, but with Murphy’s track record, it’ll be entertaining.