The Salisbury Poisonings will premiere at 9pm on BBC One this evening, drawing attention to an incident that saw Sergei and Yulia Skripal poisoned in a Wiltshire restaurant in March 2018. Treated as attempted murder, it sparked international outrage as then Prime Minister Theresa May identified the nerve agent used as Novichok – a Russian-developed chemical weapon. Days later, Mrs May said Russia was responsible for the incident and announced the expulsion of 23 Russian diplomats in retaliation. Russian President Vladimir Putin was having none of it, though.

He compared the world’s response to the disappearance of Saudi journalist Jamal Khashoggi with its reaction to the poisoning of the ex-Russian spy and cited lack of proof in both cases.

Speaking in October 2018, Putin said that despite a lack of evidence proving Russian involvement in the poisoning of Skripal and his daughter, punitive actions were immediately taken against Moscow.

In contrast, he pointed out, that did not happen with Riyadh following Khashoggi’s disappearance.

He said: “There’s no proof in regards to Russia, but steps are taken. 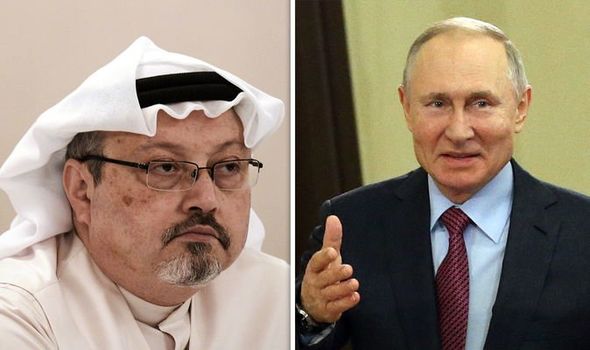 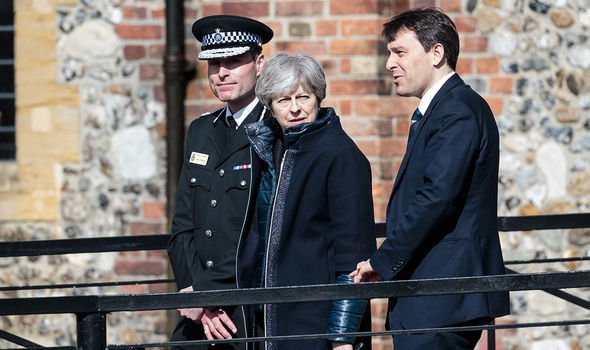 “Here, people say that a murder happened in Istanbul, but no steps are taken. People need to figure out a single approach to these kinds of problems.”

Khashoggi was a journalist who wrote critical columns about the Saudi kingdom for the Washington Post.

He disappeared on October 2 when he entered the Saudi consulate in Istanbul to obtain documents for his planned marriage to a Turkish citizen.

Despite Turkish authorities pinning the blame for Khashoggi’s murder on Riyadh – claiming to have video and audio proof to back it up – the US was reluctant to point the finger at the Saudis. 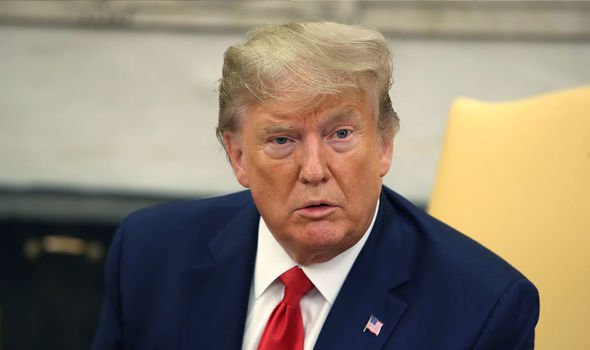 US President Donald Trump even floated the theory that perhaps “rogue killers” were responsible for the journalist’s disappearance.

An investigation later confirmed that the perpetrators were agents of the Saudi government.

Khashoggi was lured to the consulate building on the pretext of providing him papers for his upcoming wedding before he was ambushed, suffocated and dismembered by a 15-man hit squad. 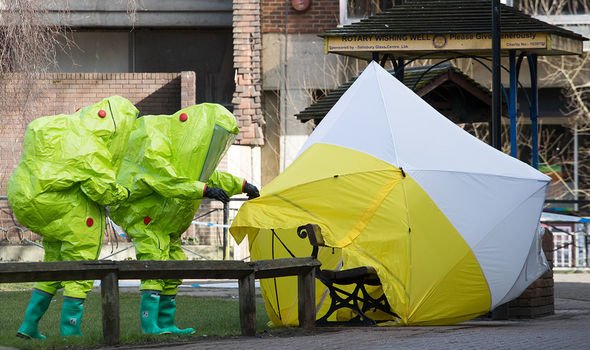 Turkish authorities concluded that Khashoggi was strangled as soon as he entered the building and his body was disposed of.

The Saudi government engaged in an extensive effort to cover-up the killing, including destroying evidence.

Although five men were sentenced to death for the killing, human rights group Amnesty International called the verdict a “whitewash” as the men were “essentially foot soldiers” rather than those truly pulling the strings.

Asked in 2018 whether Moscow would respond to the Khashoggi disappearance, Putin said Russia still did not have enough details to take any action.

He asked: “Why do we need to take some steps towards the deterioration of our relations if we don’t understand what is happening?

“But if someone understands and someone believes that the murder occurred, then I hope that some evidence will be provided.”

When does RuPaul's Drag Race start on the BBC, will 'The Queen' be on it and who could guest star?