Your upcoming special is The 12 J's of Christmas. What does Christmas mean to you?

Pretty much just puns. My whole career has been moving towards being able to have a Christmas show with a terrible pun in the title. 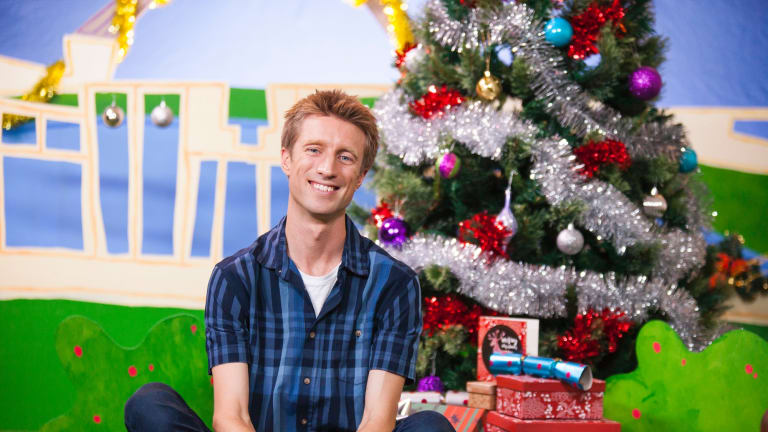 Sammy J on politics: ‘As a citizen I would like things to be more stable and better-run. But as a comedian I say bring on the chaos, because it gives us plenty to work with.’

Was there any discussion of you possibly being rendered in stop-motion animation?

We discussed it for months on end, and then took a look at our budget and decided to go the traditional live action route.

As someone from an ordinary typical Aussie background, how have you dealt with becoming a sex symbol?

Look, I'll need you to elaborate and give me specific names and addresses of those who believe that to be the case.

Well it's a common refrain in showbusiness: "men want to be Sammy J, women want to be with Sammy J". Does that startle you in any way?

Well I'm suspicious as to the veracity of the claim, but if you say things online about yourself long enough in unknown forums, then of course it starts to become the truth.

You play the piano. Why?

This is the absolute truth: I started playing the piano so I could make fun of my teachers, because they were offended when I told jokes about them, but when I sang songs about them they all tapped their toes along and smiled nicely without really listening to the lyrics. It's amazing what you can get away with when there's a tune accompanying it.

Are you a classically trained musician?

No, I'm self-taught, but I feel like whatever you're doing, if you smile at the same time, people will believe you can do it.

Something I've always wondered: do you know what the pedals on a piano do?

I know that the one on the right is the one that makes a note last longer. The others I'm not so sure.

Some of your material for the ABC is quite political. What is your prescription for the political landscape of the country?

Oh man … that's a big area. As a citizen I would like things to be more stable and better-run. But as a comedian I say bring on the chaos, because it gives us plenty to work with. There's a tension there – I'm happier at work than I am at home watching the news.

Do you get pissed off when you watch Insiders and they're trying to be funny?

Look, the finest comedian in the land could not write a sketch more enjoyable than watching Gerard Henderson and David Marr do battle on the couch.

In your Political Playground, you speak to the Australian people as if we're all young children. Is that the key to changing this country?

If it is, then I've failed dismally, because I've been doing it for coming up to two years, and I've made little impact. But it's had a surprising amount of cut-through, because now I get stopped in the playground by grandmothers with their toddlers, who recognise me because their toddlers have been watching Playground Politics.

They know you're not actually Play School don't they?

They do, but the show sticks quite firmly to the rules of Play School.

It does – you don't break character, you don't wink to the audience.

Exactly, and there's a huge temptation too, because you could get more laughs that way initially, but you lose the purity of the world. To see Jemima or Big Ted drop an f-bomb would be very funny, but this is not the show for that.

Are you working on a show where Jemima drops the f-bomb?

I've got several pitches sitting on desks at the ABC that I'm not at liberty to discuss.

Are you still on good terms with Randy, or have you had a rift?

No, no rift. We hang out regularly, we've been doing spots on Charlie Pickering's The Weekly Gogglebox parody, that's been really fun. We continue to write together, but it's sort of nice not having the pressure that we're reliant on each other. We've seen with other duos: think Lennon-McCartney, it didn't end well. We're more like an open marriage, where we can pleasure ourselves, pleasure each other, and have fun in between.

I get the feeling when you write together, you do most of the actual writing.

Much to Randy's chagrin, I am the eternal scribe. Plus, Randy paces. He's a pacer.

Sammy J: The Twelve J's of Christmas is on ABC Comedy Thursday, December 13, at 9.30pm.

The Good Doctor: Why was Dr Melendez killed off? Was someone else supposed to die?