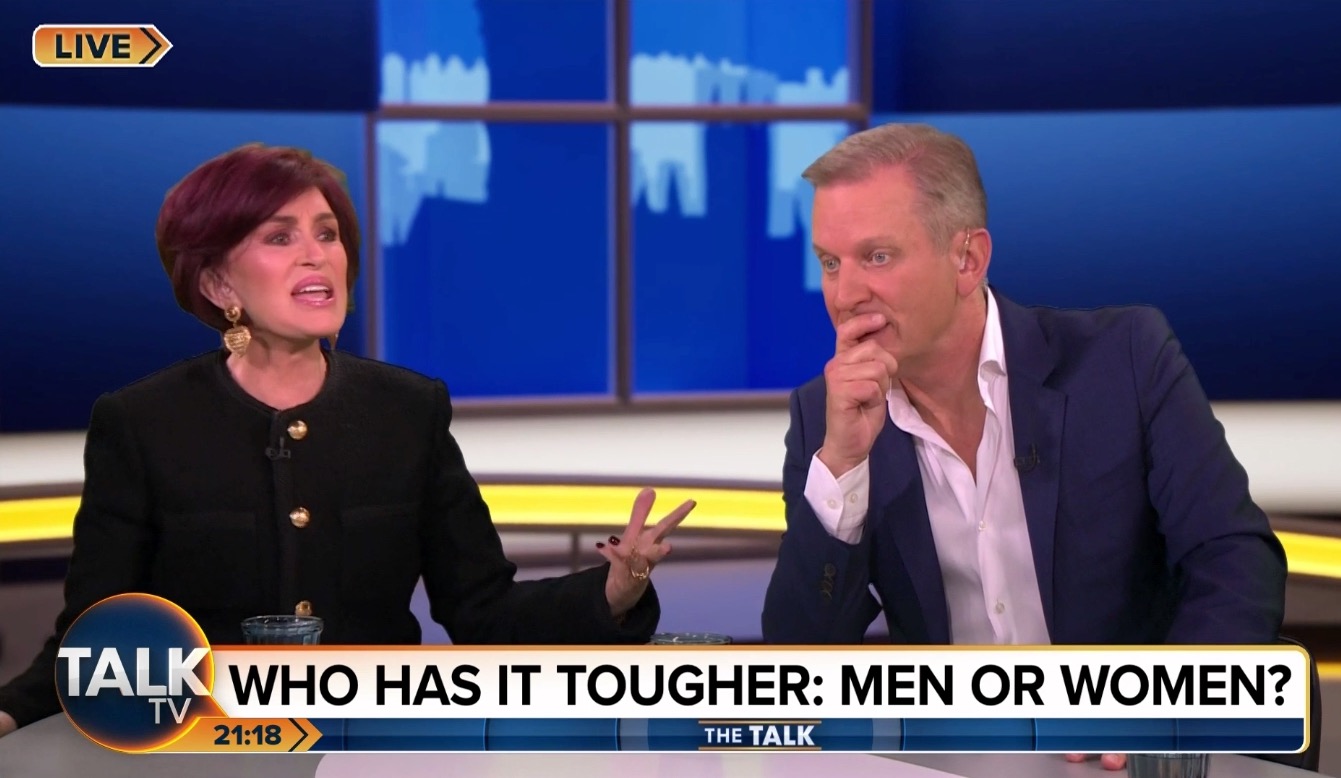 Sharon Osbourne’s new TV programme The Talk on TalkTV has kicked off to a peculiar start, as she raved over how ‘attractive’ she found Vladimir Putin when he rode on a horse topless.

Tonight, Sharon returned to TV screens following her dramatic fallout from a US talk show last year – ironically also named The Talk – after she became embroiled in a heated row over racism live on-air.

On the launch night of the channel, the 69-year-old was joined by Jeremy Kyle, commentators JJ Anisiobi and Esther Krakue and actor Nicola Thorp to discuss some of the most talked-about newslines of the day, including Elon Musk’s multi-billion pound deal with Twitter and the misogyny directed at Angela Rayner.

At one point, the conversation was steered towards discussing the treatment of men and women in politics, leading to the panelists rating the attractiveness of male politicians.

After Esther asked Nicola to name any male politicians deemed ‘attractive’, Sharon piped up, exclaiming that she had one to suggest.

‘I can! Putin! When he was on the back of that horse, barechested. He looked insane!’ she remarked, as Jeremy held a hand over his mouth in shock over her comment.

As the pictures of Putin riding on a horse with his top off in 2009 were shown on screen, one of the panellists commented off-camera: ‘He is insane.’

Nicola continued to emphasise that there is a difference in the way women are treated over their appearances, stating: ‘We can’t deny that there’s an overwhelming amount of pressure for women to look a certain way, ie, sexualised, and it doesn’t happen with men.’

‘Is Sharon Osbourne saying that the Angela Rayner incident is OK cos she thinks Vladimir Putin looked “insane” while riding a horse topless?’ another wrote.

Last week, Putin declared victory in Mariupol, claiming that he had ‘liberated’ the Ukrainian city, despite his forces spending weeks reducing it to rubble.

Over the weekend, Ukrainian President Volodymyr Zelensky claimed that Russia is routinely sending Ukrainian citizens to ‘filtration’ centres, which he compared to Nazi concentration camps.

When Sharon opened her new show on TalkTV, she appeared to make a subtle dig at the US version of The Talk, which she was fired following a race row, having defending Piers Morgan over his remarks on Meghan Markle.

‘I’m Sharon Osbourne and it’s great to be back on your screens and even greater to be employed. Now it’s our first show tonight, and it’s going to be fabulous,’ she said in her introduction.

The Talk airs weeknights at 9pm on TalkTV.