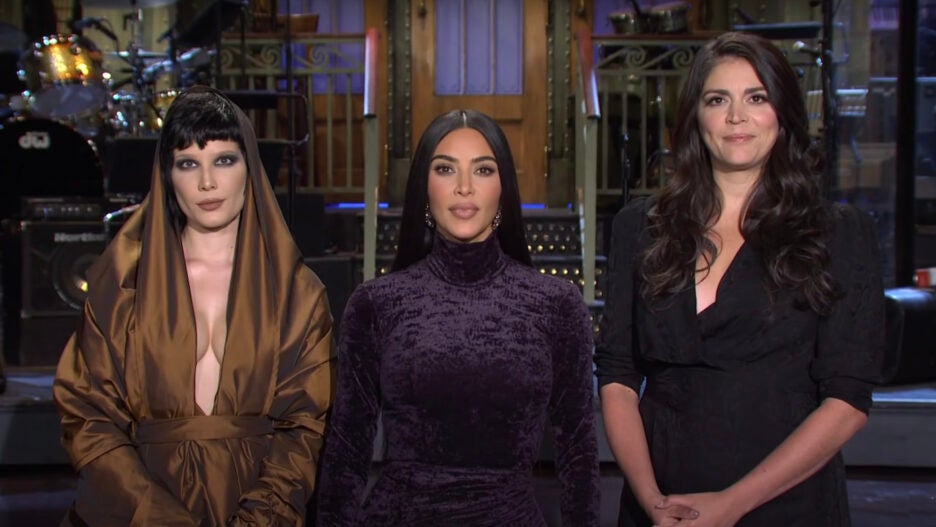 “Saturday Night Live” began the second episode of Season 47 with a cold open that tackled the Facebook whistleblower’s testimony in congress, although the joke was largely on the U.S. senators asking the questions.

“SNL” cast member Heidi Gardner played Frances Haugen, a former product manager at Facebook who has gone public with internal documents and damaging revelations about the social media company. But the cold open sketch was less focused on Haugen blowing the lid off of Facebook’s damaging business practices than it was on making light of U.S. senators not quite understanding Facebook – or the internet at large.

“My question is, I have 2,000 friends on Facebook. Is that good?” Cecily Strong asked as Senator Dianne Feinstein. Kyle Mooney’s Senator John Kennedy then followed up by asking where the algorithm is and how big is it.

Check it out below:

Aidy Bryant’s Ted Cruz landed the biggest jokes, asking “How do you turn off that feature on Facebook where everyone comments on all your posts and says, ‘You’re bad’ and they hate you?” Cruz followed up by noting he’s seen groups with “hateful names” like “Ted Cruz Sucks” and “Ted Cruz Is the Zodiac Killer.”

The sketch also found the senators sharing various memes and asking Haugen what they meant, while James Austin Johnson – a new “SNL” cast member this season who made his debut last week as President Joe Biden – debuted an impression as Senator Lindsey Graham.

The sketch concluded by throwing to a “special message” from Alex Moffat as a creepy Mark Zuckerberg, before instead pitching to a video of Pete Davidson as the OG social media founder: Tom from MySpace. Davidson got the last line of the cold open, as he launched into the credits with a “Live from New York it’s Saturday night!”