Home » TV & Movies » So, why is Coronation Street winning every award going? Easy 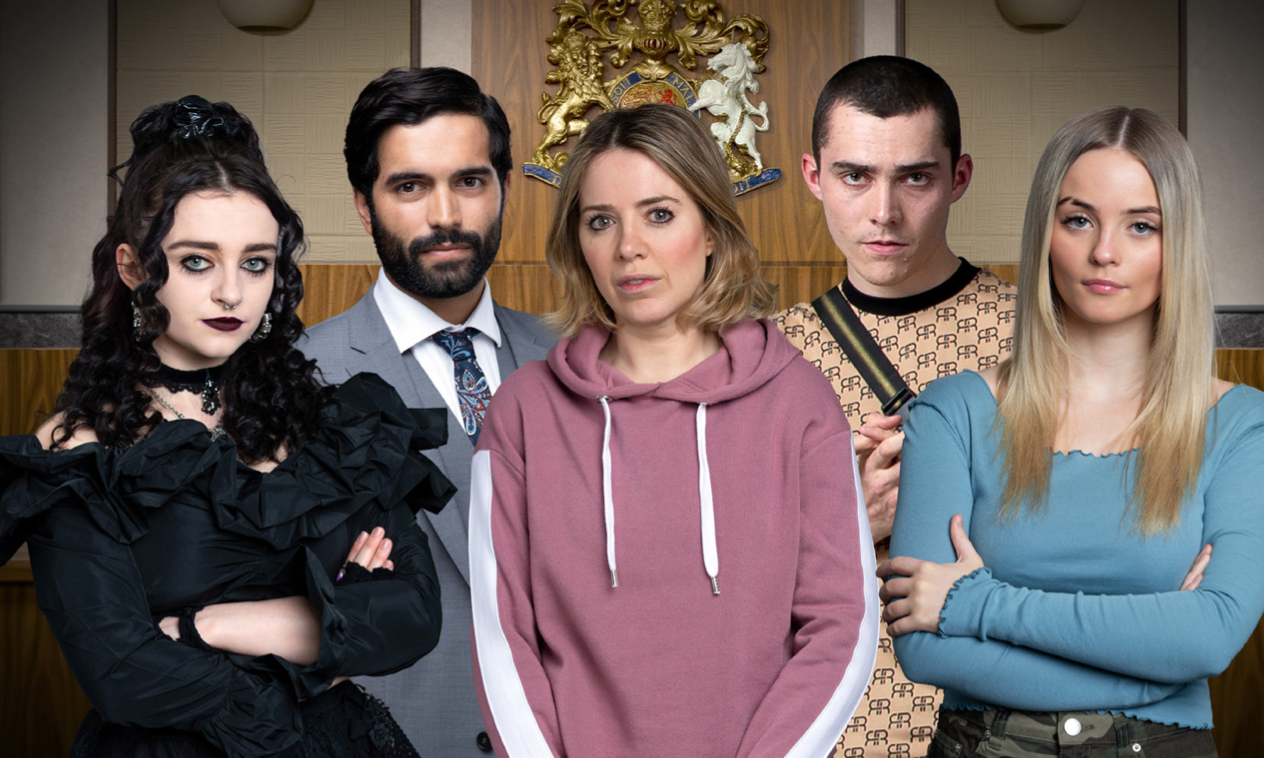 Over 60 years old, people are on the verge of retiring, ready to take it easy and feel like they could be losing their edge.

Coronation Street is entering its prime all over again and has been for at least the last two years. Soaps go through peaks and troughs and Corrie is the same as any in the genre.

Coronation Street’s wave of success isn’t because it has weak opposition from its rivals. It’s winning everything – most importantly, fan and critical acclaim – because it is nailing the soap era, without being too obviously cliche to it.

Put simply, all the ingredients for a perfect soap are present; community, humour, excitement, relationships, twists, passion, villainy and tragedy.

But Corrie is modernising it and pushing the boundaries while staying true to its roots and for a show that is six decades old, it would be so much easier to fall into the trap of desperately recapturing the Corrie of old.

Corrie’s charm and drama is still there but the fact that it attracts die hard fans that weren’t born until 40 years after its very inception is an incredible feat.

When I first interviewed Iain MacLeod when he took over the role after a successful tenure at Coronation Street, he used an interesting phrase of being excited to have a new toybox to play with.

Hit with the pandemic amid one of its biggest ever storylines, many wouldn’t blame Corrie to lose momentum and give up for a while.

But Iain and his team are not playing with a toybox here. They are keeping an institution thriving and somehow, despite every challenge TV has faced over the last two years, Corrie is stronger than it has been in a long time.

Kate Oates held a fantastic tenure with stories including the death of Aidan Connor by suicide – a story which absolutely touched my heart in such a relatable way. Away from that and the vitally issue led storyline of Bethany’s grooming and abuse, the show also embraced it’s more eccentric side with the serial killer antics of Pat Phelan.

A changing of the guard had a lot to live up to but Iain is used to the rodeo of following in Kate’s footsteps.

Coronation Street has swept the boards at the TV Choice Awards, the NTAs and the TRIC Awards. No mean feat, considering formidable opposition, sometimes with actors of their own in the same category which risks splitting the vote.

But fans and critics alike know quality when they see it and it is fairly unprecedented for a soap to be so unanimously successful.

So what’s the secret? Well it’s not so secret. It’s obvious. Let’s break it down, soap fan to soap fan.

Almost everyone seems to be being utilised, with storyline strands merging to involve more cast interaction and a sharing of the spotlight.

Gone are the times when the show was dominated by Gary’s crimes and Gemma’s antics. The balance has been well and truly found.

Yasmeen’s saga pulled in a variety of strong characters; with amazing supporting performances of the likes of Charlie de Melo, Sally Dynevor and Joe Duttine.

The ongoing hate crime storyline has impacted the whole Street and in the middle of these huge storylines, the show is not ignoring the rest of the cast.

The older cast are about to get our emotions bursting but complete with the humour that Norris has deserved for his funeral.

Todd’s storyline has dominated and is a different type of story and Carla and Peter’s troubles have created a huge stir. Daniel is about to get hit with one of show’s bigger storylines and the journey of Shona and David has been engaging to watch.

And that is just an example of what we have seen. The Alahans are finally getting the material they deserve, Roy jumps effectively between Carla and Nina’s stories, providing a human influence of warmth and strength among the dismay. And the arrival of Jade gave Tyrone and Fiz the best material they have had in years; the ongoing troubles faced by Hope would be an ideal time to bring her back and really flesh out both her character and Hope, while providing Fiz more to focus on than Tyrone’s indecisiveness.

Sally Carman has been given the chance to showcase the best of her outstanding ability and Michael le Vell has gone from supporting sideline character to central. Toyah, having been significantly underused, is finally getting some meat in her storylines. Long overdue.

Jane Danson has been an absolute revelation and the mix of Leanne, Nick, Toyah, Imran, Natasha, Sam, Tracy and Steve in the heartbreaking tragedy of Oliver’s passing has been effective; and Corrie has been true to its word when it said it would have a long lasting impact, with plots branching off from the initial arc.

Screentime for Jenny, newcomer Daisy, Alya, Ryan and Emma has also been most welcome while the slow burn investment in the Bailey family looks to be paying off, with James’ subtle but powerful sexuality and race storylines and the sinister promise of Grace being explored fully.

I could go on but, you know, word counts.

It’s very easy for a soap to want to tick off an issue and then not go all the way with it. Headlines, awards, done. Easy.

Not with Corrie. They have really committed to their hard hitting storylines, ignoring a small sub-section of ‘omg this is dragging on too long’ criticism.

Yasmeen’s storyline, pitched by the fantastic talent that is Amy Coombs and executed by a huge array of talented writers and executed.

It was played out over longer than we realised, seeds being planted from the beginning of ‘happy go lucky’ Geoff’s arrival. Like the nature of coercive abuse, it was slow nature and subtle. By the time it got more obvious to outsiders, Yasmeen was already trapped. The storyline was raw and hardhitting but Corrie were not for rushing it.

The same can now be said for Nina and Seb’s storyline. Seb’s murder and a few weeks of in your face grief would have been the failing of this storyline. The story was worked on with Sophie Lancaster’s mum and her foundation and it would have been a failure to both them and viewers to have half-assed a story like this.

The investment, the avoidance of toning down the violent and aggressive tones and the writing has been sublime. Difficult to watch, as it should be.

Coronation Street fans who claim that the show is too dark and is not funny anymore clearly haven’t been watching. The cutting dialogue is still there in spades.

Gone is the slapstick of exploding waterbeds and jacuzzis coming through roofs. Yawn.

Instead, the humour relies on character interaction, misunderstandings and quips. Some of the actors can make me belly laugh just from a sarcastic look. Tracy Barlow has been utterly reinvented, Emma’s endearing misunderstandings are a joy to behold and, despite a pretty forced start, the toning down of Maureen Lipman’s Evelyn has made her a worthy battleaxe with just the right amount of concealed heart.

George and Eileen’s relationship is giving Sue Cleaver the chance to remind us that she is achingly funny after years of serial killer and human trafficking misery and Tony Maudsley complements her perfectly.

Sue Devaney’s comic timing as Debbie is camp as Christmas and all the better for it and we don’t even need to bring up Sharon’s now iconic ‘avvvv it!’ meme.

And we will forever love the Platts, interactions between Gail, David and Audrey being always good for some human comedy and Sally retains the crown as the funniest snob in soap history, while also retaining the origins of her character that the wannabe MP would rather forget.

The 10,000th episode was a jewel in the soap crown, almost able to rival Blanche’s AA Meeting.

It’s easy to bring back characters such as Jim McDonald Curly Watts for the sheer sake of it but there always needs to be a reason.

The fact that Coronation Street has delved into the rich history and selected unexpected comebacks that have effortlessly slipped back in after decades. Who’d have plucked out Sharon Gaskell and Debbie Webster from a cast list for returns and yet they are now indisputable queens of the cobbles.

Never let Sue Devaney leave again please. Zeedan’s return will add rich material to the Nazir clan after they have proven their worth at the heart of Corrie and Freda’s comeback for Norris’ funeral also cleverly allows her to become part of Gemma and Aled’s story.

Writing and the cast

The team of writers are pumping out pure Corrie at a time when it’s never been harder in the industry. Editors, production teams and directors have had to double their efforts to work around restrictions and still provide award winning drama.

They key to Corrie is the dialogue and relationships. And that has been restored impeccably with friendship and romantic groups as well as engaging community scenes which included saving the Street itself all shining through the challenges.

The cast is absolutely strong, with difficult storylines showing just what a talented group of actors the Weatherfield soap has. Hence the size of the cast and lack of axings.

Why fix what’s not broken?

Investing in the future

Let’s talk about the young cast for a second. Has there ever been an era of young actors who have been handed extremely heavy material where not one single actor isn’t just not a weak link but would be considered a star of the future.

They are proof that Coronation Street will remain long after you and I are gone; the next generation are already smashing it out of the park. Corrie is safe in their hands.

Netflix era, it’s hard to create a buzz with live TV on terrestrial channels. Yet Corrie has been talked about, created a buzz and attracted important discussions all over the place.

The buzz around the show has been infectious and led people to vote and that is a huge credit to everyone who works on the show, who watches the show and supports it.

To trend regularly on social media, to win viewer and critic voted awards time and time again and with the promise of much more to come as one huge storyline wraps, only for three more to come to the fore is a massive achievement for the so called dying genre.

Corrie is absolutely nailing it. And they deserve every gong on their shelf, which much now be creaking under the pressure.