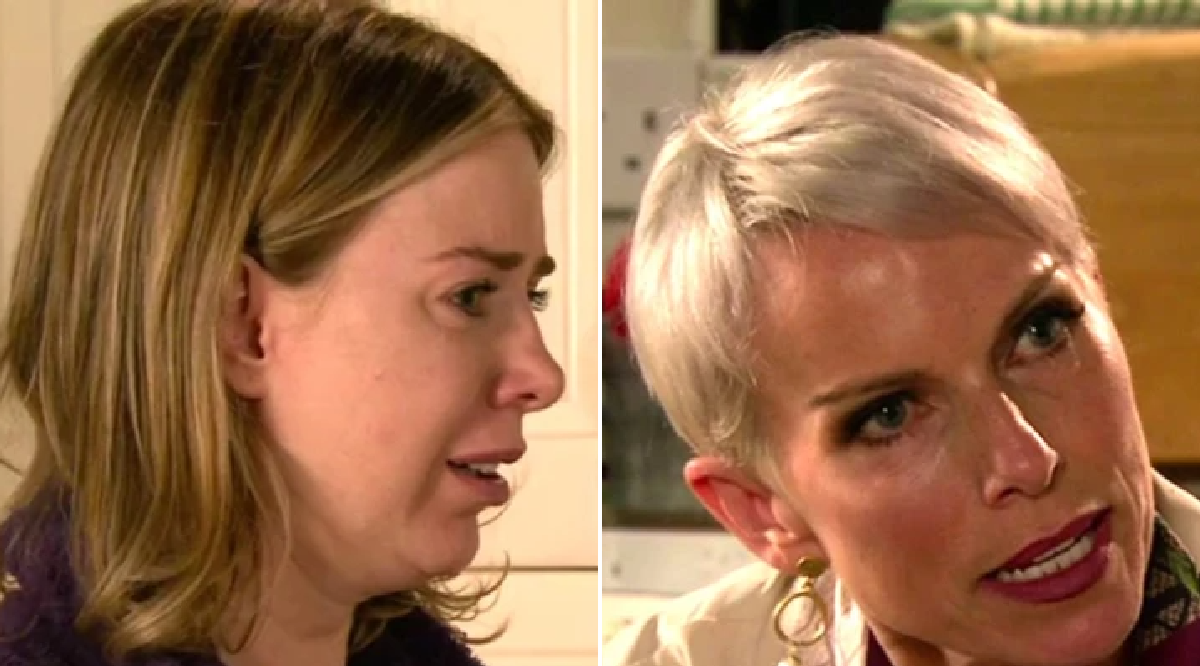 Abi Franklin (Sally Carman) made her return to Coronation Street tonight and as suspected, the grieving mother isn’t coping.

For the past few weeks, Kevin (Michael Le Vell) has been going out of his mind with worry, desperate to find missing Abi and bring her home.

After bumping into Tez (Stephen Lord) last week, Kevin left an emotional voicemail to Abi, begging for her to come back.

Tonight, she did just that.

Kevin embraced Abi, completely overjoyed to have her home.

But as Kev and Jack made their way to the Bistro for a celebratory takeaway, Abi met up with Tez, pushing for him to hand ‘it’ over.

Tez told Abi that he hopes what she’s planning will make her feel better and for Abi, it appears the only thing that will help her move on from Seb’s (Harry Visinoni) murder is shooting his murderer – Corey (Maximus Evans) – dead.

But with the deadly week in Weatherfield fast approaching, will Abi’s revenge plan go ahead?

We know Corey and Abi will find themselves trapped in the sewers after the Platt’s sinkhole collapses, but will Abi make the first move?

Or will Corey work out what she’s doing and attempt to murder Abi instead?