Home » TV & Movies » Spoilers: David's shock in Emmerdale as his ex falls off a cliff in accident 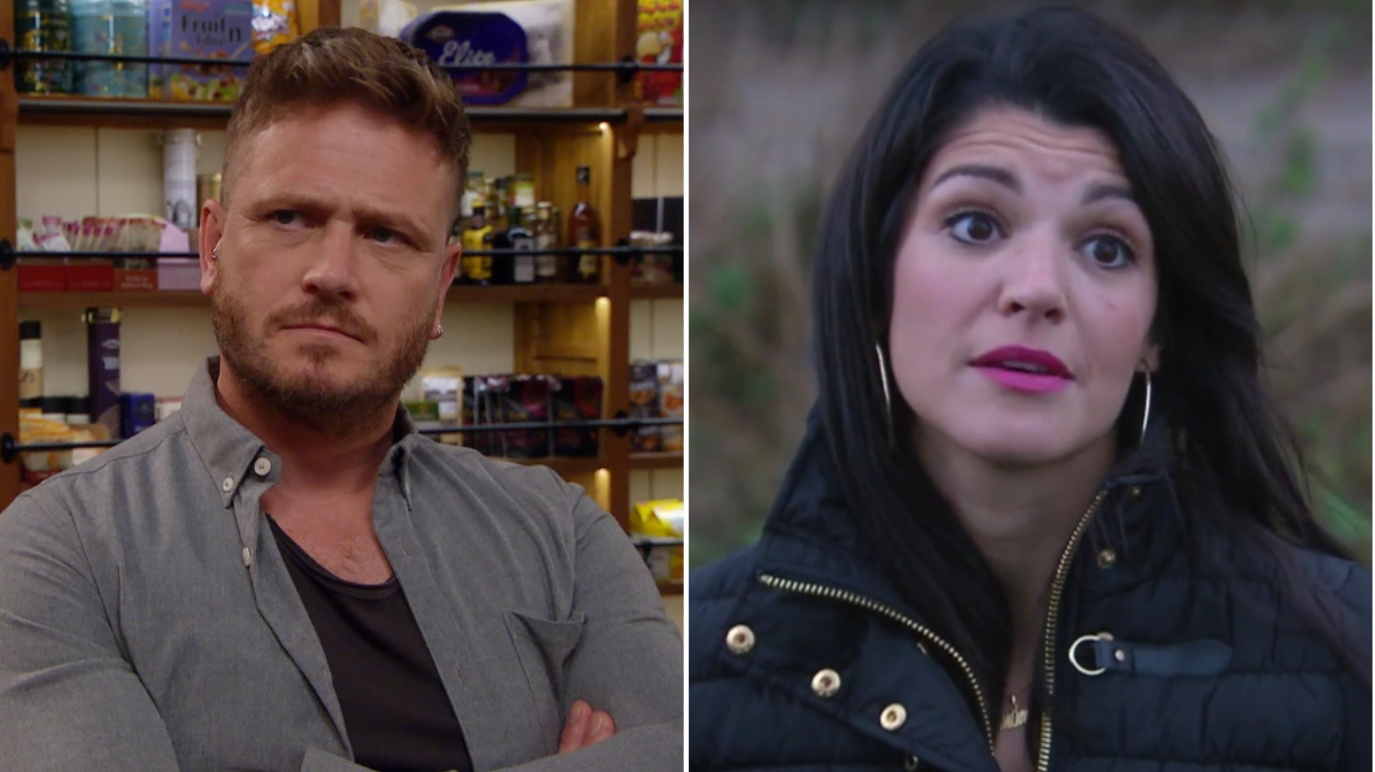 David (Matthew Wolfenden) had some shock news in tonight’s Emmerdale after he got a phone call from his ex-wife Alicia (Natalie Anderson) – from a Portuguese hospital.

Alicia, who is also Leyla (Roxy Shahidi)’s sister, had had an accident and David was preparing to fly over to look after her.

‘She’s broken her leg, her collarbone and she’s got a load of thorns in her backside,’ he explained to Leyla, whose main concern seemed to be that she was far too busy to look after her sister herself.

David explained the circumstances of the accident. Alicia was, ’Taking a selfie on a cliff edge. She stepped back to get a better shot and then she’s fallen. Luckily for her there was a prickly bush six foot below.’

Later David explained to Victoria (Isabel Hodgins) why Alicia couldn’t cope on her own. ‘She lives up four flights of stairs, she can’t drive anywhere and she can’t even get to the toilet on her own at the moment.’ Victoria seemed quite cool with the idea that David would be helping his ex with personal hygiene tasks. She was more interested in why he wanted her to keep an eye on Leyla. David revealed that Leyla is a coke addict who – as he misguidedly believes – is currently in recovery.

While we presumably won’t be following David to Portugal to see how Alicia is, Natalie Anderson can currently be seen in Hollyoaks where she plays D.S. Lexi Calder.