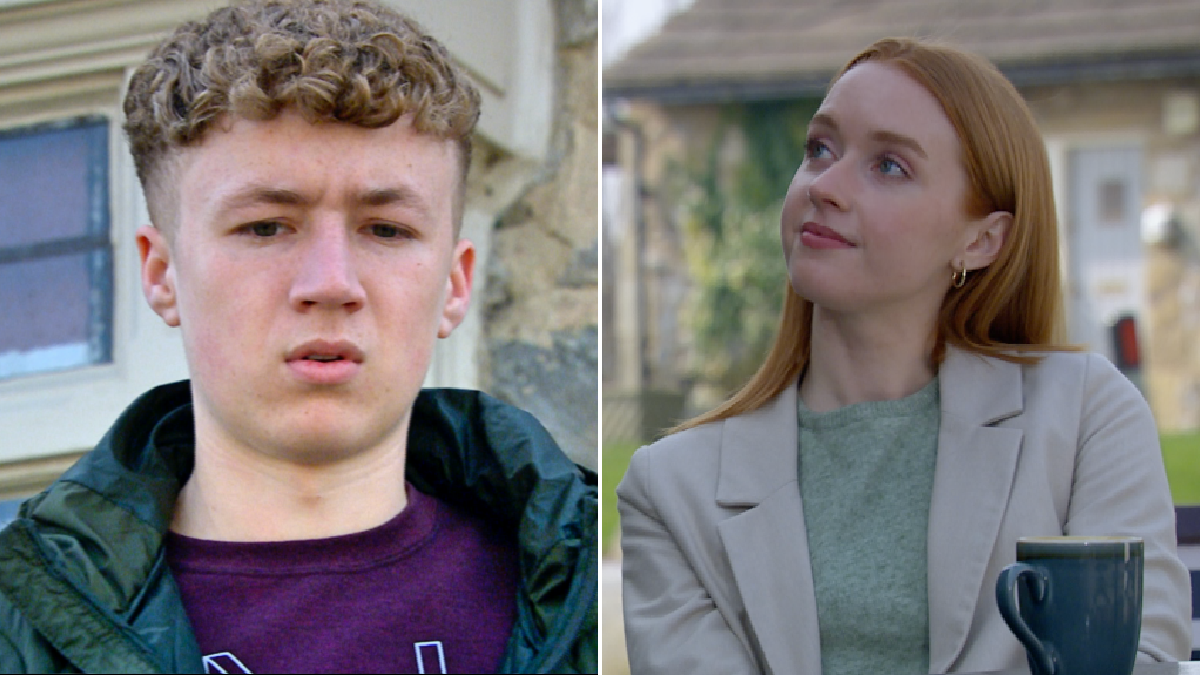 It seems that even being caught in the act of stalking Chloe Harris (Jessie Elland) and trying to trap her in his house in Emmerdale might not have been enough to make Noah Dingle (Jack Downham) realise his behaviour was unacceptable.

After Chloe searched through Noah’s laptop she found a mass of evidence that he’d been stalking her for weeks. She confronted him and he reacted badly, stopping her from leaving the house. The disturbing scenario was luckily interrupted by Charity (Emma Atkins), and in upcoming episodes Noah finds himself being questioned by the police.

It seems that he still doesn’t realise he’s done anything wrong. As Jack Downham told us recently, Noah really doesn’t believe his behaviour is stalking. ‘He thought that he was trying to be kind to [Chloe] and trying to get her to see the real him and see that what he was doing was right and that he just wanted to know more about her, really, to get closer to her,’ he said.

So looking for someone to blame he lashes out at Chloe, threatening her with revenge for calling the police.

Charity can’t stand by and let this happen, so she admits to her son that she called the police herself. Charity’s confident that Noah won’t be going to prison for the offences – but a visit from Harriet (Katherine Dow Blyton) suggests otherwise, as Noah is taken back to the police station and charged.

Marvel's 'WandaVision' Series Will Now Arrive on Disney+ in 2020

Spoilers: Kush is destroyed by Lily's actions in EastEnders