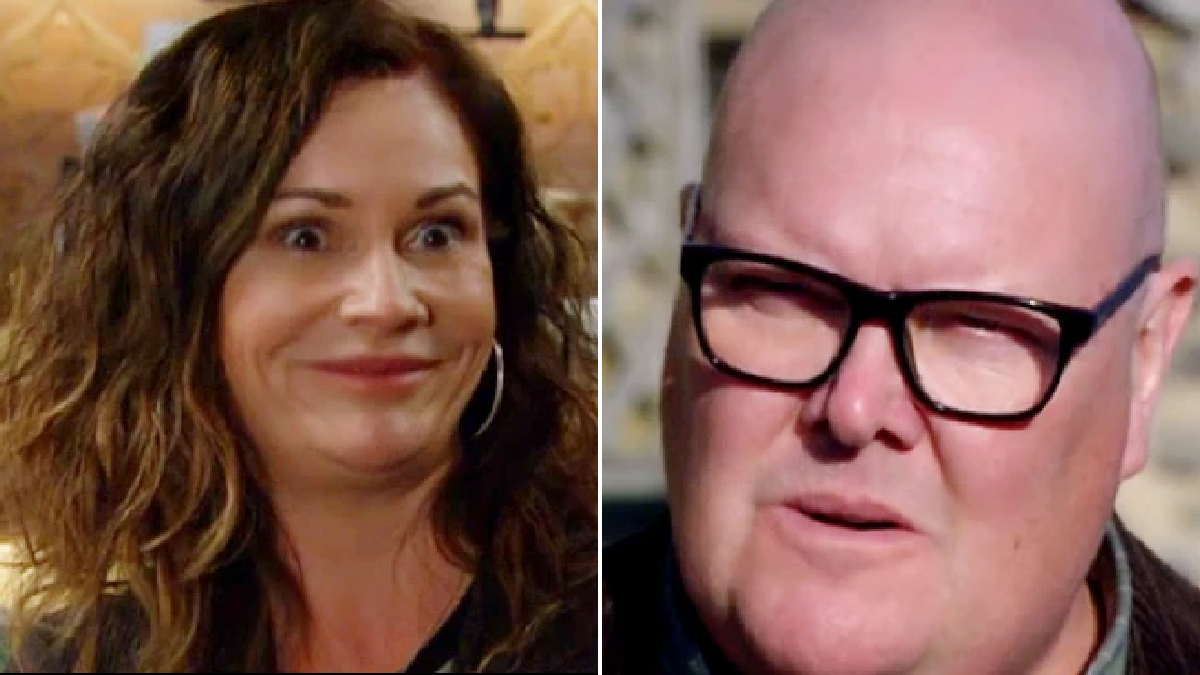 Last night, sleazy Al decided to tell Chas how he feels about her and for a moment, it looked as though they were going to kiss.

Interrupted by Marlon (Mark Charnock), Chas tried to assure him nothing was going on but, given how close Marlon and Paddy are, he was fearful Chas could be close to destroying her happy family.

How did Chas know where Cain was?

Well, he’s been there before, come on.

Chas spoke to Cain on her own, revealing all that she’s doing is an act, and once she gets close enough to Al, she can find out what his real plan is for the pub.

Marlon and Cain sat down with Chas and Paddy where they revealed they’d actually been working together all along.

As the episode drew to a close, Marlon and Paddy chuckled away to themselves, pleased Chas was doing such a good job.

However, when Marlon accidentally revealed last night’s moment between Chas and Al, there was a look on Paddy’s face, suggesting the full-on flirting wasn’t exactly what they had agreed.

‘It just doesn’t feel right, does it?’, Ellis (Aaron Anthony) asked Paddy as he watched Chas with Al.

Will Chas and Paddy’s plan be a success?

Or will Paddy’s worries about losing Chas see Al discover what they’re up to?

'The Haunting of Bly Manor': Why Does Flora Wingrave Say 'Perfectly Splendid'?

Get This Awesome Merch for Game of Thrones Season 8