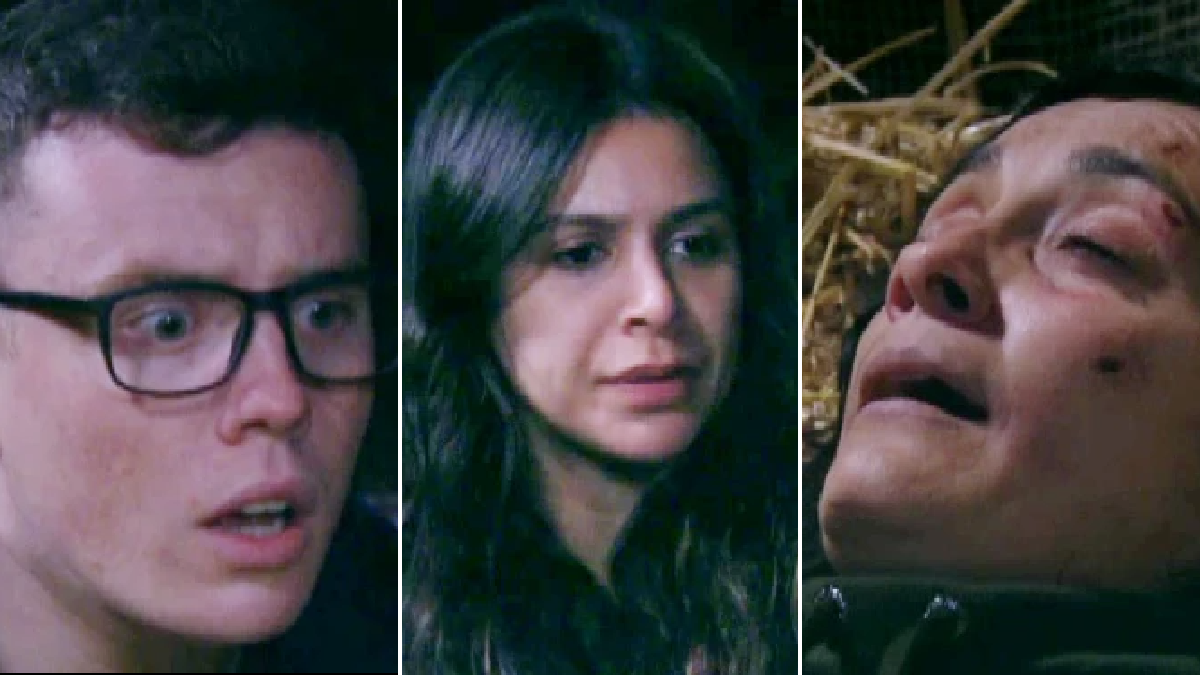 Last week, Vinny found himself in terrible danger when he decided to follow Meena, who was driving down a country path.

Suspicious she may have been involved in Ben’s death, Vinny entered a dilapidated barn and found a very unwell Manpreet (Rebecca Sarker).

Horrified, Vinny wasn’t able to try and save Manpreet as he was hit over the head by Meena.

Tonight, trapped in the barn, Vinny tried to get to the bottom of what was going on.

Meanwhile, Meena was having her nails painted by Mandy (Lisa Riley), who was concerned as she hadn’t heard from Vinny for a while.

Stealing Vinny’s phone, Meena sent a text to Mandy pretending to be him.

Happy her son was at a mate’s house, Mandy saw Meena out, completely unaware of the truth.

Heading back to the barn, Meena wheeled in an IV set up.

Meena explained to Vinny that inside the IV bag was alcohol and tomorrow, he’s going to be found in Sam’s (James Hooton) crashed van after a ‘calamitous accident’.

Can Vinny buy himself some time – or will Meena kill him?

With village residents convinced Vinny and Manpreet are elsewhere, who will save them?

Married at First Sight spoilers: Here's who stayed married on Decision Day and who got divorced