WARNING: SPOILERS AHEAD. With today being Star Wars Day, Disney decided to launch not just Star Wars: The Rise of Skywalker on Disney+ but also the final episode of The Clone Wars series. Season seven episode 12 Victory and Death saw Ahsoka escape her Clone execution on Order 66 once Rex had come to his senses. The previous episode Shattered saw a couple of scenes from Star Wars Episode III: Revenge of the Sith occur simultaneously, while this finale stepped into the aftermath; giving fans the Darth Vader cameo they were hoping for.

Having crash-landed after their daring escape, both Ahsoka and Rex buried the dead clones, placing their helmets on sticks to mark their graves.

The Jedi then left her lightsaber, no longer being identified as one – just as she tells Darth Vader in Star Wars Rebels a few years later.

The last time she had seen her master was a couple of episodes before and the next time would be after his transformation.

During episode 11 Shattered, she could sense Anakin was in distress as fans heard a reenacted scene from Revenge of the Sith. 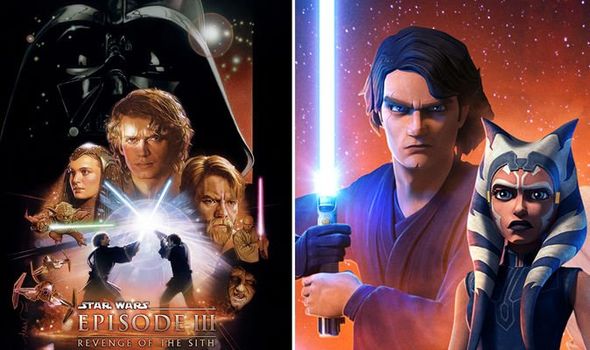 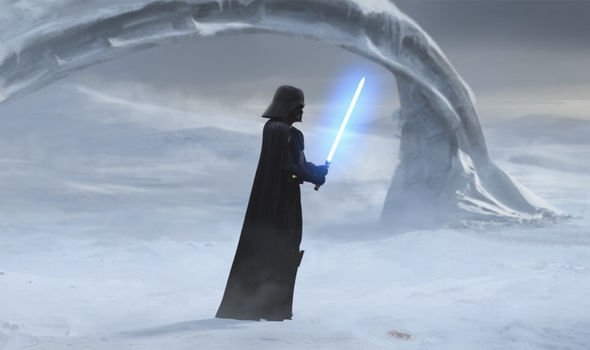 The moment in question was when Mace Windu confronted Chancellor Palpatine as Darth Sidious and almost killed him.

However, Anakin sliced off his hand as his Sith master threw Mace out the window with Force lightning.

This was the point of no return for the new Darth Vader, as Sidious commanded Order 66 to the clones; something we saw via holographic message in the penultimate Clone Wars episode.

Of course, this means that during the events of the final episode is when Anakin will have travelled to Mustafar and duelled Obi-Wan Kenobi. 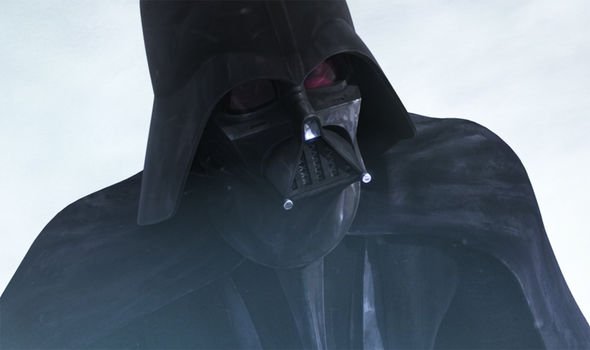 There the new Darth Vader lost his remaining limbs and obtained his horrific burns before Sidious found him and gave him his new suit.

Now considering the final scene of Victory and Death sees Anakin suited up as Darth Vader in the same wreckage location we saw Ahsoka moments earlier – but where it is snowing – this seems to be some time after the end of Revenge of the Sith.

Considering the weather change it will be weeks or months afterwards the prequel trilogy ended.

But it is here that Vader discovers Ahsoka’s abandoned lightsaber.

No doubt the Sith Lord will have gone in search of his former Padawan under Palpatine’s orders to finish the purge of the Jedi.

Having found her lightsaber, Vader may be under the impression she died in the wreckage as he briefly ignites her weapon.

However, Screen Rant point out that seeing a convor flying above – a bird that’s affiliated with Ahsoka in the series – suggests Vader knows she is still alive.

And, of course, the pair are reunited one day during the events of Star Wars Rebels when they duel.

The Clone Wars ending, as with Revenge of the Sith, also implies that the Jedi have lost and the Empire has risen – finishing the series on a sad note.

However, with the beginning of the evil reign, we know the Resistance is also forming, so is not without hope.

At the end of Revenge of the Sith, Obi-Wan Kenobi went into exile as he watched over the boy Luke Skywalker on Tatooine.

There he awaited that fateful day almost two decades later when the events of the original Star Wars movie, now known as A New Hope, began.