Stormzy's girlfriend smoked and chatted to a brunette pal as she perched on a lounger. 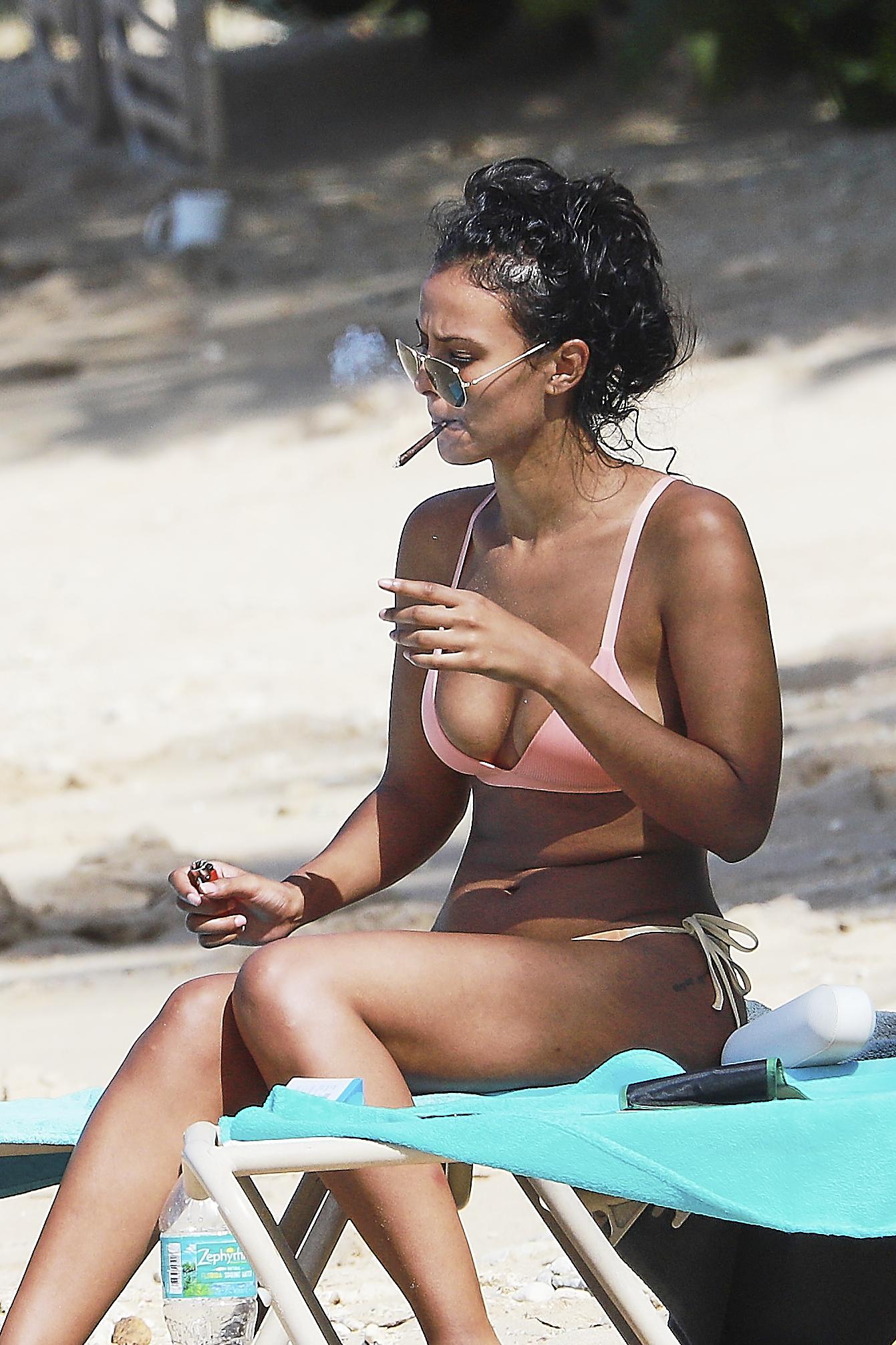 The 24-year-old stunner wore her hair in a messy bun and displayed her incredible curves in the revealing swimwear.

Taking a well earned break from her Radio One show, she sat back and lit up in the Caribbean on Wednesday.

Later, Maya dipped her toes into the crystal blue waters but soon returned to her lounger and topped up her tan.

Maya proudly showed off her curves on Twitter and Instagram, sharing photos with the caption: "When your best friend knows your angles" 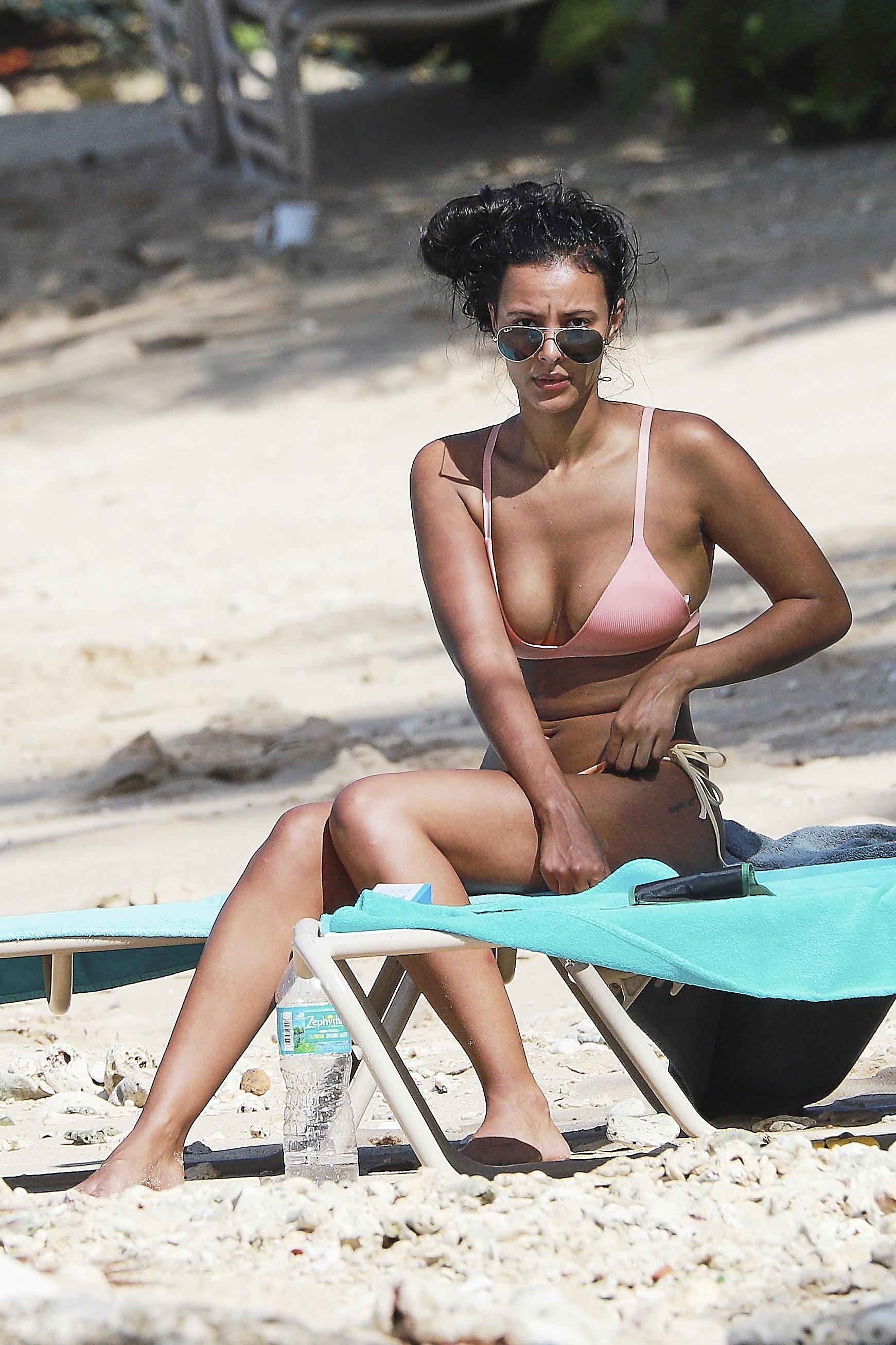 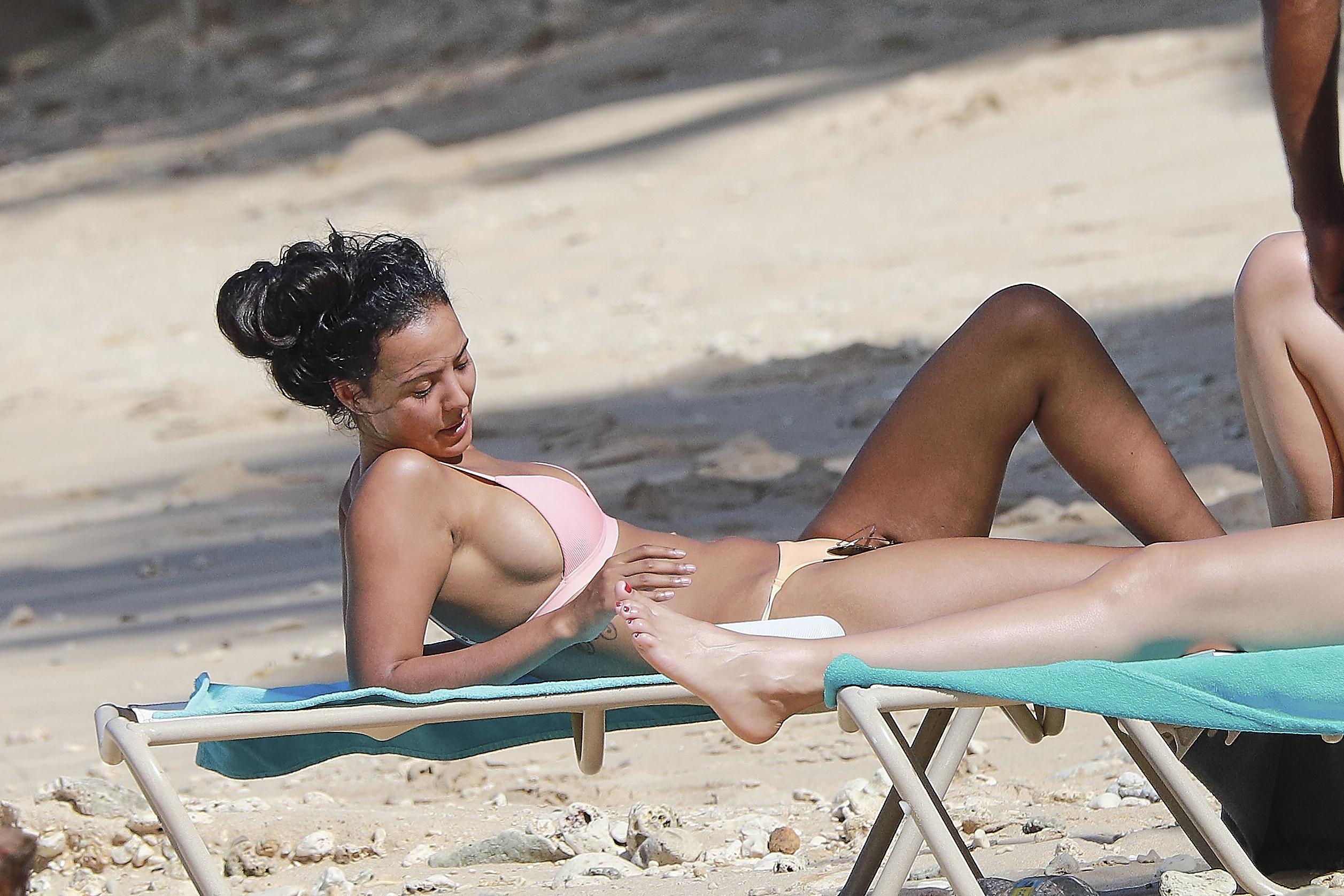 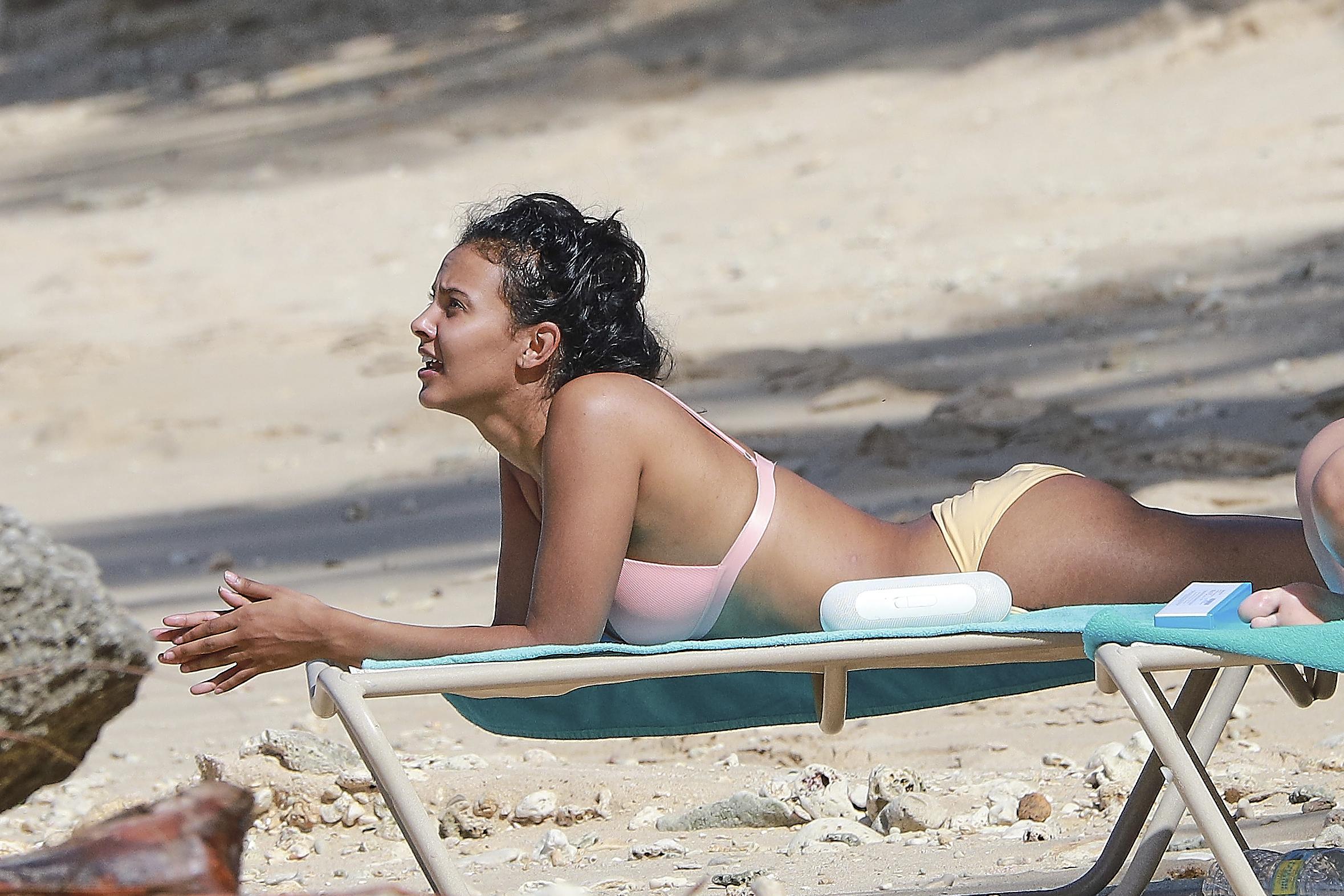 Fans showered her with compliments beneath the post and one said: "Stormzy got himself one of the sweetest of sweet ones…"

Another wrote: "Body is something else man"

The presenter recently documented a busy day shooting for fans on Instagram. 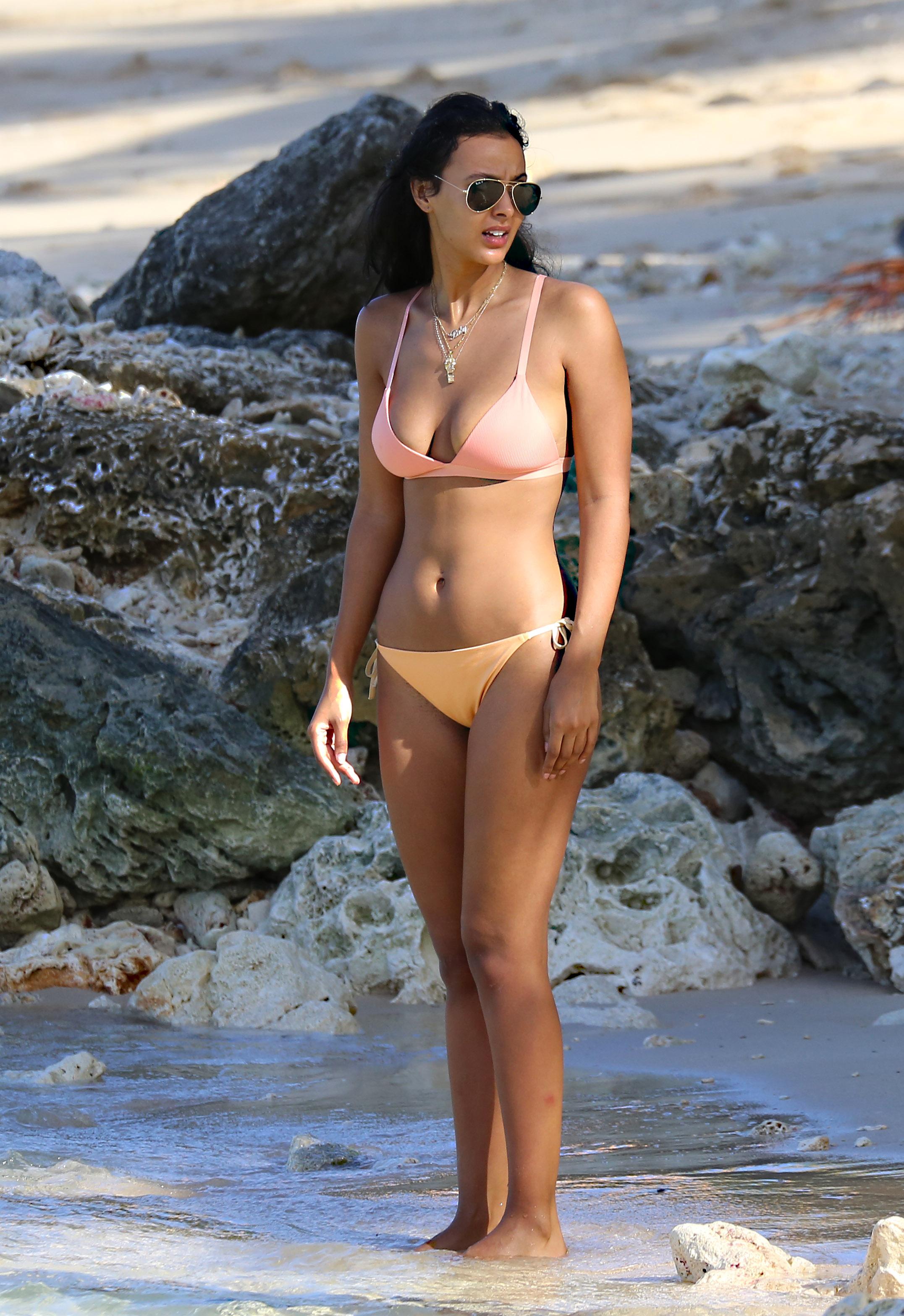 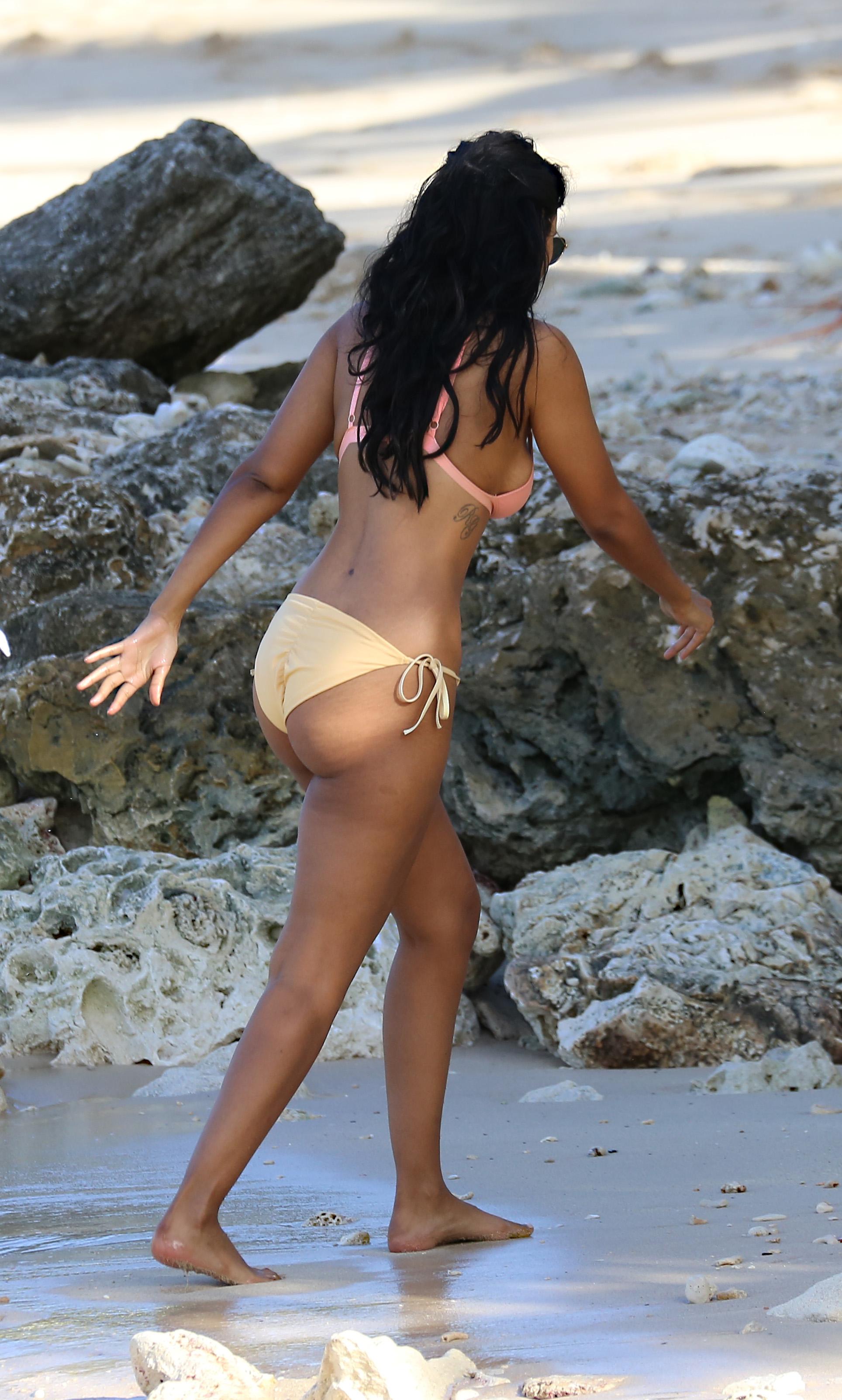 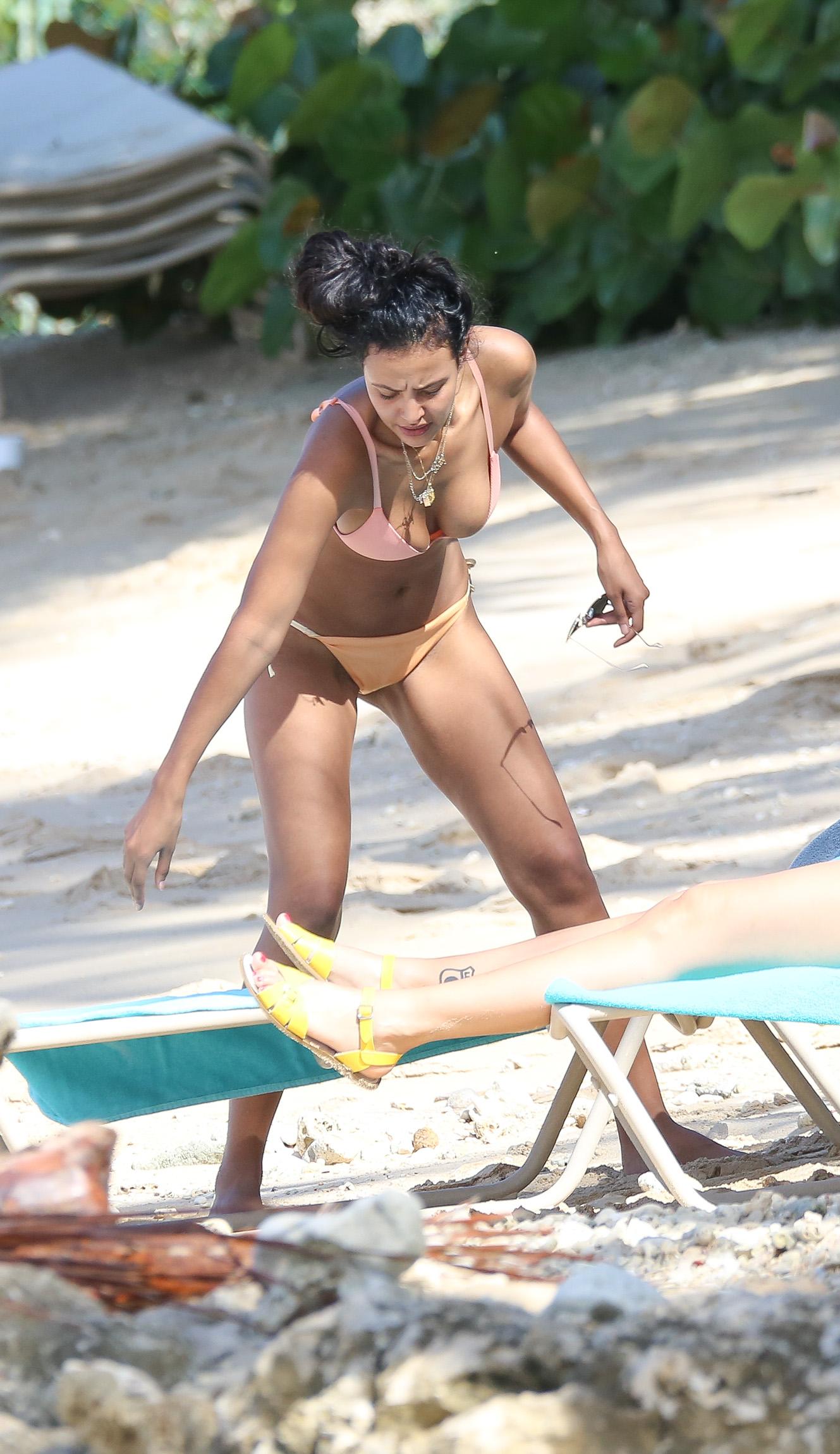 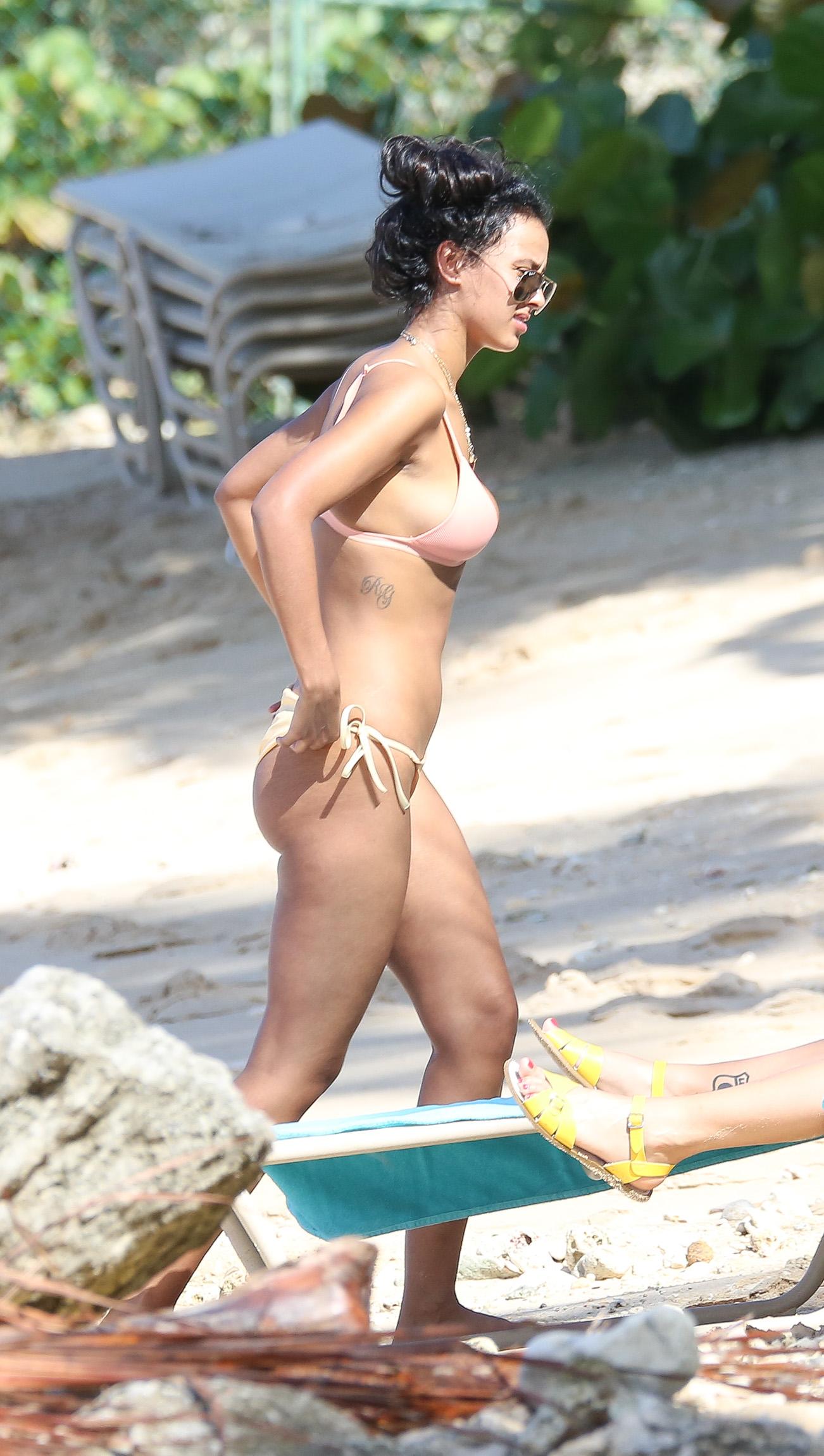 The star sizzled in an array of slinky leotards as she posed for a raunchy photo shoot with Veni Magazine.

Maya first showed off her incredible figure in a white one-piece as she shared a cheeky mirror selfie to her story.

She completed her glamorous look with a bouncy blow dry and smoky eye, and struck a fierce pout for the camera ahead of her first take.

Not stopping there, the presenter went on to share a second sizzling snap in a plunging black leotard, which accentuated her slim frame with a leopard print belt.

Maya is no stranger to saucy shoots, and recently revealed she would pose naked – but only if it were the right time or place. 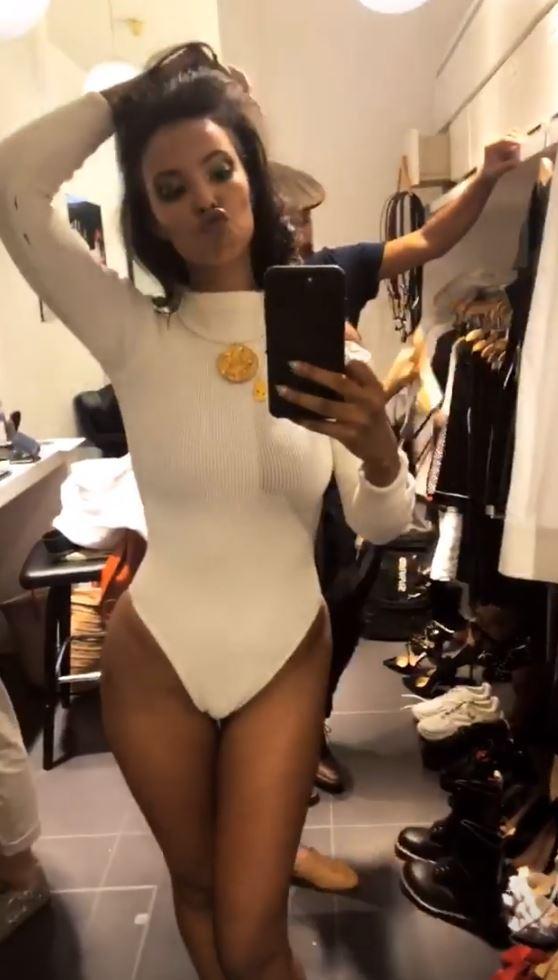 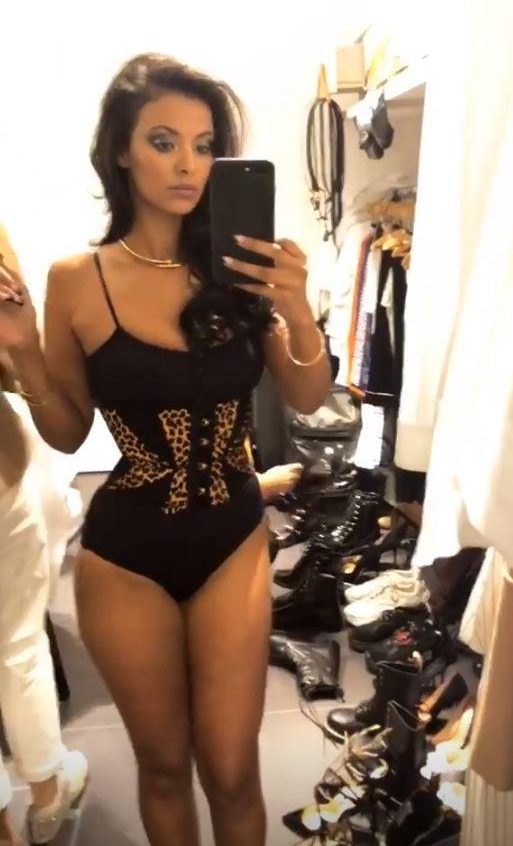 Speaking exclusively to The Sun last month, she said: "Do you know I’ve actually been asked to pose nude before for Woman’s Health, so it would have been done in a tasteful way, but I was like no.

"Maybe when I’m older but no not now."

She also touched upon her romance with rapper Stormzy, who she has been dating for more than three years.

The pair are fiercely private about their relationship, but Maya lifted the lid on what drew her to the grime artist in the first place. 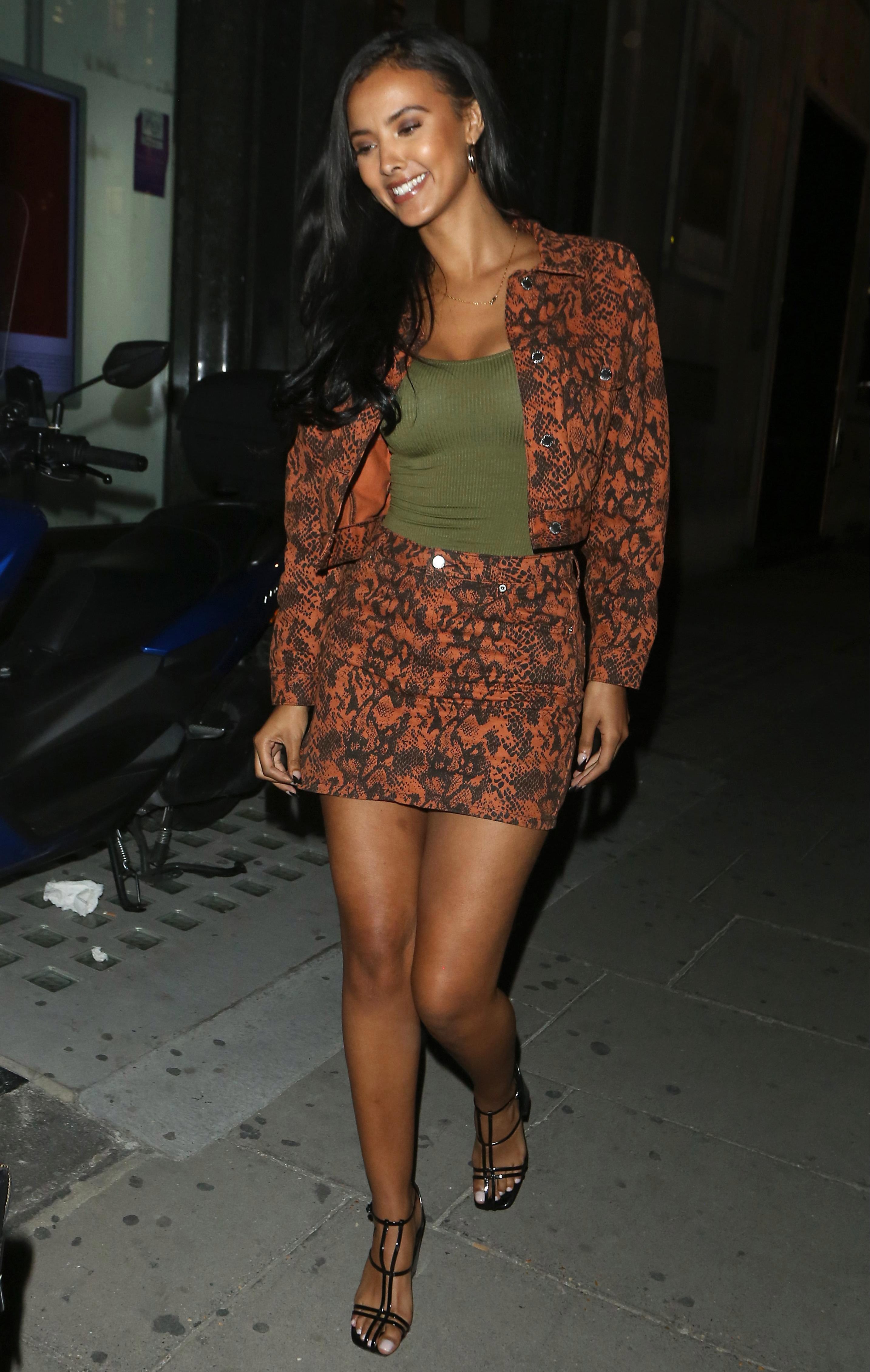 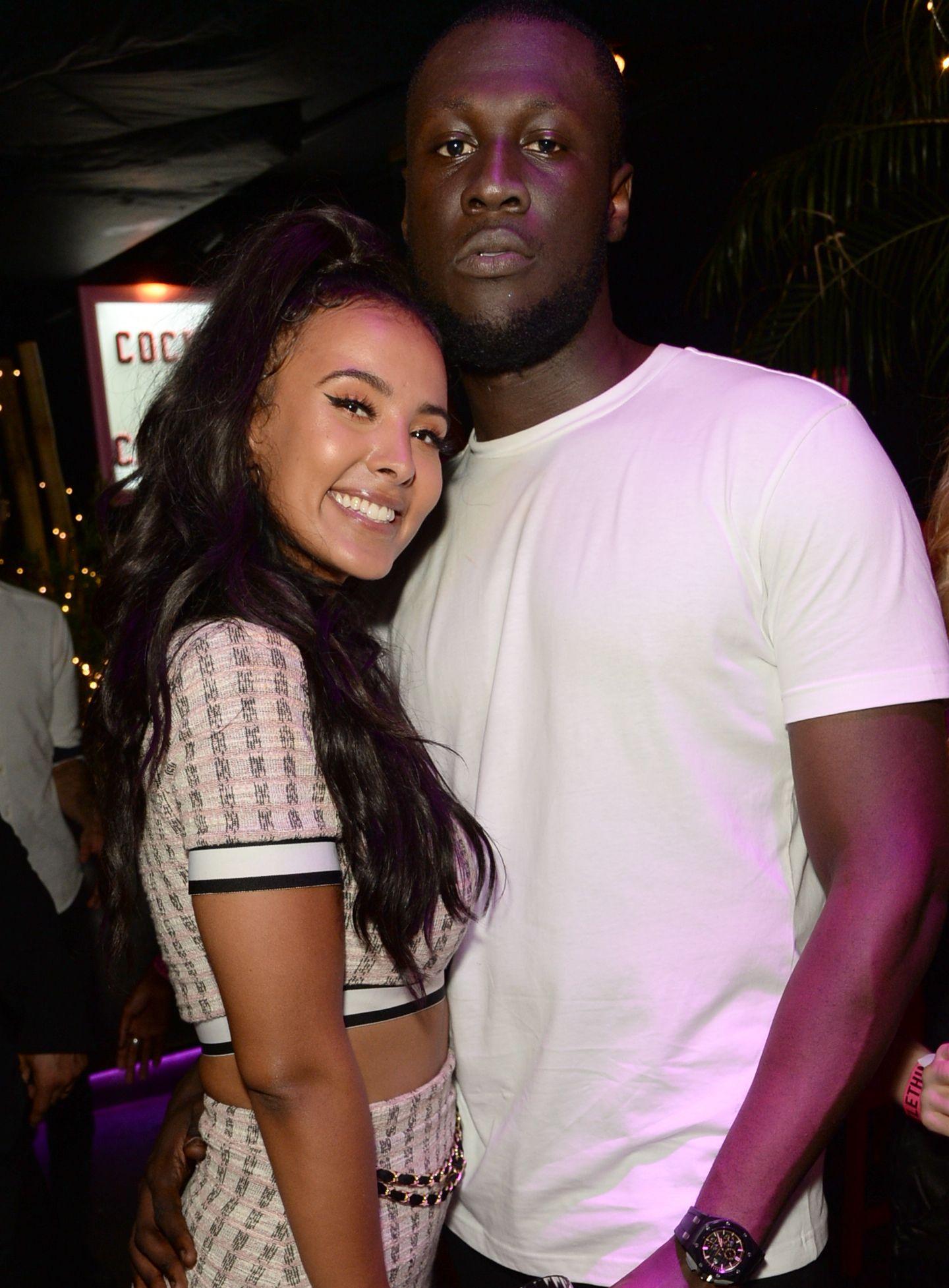 She said: "I like shy boys maybe because I’m so loud, it’s like ‘I want to talk to you first’.  I like a boy who is mysterious in the corner and then I would have to take an interest."

Maya returned to television screens tonight, as the host of new Channel 4 show The Circle.

The series sees the contestants living in individual apartments and communicating solely through social media, in a bid to be the most liked and bag the £50k prize.