Giovanni Pernice and his Strictly Come Dancing celebrity partner Rose Ayling-Ellis have encountered quite a hurdle in their training this week as the EastEnders’ actress’ hearing aid broke.

In a series of Instagram stories, the Italian pro dancer shared the news with his fans, making a plea to the NHS to replace Rose’s device quickly.

‘Morning people,’ Giovanni kicked off the message. ‘We have some news for you today. Tell them what happened.’

Handing it over to Rose, she said and signed: ‘This morning my hearing aid broke. But I think it’s because I sweat so much, it broke it.

‘So NHS, please be quick. We need it,’ pleaded Giovanni. 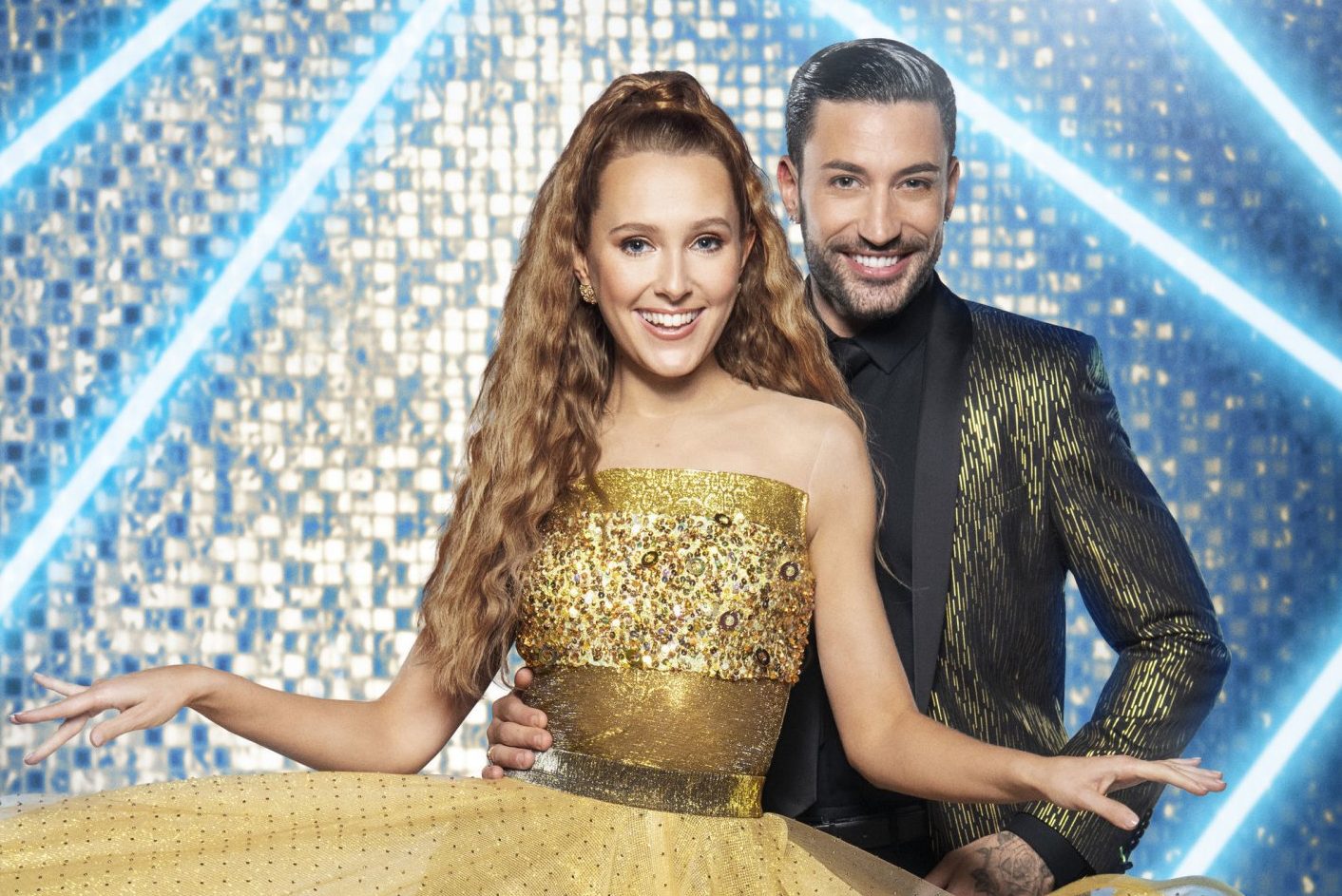 ‘It’s quite nice. I don’t have to hear his voice,’ she joked, smiling.

‘Yes, good luck to me,’ continued Giovanni, quite defeated.

‘NHS, be quick, NHS’ he continued, mouthing out words in an exaggerated manner, hoping for Rose to understand him. ‘N-H-S. Nope… Okay…’

Meanwhile, Rose did not seem worried at all as she closed off the video with a laugh.

Reposting the story to her own profile she added: ‘Nobody need to panic, it a very normal life for dead people.’

The 26-year-old – who plays Frankie Lewis on the BBC soap – is Strictly’s first deaf contestant and although she has an interpreter with her at all times during training and the live shows, the cast and crew have started learning sign language to be able to communicate with her more efficiently.

The first episode of the show left audiences in tears when both Giovanni and Gorka Marquez signed to Rose throughout the episode.

Over the last few weeks, the entire audience, judges and co-stars have picked up the habit of signing ‘applause’ after Rose and Giovanni’s performances.

In last week’s Movie Week episode, the pair pulled off an amazing performance with a foxtrot to Titanic’s My Heart Will Go On, bringing home nines from all judges.

They plated themselves at the top of the leaderboard halfway through the show but the first 10 of the series was awarded to Rhys Stephenson and Nancy Xu who scored 37 total points but were quickly overtaken by John Whaite and Johannes Radebe with an almost perfect score of 39.

Giovanni, who has made it to the Strictly final three times without ever winning, believes he has a real shot at the Glitterball this year with Rose.

‘I dream of lifting the Glitterball trophy every single night! I think, one day it will happen.

‘I’m putting it out there, we’re going to win, but I’m always so positive and then I get to the final and somebody else wins. It’s not fair, is it?’ said the dancer ahead of the start of this season.

Rose also said she is ready to do what it takes to win the trophy: ‘I want to win for Giovanni. If I work hard, maybe he will get his dream. And I will get my dream, too.’

Strictly Come Dancing continues Saturday at 7pm on BBC One.

Project Blue Book premiere date: When is the new UFO series on History coming out?

Money In The Bank PPV 2020 Final Results: The MITB Matches Were Ridiculously Entertaining