Sylvester Stallone has had one of the most iconic and prolific careers in Hollywood history. The talented actor and filmmaker made a name for himself with his cult classic sports drama Rocky, which went on to spawn a series of commercially successful sequels.

After starring in Rocky, Stallone began a long career as an action star thanks to the success of another film he co-wrote, First Blood. Released in 1982, the movie tells the story of John Rambo, a soldier struggling to adapt to normal life due to his PTSD.

First Blood was massively successful both commercially and critically, inspiring four sequels and an animated series. However, even though the movie would prove vital to Stallone’s career, he hated it when he first saw the finished product. 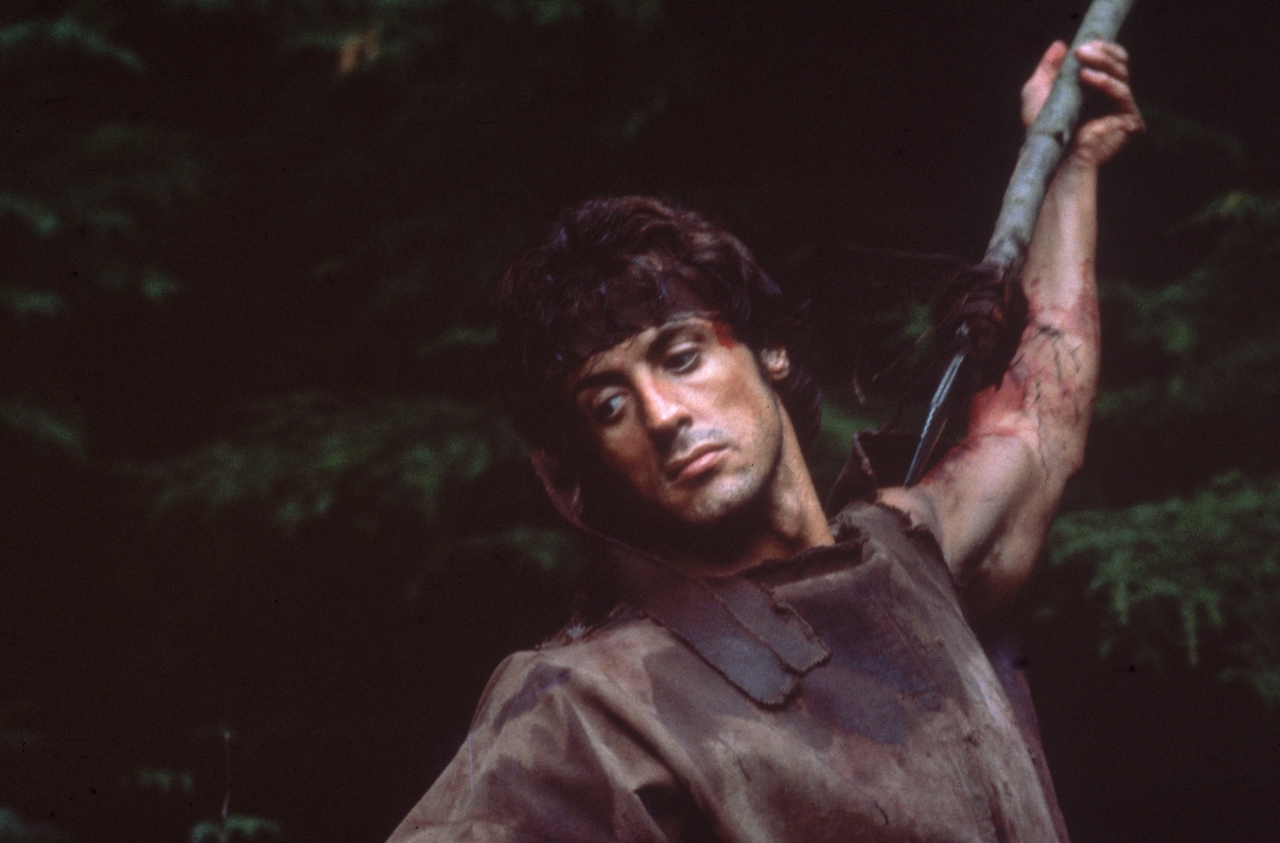 Stallone looked back on the creation of First Blood during a resurfaced 2005 interview with Howard Stern. According to Stallone, he thought the movie was going to ruin his career and couldn’t stand to watch it.

“I looked at this, I’m going, ‘This is a career killer,” Stallone said. “This film, when we did it, it was so bad—at least I thought, and even my manager—we both went out, I think we both retched together in the alley.”

Stallone and his manager hated the movie so much that they tried to buy back the rights to the film.

Sylvester Stallone demanded to have his dialogue cut from ‘First Blood’

Even though many parts of the film were unsatisfactory to Stallone, he hated his character’s dialogue the most.

“Originally it was three hours long,” Stallone said. “I stayed an hour and a half in the woods chasing guys. And plus, I was pontificating throughout the thing. For example, I shoot an owl, and then the owl drops, I go, ‘Take that, you mouse-munching mother [pauses].’ I said, ‘I can’t say this.’ And then there’d be lines like—the cop pulls me over and he goes, ‘Where do you think you’re going?’ I go, ‘Did you ever see Easy Rider? Yeah? Well, I’m Easy Walker.”

Even though Stallone despised the first cut of First Blood that he saw, he knew the movie had potential. He suggested large-scale creative changes to the film in order to make it more palatable, such as cutting down its run time and removing all of his dialogue.

“I said, ‘Here’s a good idea: Cut out all my dialogue. Every line. And have other people talk about you—which by the way is not a bad way to live in general. Other people fill in the blanks. Like the Greek chorus, you know, and I think that works really well.”

The production team never wanted him for the movie

Thanks to Stallone’s creative direction, First Blood went on to become a huge commercial success, grossing over $125 million according to The Numbers. Years later, Stallone admitted that the studio never wanted him to star in the film.

“I think they were going to lab animals before they got to me,” Stallone said. “They went through every actor in the system and they eventually said, ‘Ok … De Niro … Nick Nolte, Zippy the monkey, let’s go to Sly.’”