THE BOYS season 2 trailer promises an action packed rollercoaster ride of blood, guts and gore as The Seven wreak havoc across the world.

Vigilante group, lead by Billy Butcher, are the only ones who can stop the corrupt bunch of ‘superheroes’ from destroying everything for their own personal gain. 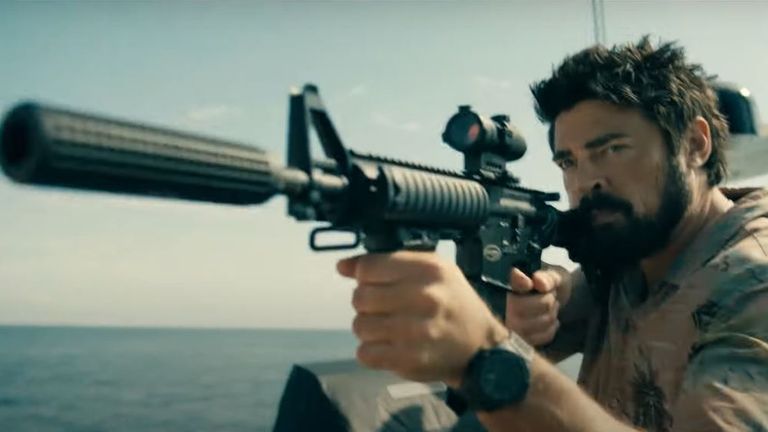 The Amazon Prime series The Boys is back for its second series of comic-book adaptations for grown-ups.

Lead vigilante Billy Butcher and his team are set to fight his arch-nemesis Homelander and the rest of his evil crew.

If any fans were worried that the second series, starring Karl Urban as Billy Butcher, might be tamer than the first then don’t.

Set to launch on 4th September, the trailer shows the series is set to be just as sweary, and as gory, as ever.

Antony Starr, who plays evil Homelander, previously teased a villain who will act as a “grenade” that gets thrown into their once easy world of the Seven.

He said: “She really causes me so many problems".

Sadly, Simon Pegg won’t be returning as his character Hugh Campbell Sr, however fingers crossed he might pop up again in the future.

The Boys season one is available to stream on Amazon Prime Video, with season two launching on September 4.

Zach Braff and Donald Faison Announce the 'Second Best Thing' to a 'Scrubs' Revival: Their Own Podcast

'RHONY': Martini Mike Spills The Gin On Which Surprising Cast Member Slid Into His DMs