Darragh Ennis spoke on This Morning today alongside The Chase co-star Jenny Ryan as the pair discussed their experiences of being on the hit ITV quiz show. Last Thursday saw Darragh ‘The Menace’ Ennis in the hot seat for the first time for an episode which became the most-watched in the series’ history. Now, the new Chaser has shared why he had to change his first nickname of The Professor, due to his worries “people would be very annoyed” as it’s a “title you have to earn”.

Fans were waiting for months to find out who the programme’s new Chaser was after it was widely speculated it would be former contestant Darragh.

Last week, those watching at home finally saw him make his big debut in an instalment which raked in 4.9 million viewers.

He managed to win with seven seconds remaining and made his mark on those watching.

Today, he revealed to Holly Willoughby and Phillip Schofield he had requested to change his planned nickname before making his first appearance. 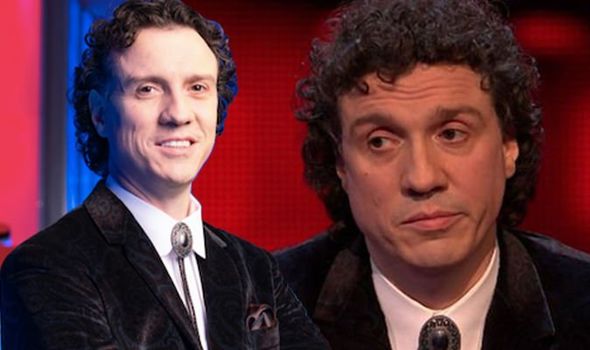 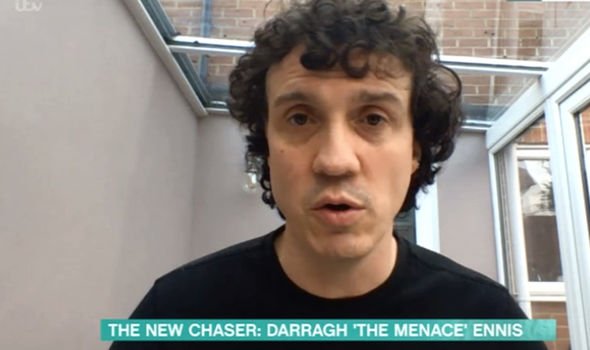 Holly asked: “A big part of it is choosing the right name, I mean you are The Menace but that wasn’t the original choice – they wanted you to be The Professor?”

Darragh revealed the important reason as to why his nickname became The Menace, instead.

He told the hosts: “Yeah, so they did say that to me. But, I work in the university here in Oxford and that’s a title you really have to earn.

“I think people would be very annoyed if people started calling me The Professor so I said I didn’t want that,” noted Darragh. 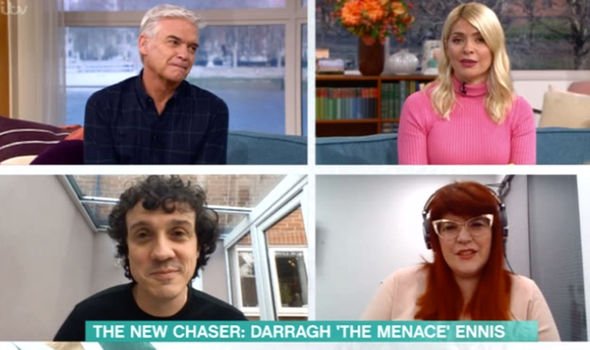 He had no say in what his replacement nickname would be and he didn’t find out until moments before going onto the show.

Darragh added: “They didn’t tell me what my name would be until I was on set, I was on stage waiting to go on and that was the first time I heard it!”

“What, so it could have been anything?” Phil noted.

The Chaser clarified: “Well, yeah, I said it was fine, I also said I’d wear a chicken suit – I really wanted the job!”

Darragh gave some insight into just how long it took him to get from the first chat with producers to actually being a Chaser.

Long-term fans will remember Darragh starred on the programme as a contestant against Paul Sinha back in 2016.

He said: “A couple of days after the recording, I got a phone call from the producers which I originally thought was a joke asking me to come in to audition.

“I spent a long time doing trials and auditions before training,” he explained before eventually being confirmed for the gig earlier this year.

The Chaser was also joined by Jenny ‘The Vixen’ Ryan who had an exciting update in store.

Jenny also confirmed popular spin-off Beat The Chasers would be back in 2021.

The series aired for a week of episodes earlier this year and was a huge hit with quiz show fans.

Asked about whether the series was set to return, Jenny responded: “I hope so, we’re in the middle of taping the episodes right now! I’m going to get my hair put up in a couple of minutes.”

Charlie Hauck, Writer-Producer of ‘Maude’ and ‘Frasier,’ Dies at 79