The Handmaid’s Tale season four has seen June (played by Elizabeth Moss) and Janine (Madeline Brewer) on the run from the forces in Gilead. After leaving with many of its children, they have been placed at the top of its most-wanted list with everyone eager to see them captured and or dead. Fans were left on the edge of their seats when the latest episode aired on Hulu.

WARNING: This article contains spoilers from The Handmaid’s Tale.

Episode five Chicago, saw June and Janine go to the city to join a rebellious group who were using weapons to fight back against Gilead.

June didn’t feel comfortable with their methods and despite Janine having a crush on one of the rebels, she agreed it was time to go.

So they left the safe space of the rebellions’ headquarters and ventured to join another nearby. 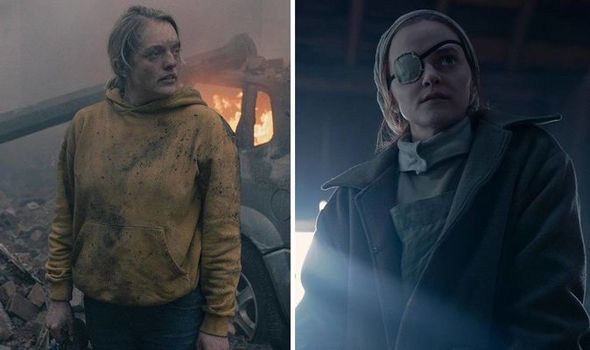 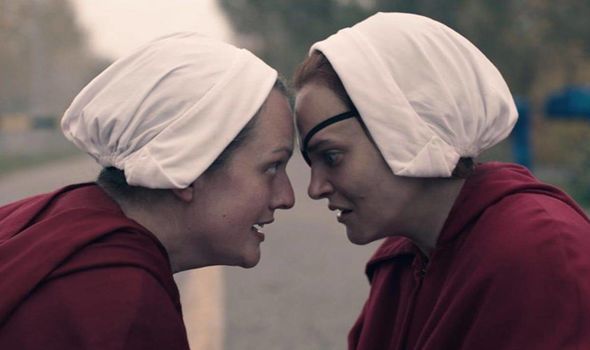 Tragedy soon struck when they were out in the open air though as they got caught up in a bombing which had been orchestrated by Nick (Max Minghella).

Frightened for their lives, June and Janine ran but the next time we saw June, she was on the ground and confused by what had happened.

She couldn’t find Janine but out of nowhere appeared her best friend Moira (Samira Wiley) who helped her out of the danger zone.

Unfortunately, Janine was nowhere to be seen, leaving many worried that she has been killed off. 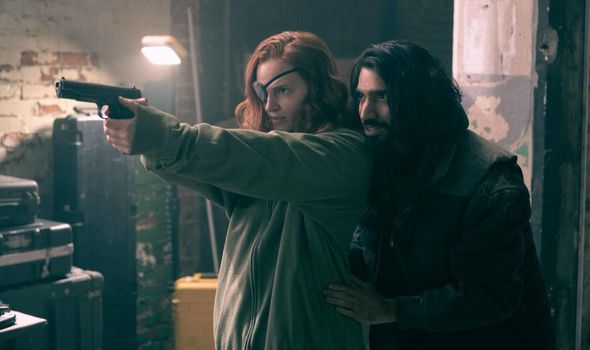 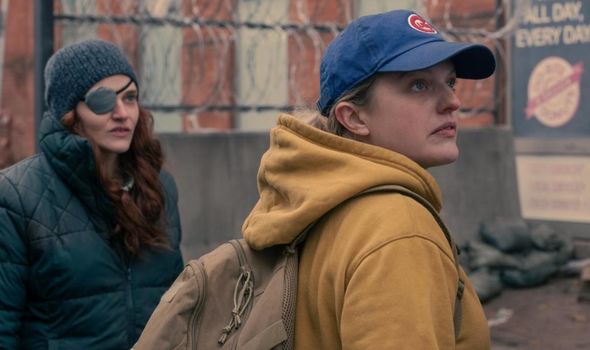 As June was assisted by Moira, she saw someone else being helped by an aid worker.

Their clothes looked different to what Janine was wearing at the time but with June confused and injured, she may not have been seeing straight.

The show ended with Coldplay’s Fix You playing in the background, indicating something significant had just happened.

So could this really mean that it is the end of Janine in the Hulu drama?

When speaking to The Wrap, actress Madeline Brewer wasn’t willing to give anything away.

She said: “Who is to say whether or not it was a fatal choice? I will not say.

“But the fact that Janine made a choice based on just herself and what she thought would be best for herself.

“She even says: ‘I feel safer when we’re together.’

“I think she made a choice based on the fact that she loves June, she does. She loves her like a sister, like a friend, like her own blood.”

The Handmaid’s Tale hasn’t been afraid to kill off characters during its four-season run.

But Janine has been in the show from the very beginning and has played a major part in June’s journey.

So it does seem unlikely they would kill her off and not show exactly what happened to her.

Nevertheless, with Janine nowhere to be seen in the aftermath, the hope of her being alive is dwindling.

The Handmaid’s Tale is available to watch on Hulu.

'Midsommar' Review: A Disturbing, and Surprisingly Hilarious, Horror Film from the Director of 'Hereditary'