Landmark Theatres, the Los Angeles-based nationwide chain that serves as the nexus specialized and independent film exhibition in the U.S., has been purchased by the Cohen Media Group. This ends months of speculation about Landmark’s sale; Netflix, among other, were among the rumored companies looking into it. And it does so in a way that appears likely to relieve concerns among distributors and filmmakers, as well as audiences, that their legacy will remain intact.

It is hard to imagine an alternative buyer, on with both the resources and the interest in the continuing Landmark’s current policy, than Charles Cohen. Chairman of Cohen Media Group, the 66-year-old New York-based billionaire and real estate mogul has invested heavily in specialized film in recent years. His film distribution company has stepped up to become one of the most committed buyers of non-English language film, including one Oscar winner (“A Salesman”), and several other nominees in that and the documentary category (last year’s “Faces/Places”).

He also bought and renovated lower Manhattan’s Quad Theater and turned it into a competitive location for a wide variety of specialized programming.

Both moves are contrary to what might seem a savvy media investor might pursue, but it shows a commitment to both quality filmmaking as a worthy and potentially profitable financial venture, and to theaters having value as their prime initial showcase. At a time when specialized film, particularly foreign language, has seen declining interest, this is a major boost for this side of the industry.

Cohen’s involvement is a throwback to the early days of art houses in the late 1940s and 1950s, when non-English language European films gained more than limited play. Many key distributors of the time started as Manhattan theater owners, often with larger real estate ties. This persisted as a major force in specialized film up to the days of Miramax Films and the studio’s era of specialized divisions. Joseph E. Levine out of Boston created Embassy Pictures (“Two Women,” “Darling,” “The Graduate”), Don Rugoff had Cinema V (“Z,” “Monty Python and the Holy Grail,”), and even the Coen Brothers were initially handled by D.C. exhibitor-based Circle Releasing (“Blood Simple”).

Much of that interest contained an element of noblesse oblige — someone with a real interest in quality film and a commitment to its success. While this purchase enhances Cohen’s current interests, he’s also dedicating part of his fortune to an industry that will benefit from this boost.

Management Continuity is Part of the Deal

Landmark predates the modern specialized theatrical world. Founded by Kim Jorgensen on the west coast in the mid-1970s, it focused on repertory programming, often with a daily change of bookings of older films and a focus on careful curating rather than first run. Its printed calendars became a staple of moviegoing for most big city cinephiles through the early 1980s.

As the business evolved, they transitioned to more first-run play. Executives like Steve Gilula (now co-president of Fox Searchlight), Gary Meyer (for many years, part of the selection committee at Telluride), and the now retired Bert Manzari, Landmark evolved into the dominant national force in specialized exhibition. In many major cities, they are the primary or sometimes sole outlet for many distributors. 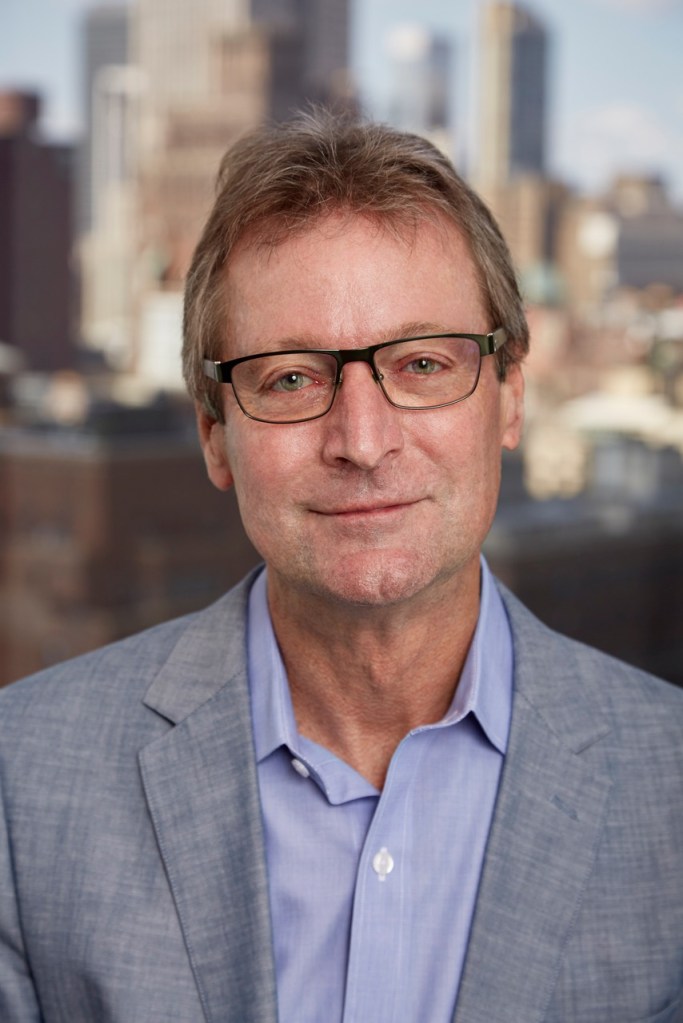 The announced deal suggests a seamless transition to new ownership under its experienced and savvy management, led by long-time exhibition executive Ted Mundorff. Commitment to its current programming, and continuation of a staff attuned to the needs of specialized audiences, was critical in industry concerns about a potential sale.

Cohen’s purchase should satisfy most distributors with his commitment to theatrical windows. Also, with none of the major circuits involved, the raison d’etre of the company is unthreatened.

Cohen Has Resources to Upgrade and Expand

Landmark has several top-end, modern theaters includingThe Landmark in Los Angeles, the 57 West in New York, as well as other recent builds in markets like Washington, D.C., Coral Gables, and Denver. But the majority of its locations are decades old, with the kind of upgrading needed that requires deep pockets. Consumers — particularly young ones who need to be enticed to keep specialized audiences alive — are used to the kind of stadium-seating, amenity-laden cinemas as their preferred venue.

Cohen Releasing is Now a Player

Landmark access is critical for any distributor, particularly for those who handle smaller and riskier films. Like most major specialized theaters, Landmark relies mostly on English-language films; this has meant fewer acquisitions of foreign-language films.

Though most significant foreign-language titles do see at least limited distribution, a Cohen-owned Landmark suggests that they will get front and center play. As a distributor, the Landmark ownership could broaden its acquisitions clout. Similarly, The Quad Cinemas, which compete with the IFC Center, Film Forum, and the Angelika as prime specialized first-run theaters in lower Manhattan, just saw its profile increase significantly.

Distributor reaction to this news will come quickly. The impact may not be great: Landmark needs distributors, and former Landmark proprietor Mark Cuban’s co-ownership of Magnolia Pictures serves as a precedent for not having one interfere with the other. For now, expect a combination of relief and optimism.

Sign Up: Stay on top of the latest breaking film and TV news! Sign up for our Email Newsletters here.

Dancing on Ice 2021: Rufus Hound becomes next celebrity to sign up