Great Big Lockdown Survey: Tell us what life’s like for you by answering THESE questions

Mo was on hand to reveal how he has been cheering up his neighbours during the pandemic while Monty Don was handing out gardening advice to viewers as well as chat about The Royal Horticultural Society’s new competition My Chelsea Garden, which Alex Jones will be helping to judge.

Alex and Amol were keen to find out more and The One Show host revealed: “We are teaming up with Monty Don to launch a special gardening competition.”

Amol added: “For all of the green-fingered amongst you, this is your time to shine.”

A VT was then shown of Alex explaining how the show will be celebrating the Chelsea Flower Show going virtual with Monty Don.

The episode then cut to Monty Don who was at home to chat about what he would be looking for from competitors and handing out advice. 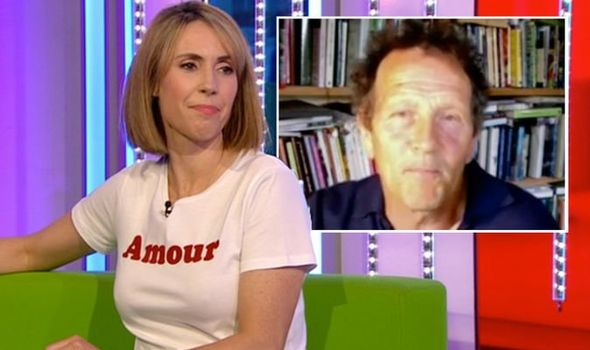 Monty explained: “When I visit a garden, and I’ve visited hundreds of gardens all over the world, is I try and empty my brain.

“I try and let the garden come to me rather than specifically hunting things out. So, if nothing leaps out at you, that’s a bad start.

“So, I want it to come at me. But also, originality, personality and just a sense of place that this is a much-loved place that is like any other.”

As Monty spoke about the competition, viewers couldn’t help but reveal they were incredibly distracted by his bookshelf in the background. 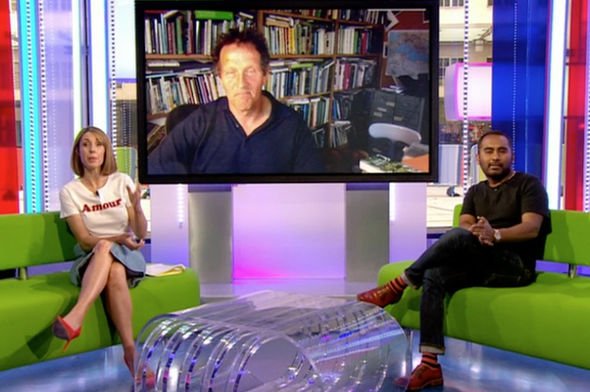 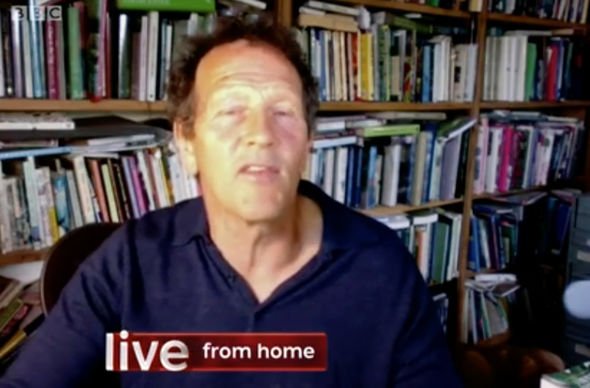 Taking to Twitter to comment, one viewer shared: “Now that’s an impressive bookcase in monty’s home. Looks a bit messy and disorganised, but rather extensive. 8/10 #TheOneShow.”

Another added: “Bit nervous about the stability of Montys bookshelves! #TheOneShow.”

“#TheOneShow Monty needs to tidy those bookshelves,” a third suggested.

Someone else posted: “Watching #TheOneShow loving #MontyDon’s bookshelves. Higgledy piggledy. Filled to the brim with books of all shapes and sizes.”

A fifth continued: “I reckon Monty Don has deliberately ‘scruffied up’ his bookshelf. To make him look like a busy reader who hasn’t got time to put the books back properly. #TheOneShow.”

Another tweeted: “It’s nice to see an actual celebrity (monty don) not standing in a pristine kitchen like the fake celebrities #TheOneShow.”

While tonight viewers were distracted by Monty’s house, yesterday The One Show fans were left in tears when Alex and the team surprised Sainsbury’s worker Robbie.

Robbie landed a job at the supermarket at the start of the pandemic after losing his job selling cruises.

Create your own survey at doopoll.co

He has been bringing joy to those queuing outside the shop each day – even singing for shoppers.

Wanting to thank him for his work, Alex took over the tannoy in Sainsbury’s and had him following all sorts of orders before his co-workers and shoppers thanked him in a video montage.

His girlfriend Ellie told viewers: “The only item on his agenda is to go out there and make people smile.”

The One Show airs weeknights on BBC One at 7pm.

'Mom' to End on CBS After 8 Seasons, Series Finale Set for May