At the beginning of Tuesday evening’s The One Show, BBC presenter Alex Jones and her co-host Jermaine Jenas introduced their guests to the programme. However, just minutes into the segment Alex got distracted by Brian, who was speaking to the duo via video link. As the actor spoke from his home in London, Alex noticed a strange pink line that appeared down the middle of his computer screen.

Introducing Brian and Russell to the programme, Alex began: “One will soon be joining a West End show while the other, he has been missing being on stage so much he has resorted to performing in his shower at home.”

“Let’s welcome Russell Tovey and thankfully he’s not joining us from his bathroom, it’s Brian Conley.”

The presenters turned to greet Russell first, who was sat opposite them in the studio before turning to address the pink line dominating Brian’s screen. 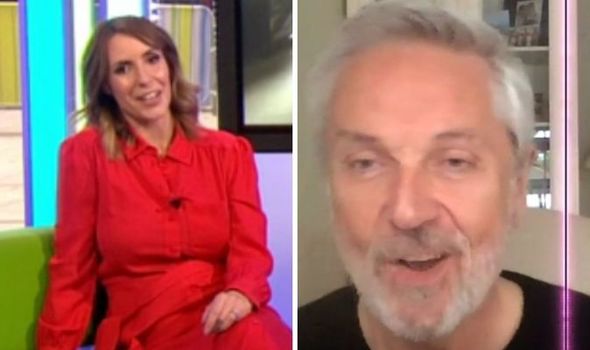 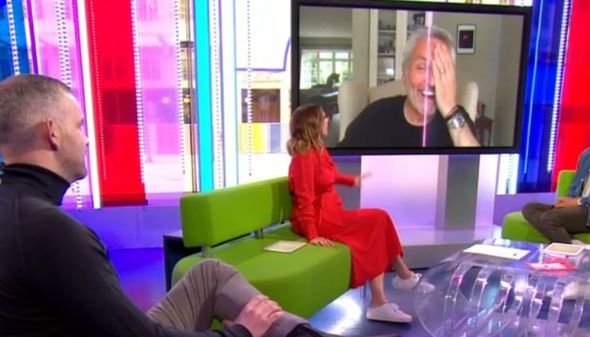 “Now I think we are going to have to talk about it,” Alex began. “The elephant in the room, what’s this pink stripe going on here?”

The actor was quick to apologise for the mishap as he explained: “Oh guys, I am so sorry.

“Basically, I have two lovely daughters, they’ve both gone back to university and I’ve got the Fisher-Price computer now.

“I realised someone had dropped it and about an hour ago I was like ‘Right, let’s do this’ and now I look like I’m on a split-screen.” 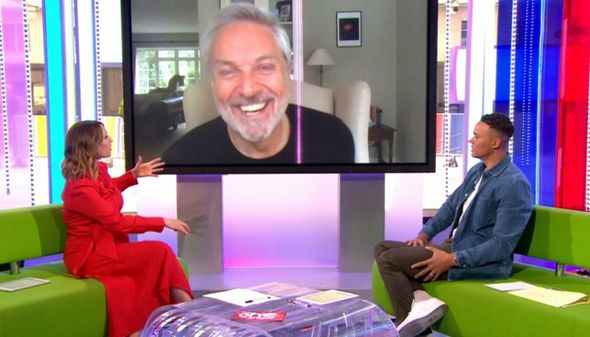 He continued: “It’s like a cheap version of Star Wars.”

Chipping into the conversation, Alex replied: “I don’t know it looks like you’re inside a pregnancy test.

She quickly moved the conversation on to chat about Brian’s latest project of singing in the shower with his clothes on.

“We saw you, Brian, singing in the shower, fully clothed,” Alex added.

“We have to say actually your voice does sound incredible. I mean everyone does better in the shower.

“But aren’t your family a bit worried that you’re getting in the shower fully dressed and having karaoke?”

“I just thought I’d do it to brighten things up,” Brian laughed. “And for me, I’m an entertainer and I do get withdrawal symptoms.”

Strictly Come Dancing: Katya faces axe over that kiss so is Kevin next for the chop?