NBC’s critically acclaimed drama, This Is Us, is back from winter break with more intensity than ever before. However, fans have a massive problem with Kate’s (Chrissy Metz) recent storyline. Viewers feel her plot was “rushed and pointless” and came “out of the blue.” 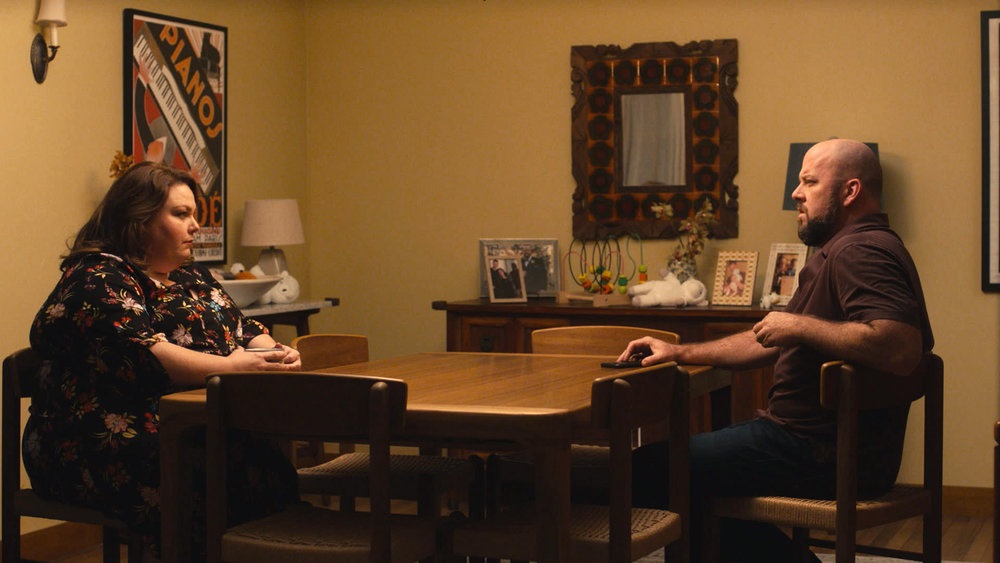 In the This Is Us episode on Jan. 12, 2021, “Birth Mother,” Kate opened up to her husband, Toby (Chris Sullivan), about her abortion. When her toxic relationship with Marc (Austin Abrams) ended, 18-year-old Kate (Hannah Zeile) found herself pregnant. She chose to get an abortion but did not tell Marc or anyone. She kept the secret for over 20 years and finally told Toby about it on the show, only recently.

Toby is very understanding but expresses his desire to “pulverize” the man who hurt his wife. Although Kate thought she was over the incident that happened so long ago, she stays up late searching online for Marc.

With Toby’s encouragement, she decides to confront Marc. Kate finds he works within driving distance and is similar to the man he was so many years ago. She finds closure in telling him how much he hurt her and heads home with a weight lifted from her shoulders.

Fans find the writers’ plotline with Marc ‘rushed and pointless’

Although This Is Us provided backstory on Marc and Kate in season 4, fans did not like the conclusion to their teenage love story. Since the relationship happened 20 years ago, fans found it hard to believe that an adult would confront someone so much later.

“For me, it seemed to come out of the blue,” one viewer wrote on Reddit. “I would understand if her dealing with an abusive past had been an ongoing storyline, and this was the conclusion, but it wasn’t, and all just seemed rushed and pointless.”

Other fans agreed on several different points. Viewers can’t imagine how she did not tell her husband about her abortion after she struggled with fertility for so long. They also find inconsistencies with the fact that Marc suddenly lives locally.

“This was such a bad move that this was the first time I really felt the writers were grasping for ideas,” another viewer added. “She’s out of the blue still hung up on a six-month relationship from over two decades ago? She looks him up and, despite both of them being from PA, he happens to live in CA now within driving distance, and she and her husband have time with their special needs infant son to drop everything the very next day and confront this guy? And he just happens to be working (and out front) right when she gets there, so she can have an after school special/lifetime original movie-esque moment of tearing him down? And this all is supposed to be an empowering win for her?”

A more believable plotline might be Kate rehashing the entire experience with a therapist. The counselor might recommend she write a letter to Marc to get her feelings out, but not travel to see the person from 20 years in her past.

Some fans believe that ‘This Is Us’ provided closure for Kate

Other viewers believe that the story rings true to real life. A person can hold on to something from their past for along time. People seek closure in different ways.

“She didn’t talk about it,” one fan wrote. “That’s her whole point. I think this is the start of her weight loss journey. I think she had been eating her feelings as opposed to getting them out.”

Another viewer agreed that this moment was the beginning of real growth and character development for Kate.

“That’s such a good point!” another Redditor agreed. “She’s doing really good either way. She’s got a great husband and a cute little baby! She really just needed to move on.”

How SVU Turned Mariska Hargitay into an Advocate for Rape Survivors: ‘All These Women Need Is to Be Believed’