Home » TV & Movies » 'This Is Us': Justin Hartley Weighs in on Which Brother Was More Hurtful & Whose Side He Takes

The This Is Us season 4 finale was last night and everyone is talking about the fight between Kevin (Justin Hartley) and Randall (Sterling K. Brown). The brothers’ relationship has always been fraught with misunderstanding and tension, but this new fight really pushes things to the limit. But how does Hartley feel about the fight now that it’s played out for the world to see? And which brother does he side with?

[Spoiler Alert: This article contains spoilers for the This Is Us season finale.] 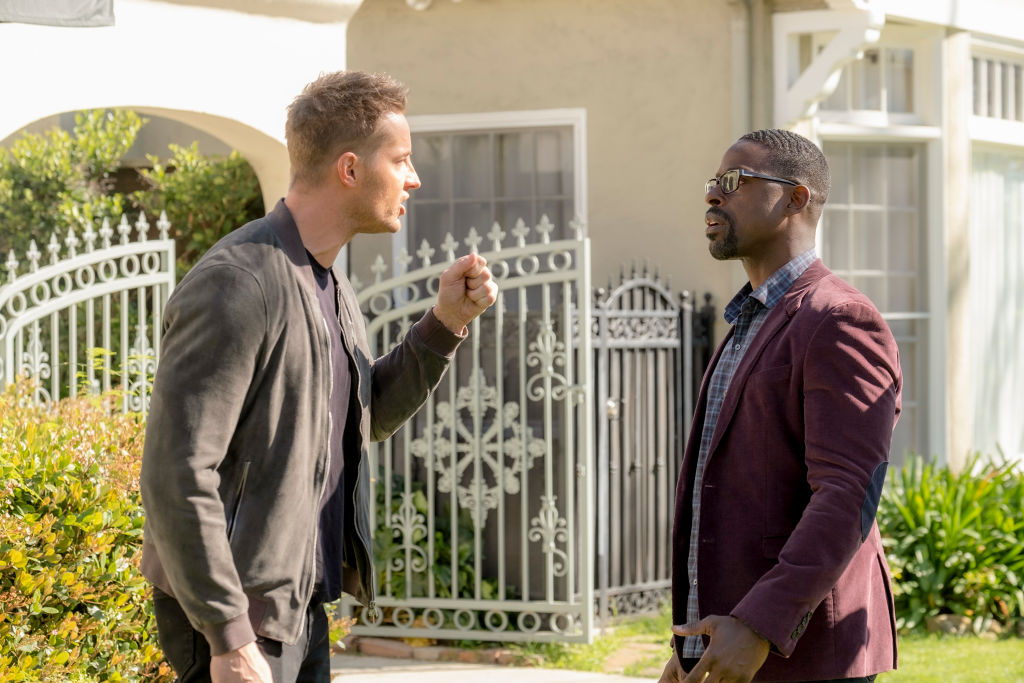 A quick recap on the season finale fight

Prior to the This Is Us season finale, the cast and crew attempted to warn fans about just how bad the fight would be. Fans were expecting an outright brawl, but what happened was somehow even worse than that. Instead of exchanging physical blows, Randall and Kevin delivered insidious verbal jabs, proving that words can hurt just as much as fists. There were a lot of truly heinous things said, but fans agree that Randall telling Kevin that Jack died ashamed of him and Kevin telling Randall that the worst day of his life was when their parents brought him home was the worst of the fight.

‘This Is Us’ cast member, Justin Hartley weighs in

But whose words were more hurtful when it was all said and done? Many fans of This Is Us are going back and forth about who wounded the other more. Hartley, on the other hand, thinks it depends on when you ask. In a recent interview with Entertainment Weekly, the actor shared that in the moment of the fight, Randall’s words to Kevin were likely more hurtful. However, he believes that after both brothers gained distance from the fight, Randall was likely more wounded by what Kevin confessed to him.

“In the moment it’s the things that are being said to you. And that’s what fuels the things that you say in return. And then in your private moment afterward, when you’re sitting down, I’m not sure it’s the words that the person said to you that hurts so much as it is the words that you said to the other person to hurt them, to inflict that pain on them, that you sit with, that keep you up at night. So I think it depends on when you ask,” Hartley shared about the worst fight we’ve seen on This Is Us thus far.

But whose side does Hartley ultimately take regardless of who wounded the other more? Hartley confesses that since he’s spent the most time in Kevin’s psyche, he’s more inclined to side with him. Furthermore, as a father, he understands Kevin’s need to spend as much time as possible with his mother, rather than watching her be shipped away for nine months. However, just because he sides with Kevin doesn’t mean that the This Is Us star can’t see Randall’s perspective.

“There’s not a question in Kevin’s head that this is what Randall thinks is best. It’s the way in which he got it done that he’s struggling with. This is a manipulation. This is taking advantage of a situation. That’s the problem that he had,” Hartley shared. Unfortunately, Kevin seeing Randall’s perspective wasn’t enough to prevent the huge blow-up. Thanks to the flash-forward, we know the brothers eventually come around. But, who knows how long it will take for them to mend this rift.

The Woods season 2 Netflix release date: Will there be another series?