Earlier this month, Holly Willougby and Phillip Schofield angered This Morning fans by offering viewers the chance to win the cost of their household and energy bills with the Spin to Win competition. After a short break, the competition returned on Monday but viewers still weren’t happy with the prize-winning game.

The controversial prize was axed two days after it was introduced earlier this month.

Spin to Win has been missing from the show since the death of the Queen.

However, on Monday the game returned but this time the wheel and tombola balls featured money prizes only.

Introducing the Spin to Win segment, Holly remarked: “Let’s bring down the wheel, it’s been so lonely up there.” 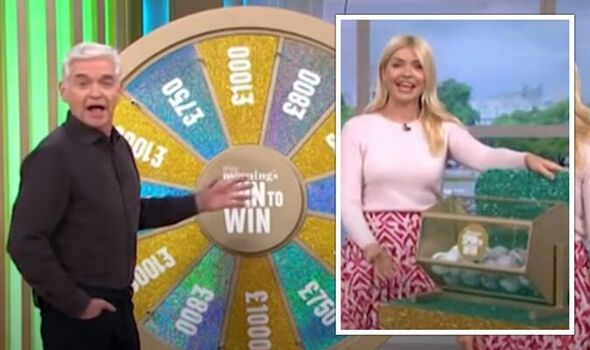 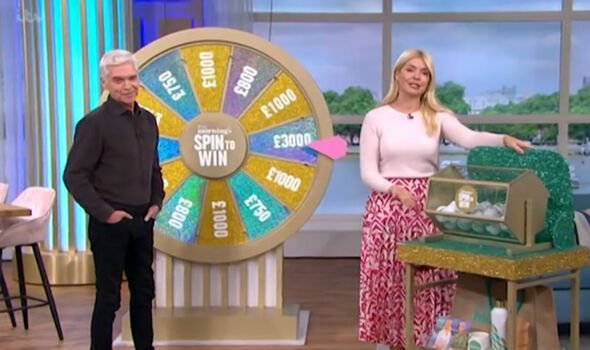 Criticising the return of the competition, some viewers referenced Holly and Phillip’s infamous alleged queue jump to see the Queen lying-in-state in Westminster Hall. 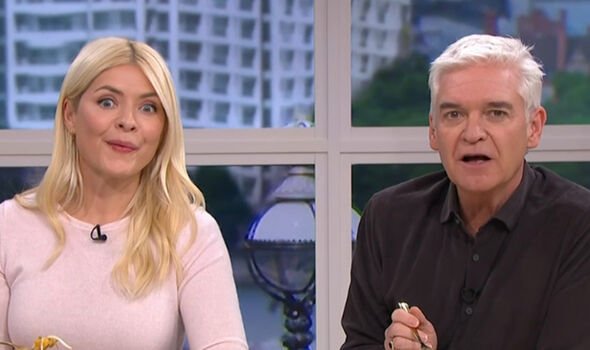 @LelJoyce tweeted: “#ThisMorning New game idea: Jump to the front of the queue to play spin to win…”

“We think the coast is clear therefore we’ll bring back Spin To Win #ThisMorning,” @selz_j wrote.

“#thismorning Oh Spin to win is back then. WE HAVEN’T FORGOTTEN,” @Crazier shared.

@SenorApple2014 complained: “I see Spin to Win’s back. And they want us to forget the s***show that happened last month. Do they think we’re dumb*****? #ThisMorning.”

Earlier this month, Holly and Phillip sparked a public backlash after they visited the Queen lying-in-state.

Holly addressed the controversy on the show and said in a voiceover: Like hundreds of accredited broadcasters and journalists, we were given official permission to access the hall.

“It was strictly for the purpose of reporting on the event for millions of people in the UK who have not been able to visit Westminster in person.

“The rules were that we would be quickly escorted around the edges to a platform at the back.

“In contrast, those paying respect walked along a carpeted area beside the coffin and were given time to pause.

“None of the broadcasters and journalists there took anyone’s place in the queue and no one filed past the Queen. We of course respected those rules.

“However, we realise that it may have looked like something else, and therefore totally understand the reaction. Please know that we would never jump a queue.”

This Morning airs on ITV on weekdays at 10am.

A New 'Twilight' Book is on the Way – Could a Movie Be Next?