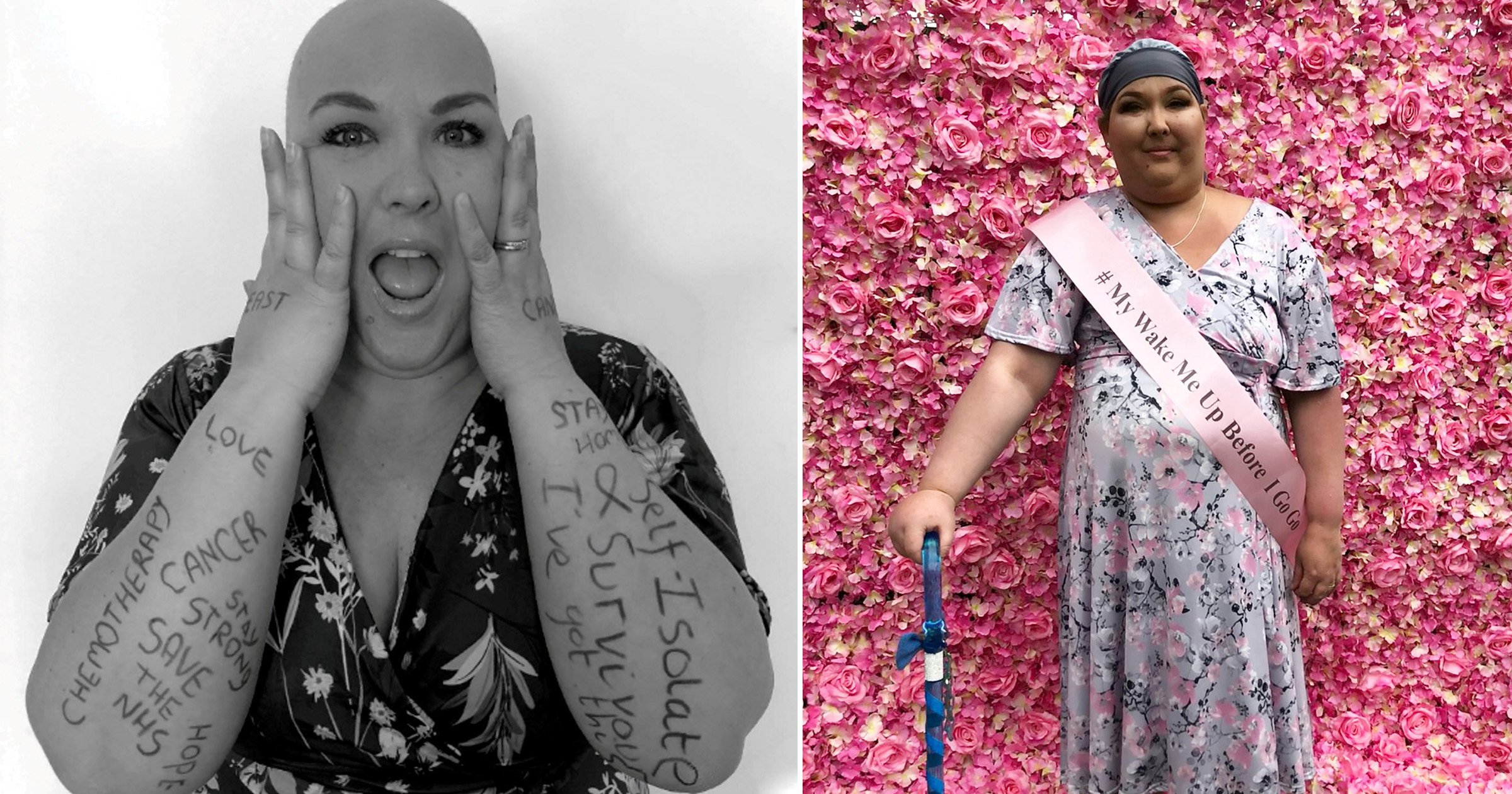 Bone had been diagnosed with inflammatory cancer in 2019 and was given the all-clear last year, but learned earlier this year that it had returned in her brain and that she had months to live.

Her sons confirmed that she died on Tuesday night on an Instagram page set up to document her illness journey.

The post read: ‘After a long battle with cancer, Mum went in the most peaceful and perfect way last night. Mum inspired so many people and will do for years to come, she always put others first and ALWAYS stayed positive which kept the whole family going.

‘On behalf of Mum she was so grateful of the support everyone gave us the past year as it kept her positive. After suffering for so long she deserves a rest. Sleep tight Mum.’

This Morning’s Alison, who met Bone in June, commented: ‘God bless Heather on her next journey now, I’m so honoured to have met her. RIP Heather.’

Bone won £1,000 in the ITV show’s Dosh On Your Doorstep competition, with ITV donating a further £1,000 to her after she explained she had been given three months to live.

In August, she appeared on the show via video call to tell Eamonn Holmes and Ruth Langsford that she spent the money on her own wake, called a Wake Before I Go Go party.

Bone explained: ‘It went fantastic, everyone turned up in wigs, it was nice to see people I haven’t seen for quite a long time and then trying to find out who’s under that wig. That was really really nice.

It was everything all mixed up, it was emotional, it was happy, it was nice to see work friends I haven’t seen for a while. It was really nice. Yesterday I spent the whole day in bed.’

Bone had appeared on This Morning before – in 2012, she proposed to her partner Dan on the show on Leap Year.

This Morning then invited the couple back on the show in 2018 and paid for their wedding in 2018, as well as providing a wedding planner.

Sadly, a year later, Bone – who was with Dan for 20 years and shared two sons with him – was diagnosed with cancer.

She explained on Instagram: ‘This is a rare type of breast cancer. The cancer cells block the smallest lymph channels in the breast. The lymph channels (or lymph ducts) are part of the lymphatic system. They normally drain excess tissue fluid away from the body tissues and organs.

‘The lymph channels can’t do this job properly if they are blocked. This blockage causes the skin to become red and inflamed. Between 1 and 5 out of 100 breast cancers (1 to 5%) are inflammatory breast cancer. THERE WAS NO LUMP!!!!’

After learning her illness was terminal, Bone had been ticking things off her bucket list, including meeting Craig David at Victorious Festival, and getting Gordon Ramsay to tell her to ‘f*** off’.

‘One Day At A Time’ Cast & Showrunners React To Pop Cancellation: “We Still Have Some Hope For New Homes”