Home » TV & Movies » Thor: Love and Thunder Success Is Key to Keeping Up Box Office Momentum Beyond Just the Summer

July is usually the biggest grossing month of the year at the box office (June or December are the only others that come close). This July should easily be the best month we’ve seen so far this year. This would come after June established a high-water mark for the domestic box office, the best in two-and-a-half years. With only two days left in the month, the total take for the month should hit about $970 million.

Pre-COVID, June normally grossed over $1 billion, and that’s going all the way back to the 1980s, adjusted for inflation. Even now, theaters are not yet back to normal. The 84 percent share from this month, compared to June 2019, is the best ratio to the most recent “normal” same month since theaters starting reopening after lockdown, though it’s only about three-fourths of a typical take, compared to the bigger numbers from June 2018.

Our June preview suggested that, in a best case box office scenario, June might reach $1 billion. To do so, “Jurassic World: Dominion” (Universal) and “Lightyear” (Disney) needed to perform as expected and “Top Gun: Maverick” (Paramount) had to hold strong after its strong opening. The total came close because “Dominion” hit its mark with about $315 million during the month, even though “Lightyear” fell far short with under $100 million.

But most of all, June’s big take is due to “Maverick” adding over $360 million to its initial numbers. Even with a lower-than-normal total, June’s performance is more impressive since the month saw only four new wide studio releases, far fewer than any normal month in recent memory. Hit films did better because of less competition, but the lack of more alternatives, far beyond just the disappointing “Lightyear,” is the main culprit for grosses not reaching higher levels.

“Elvis” (Warner Bros.) and “The Black Phone” (Universal) opened well last weekend, with the latter in particular with the potential to add $75 million or more in July. But “Maverick” will do even more, perhaps as much as $150 million additional, as it reaches its likely $650 million or better domestic haul.

All told, already released films potentially could contribute $350 million to the July total, but the onus to make July a stellar month will be on the six new wide releases opening.

One step up: July will have two more wide releases than studios provided in June. Crucially, three of them — “Thor: Love and Thunder” (Disney), “Minions: The Rise of Gru” (Universal), and “Nope” (Universal) — will do well enough alone to easily get July over $1 billion.

“Thor” opens July 8, giving it four weekends within the month. Based on how much better “Doctor Strange in the Multiverse of Madness” did over its predecessor, this fourth standalone MCU film is anticipated to top any of the three prior “Thor” entries (“Ragnarok” is currently the best, at $315 million total).

Both its calendar placement (like “Doctor Strange,” it’s got a summer date, unlike its predecessor) and its appeal as a main universe Marvel storyline entry are seen as assets to boost its prospects. An opening over $150 million is anticipated. Taking in $300 million during the month seems like a conservative projection. How much more the film will be able to notch will be key to whether July might get to $1.2 billion — or even higher. 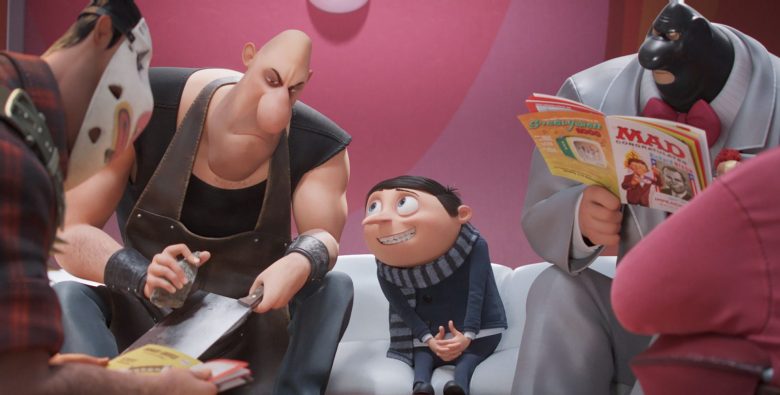 “Minions: The Rise of Gru”

“Minions: The Rise of Gru” (Universal) opens this week with a big question mark — was “Lightyear” sui generis or are animated theatrical releases all tainted by both Universal and Disney regularly making them home-available early? It is anticipated to open around $75 million. The sequel to the “Despicable Me” spinoff, overall the fifth film in the franchise, has a higher potential.

The 2015 “Minions,” which opened over the Easter weekend, took in $115 million out of the gate. That suggests an upside to the current projection. But the relatively weaker performance of most animated films post-COVID shutdown — at least partly blamed on Disney’s early streaming of top titles, and Universal placing them on PVOD no later than after their third weekend in theaters — looms as a caution.

Ironically, if as expected “The Rise of Gru” opens over $50 million, due to its current agreement with theaters, Universal won’t place it on PVOD until at the earliest after the fifth weekend. The film also benefits from the quick drop for “Lightyear,” with less competition in the animated family space.

Two later animated titles — “Paws of Fury: The Legend of Hank” (Paramount/July 15) and “D.C. League of Super Pets” (Warner Bros./July 29) — might have some limited impact. But neither is projected to be as strong, and the latter with its final weekend opening won’t be a big factor in the total July gross. The three films together, however, will give a sense whether “Lightyear” was a fluke.

“Nope” on July 22 has the potential to be the biggest non-franchise release of the summer. Following “Get Out” and “Us” (both $175 million domestic grossers, both early year releases), Jordan Peele’s genre films are close to franchise status. This will remain a question mark until the film is screened (it features UFOs, but not much else is known). It is likely to be the third biggest opening film of the month (over $50 million likely).

Another intriguing non-franchise opening this month is “Where the Crawdads Sing” (Sony/July 15). There was a time when an adaptation of a best-selling mystery novel like this would be considered a sure-fire hit (“Gone Girl” as recently as 2014 grossed $168 million domestically).

Its appeal includes older audiences, who have recently resumed moviegoing. It lacks big name stars though, leaving the book and word of mouth after opening (and possibly review attention before) to boost it. It remains the biggest uncertainty of the month.

Other titles of note, though more limited initially, include two from Focus Features: “Mrs. Harris Goes to Paris” (July 15) and “Vengeance” (July 29).

This overall lineup has potential. The comparable July 2019 had “The Lion King” and “Spider-Man: No Way Home,” both of which grossed over $350 million in the month. “Toy Story 4” added another $163 million to its bounty. “Once Upon a Time in Hollywood” did an initial $55 million.

If this July performs as relatively well to 2019 as did June, it will gross $1.1 billion. Our recent monthly have mostly been slightly over optimistic. In this case, though, exceeding that number looks very possible.

Teen Mom 2's Leah Messer Reveals She Was 13 the First Time She Had Sex: 'I Didn’t Know Anything'

'Grey's Anatomy': Why Does Everyone Really Hate Tom?