Tiger King on Netflix came back into the limelight after Carole Baskin won possession of Joe Exotic’s zoo. The series, which follows former big cat keeper Joe Exotic at his GW Zoo in Oklahoma, tells the story of his rivalry with animal rights activist, Carole Baskin. Baskin, who has now become a household name, is married to Howard Baskin – but how did they meet, and where is Howard now?

In the series, Carole Baskin is introduced as Joe Exotic’s biggest rival, who owns Big Cat Rescue in Florida.

Throughout the series, their rivalry escalates, to the point where Exotic was jailed on murder-for-hire charges after he plotted for a hitman to kill Baskin.

Viewers are introduced to Howard Baskin, her husband, and he continues to play a prominent role in the series as well as the downfall of Exotic.

Since the documentary series aired, Howard featured in a video filmed by Big Cat Rescue, explaining how there was some “deception” throughout the documentary. 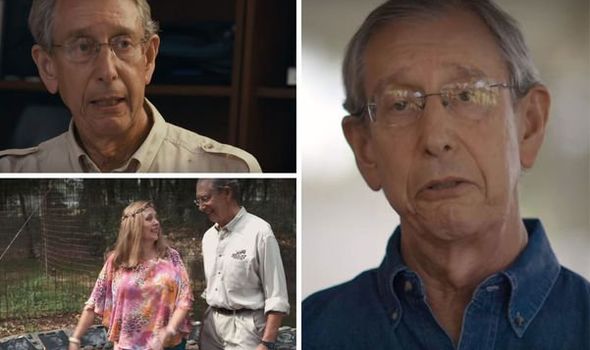 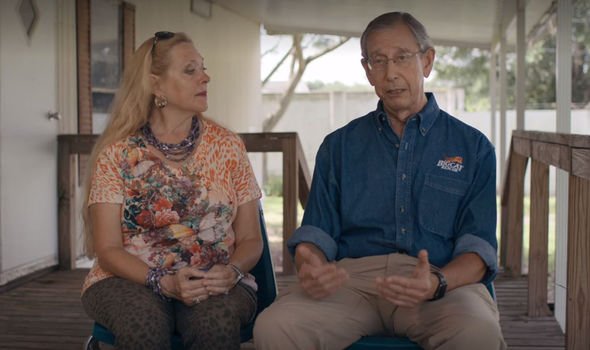 In the video, he said: “This is a video for our supporters to explain to you the deception that took place in the making of the Netflix Tiger King and to thank you so much for so many expressions of support.

“Five years ago [the directors] approached us and said they would make the ‘Blackfish’ of big cats and expose the abuse in captivity associated with cub petting schemes.

“We have turned down numerous people who came to us wanting to film because we did not think they were going to do something meaningful, we thought they just wanted to do something sensational and we didn’t want to be part of that.”

Blackfish was a previous documentary exploring the exploitation of animals at Sea World.

In the video, Howard goes on to say they trusted the directors, especially when they said they would touch on the disappearance of Carole’s first husband Don Lewis in a “respectful” way.

Netflix has been approached for a comment about the couple’s claims but the streaming platform did not respond. 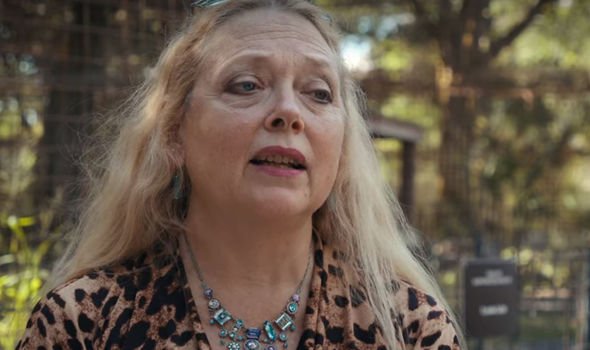 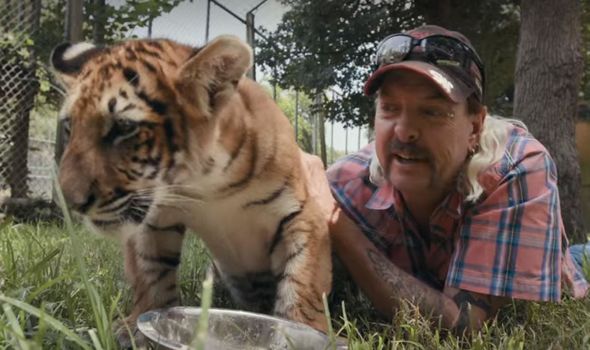 Howard and Carole met in 2002, five years after Don Lewis went missing, at a launch party for No More Homeless Pets.

A year later he helped Carole rebrand her wildlife sanctuary, and the couple married the following year in 2004.

The pair would then come up with a 25-year plan to stop the abuse of big cats in the country, and Howard explained his role on the Big Cat Rescue website.

He said: “Repeatedly I rescued small companies where an entrepreneur had gotten the company going but operations and finance were in disarray preventing profitability and growth.

“At Big Cat Rescue, cat care operations were outstanding already, but organizing the finances, administration and fundraising was the greatest challenge of my life and by far most satisfying.

“The second most challenging was organizing Carole’s kitchen cabinets at home.”

Howard acts as secretary and treasurer for the business and in the documentary series, he has a lot of dealings with lawyers over the torment by Exotic.

The website explains Howard is a retired management consultant who worked with companies going through the early stages of their development to help get them on track.

He spent 11 years at Citicorp in a number of roles, including Director of Strategic Planning for the Commercial Real Estate Division.

Howard later went on to become a general manager of three different companies, one of which he co-founded, but he has since devoted all his time to Big Cat Rescue.

His other roles include spending three years on the Board of Directors of the Upper Tampa Bay Chamber of Commerce, and he was a member of The Rotary Club of Tampa.

He graduated from Union College in New York in 1972 and then moved on to the University of Miami School of Law in 1978. He received his MBA from Harvard Business School in 1980.

Both Howard and Carole said they wanted no further involvement in the Tiger King series after it was announced a special episode, entitled The Tiger King and I, would be released on Netflix.

The special episode features interviews from some of the key players in the series and they go on to explain what they are up to following the release of the highly successful series.

Instead, Howard released his own emotional video, during which he declared his love and appreciation for his wife.

During the video, he starts getting very emotional, and he said: “Some of you have spent time with Carole in person, anyone who spends an hour with Carole would come away knowing there was no way she had any involvement in Don’s disappearance.

“I don’t have a way to arrange for each of you to spend that hour with Carole, I thought the next best thing I could do was spend a minute or two personally telling you what it is like to be her husband and partner.

“We make decisions together every week and we don’t always agree, what we do is we talk about it and if we can’t come to a decision we both agree to, one of us just says you know what? I can see this is more important to you than it is to me.

“I honestly believe I am the luckiest man in the world, I cannot imagine having a more considerate or caring spouse.”

Tiger King is available to watch on Netflix now

'Bachelor' Season 23, Week 7 Recap: Uh Oh, Are Cassie and Caelynn in It for the Wrong Reasons?!

Want To Throw A Netflix Party? Here's how To Stream Movies With Your Friends