The Love Island star wrote a letter to the radio host after he made remarks about the young chef's weight live on air on Wednesday morning. 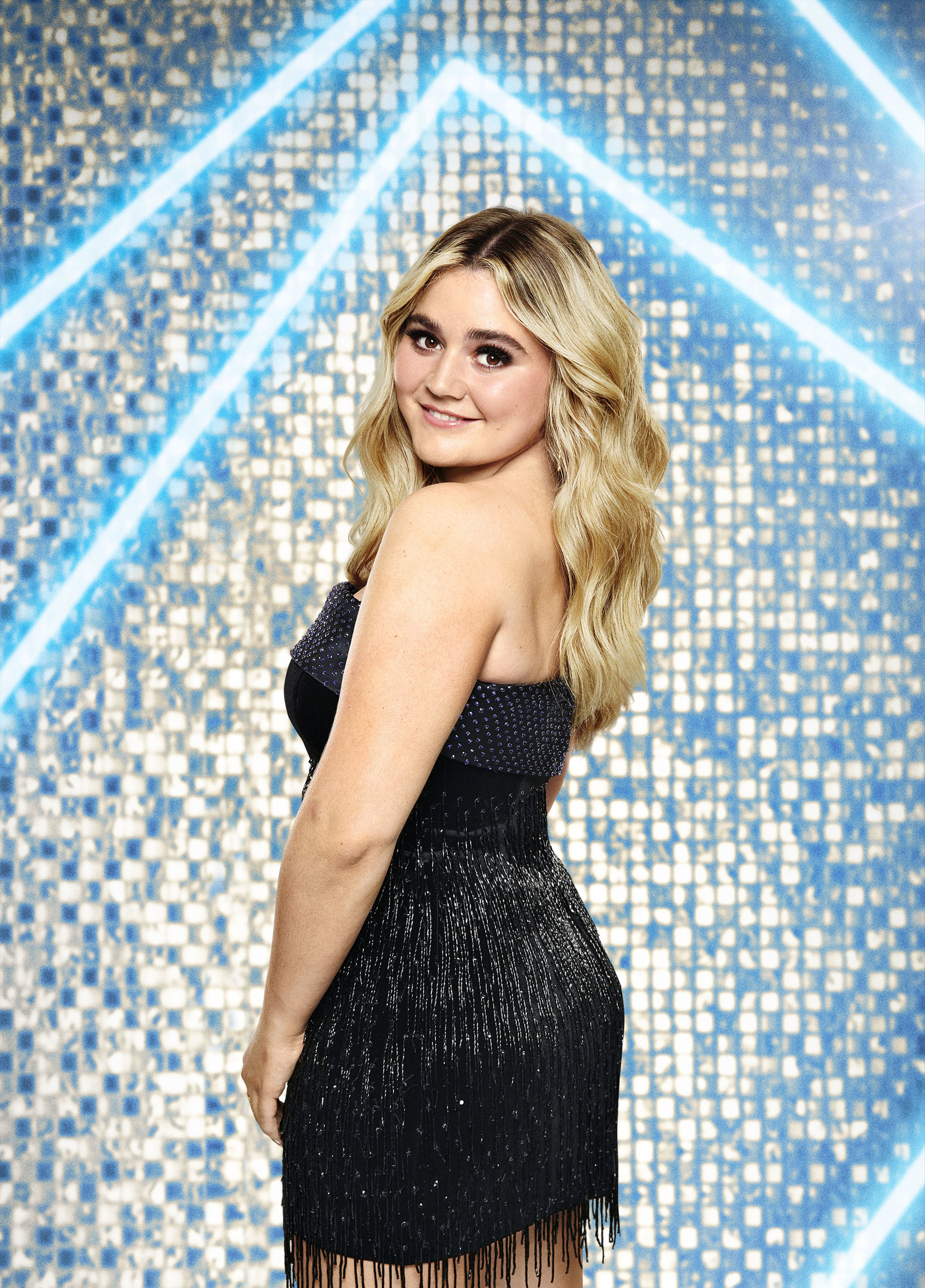 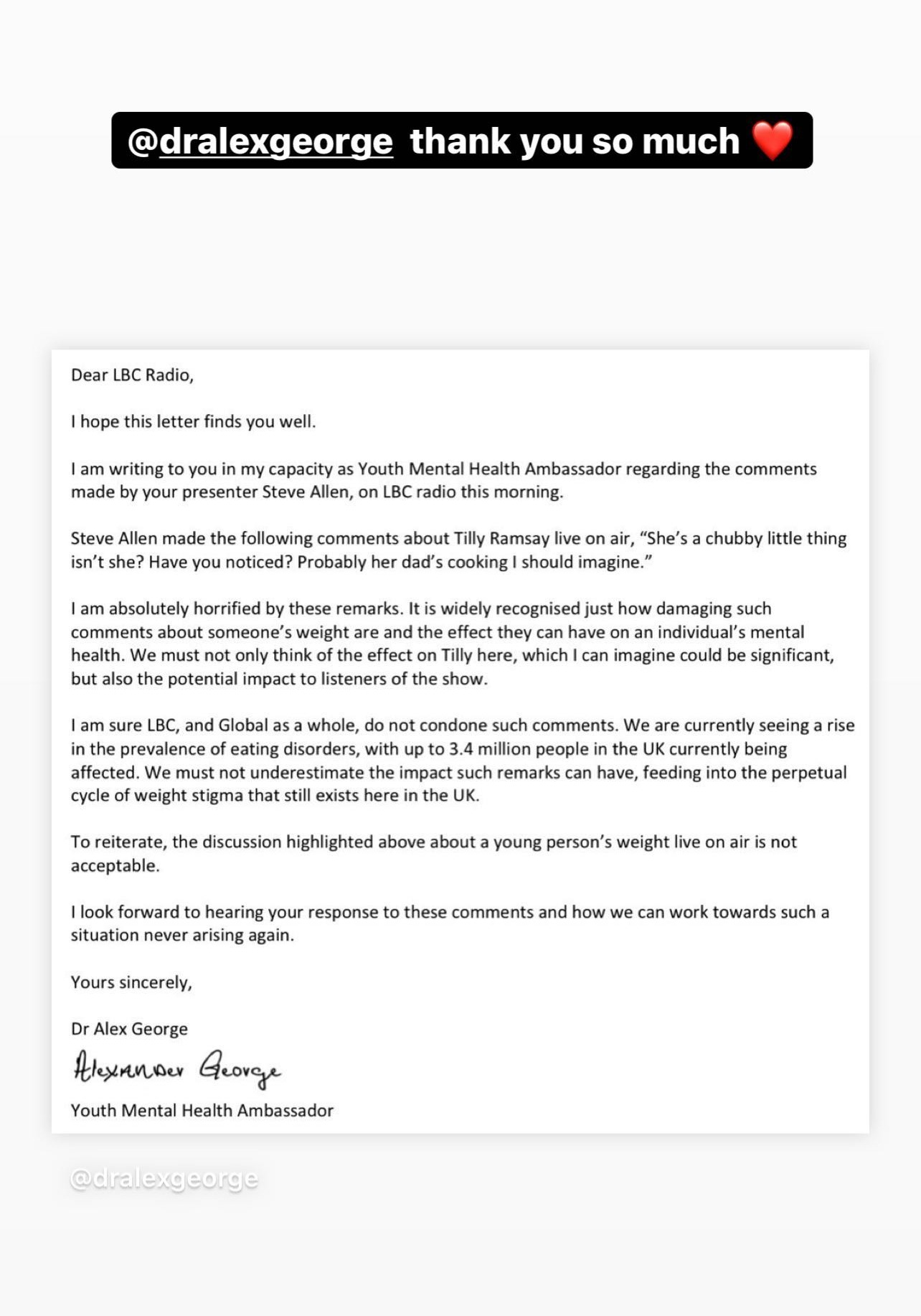 Dr Alex, 30, took to Instagram to share the letter he wrote to LBC radio station about the damaging effects of fat-shaming comments.

It came as Steve, 67, referred to Strictly contestant Tilly, 19, as a "chubby little thing" – sparking outrage from the mental health campaigner.

Alex wrote: "I am writing to you in my capacity as Youth Mental Health Ambassador regarding the comments made by your presenter Steve Allen, on LBC radio this morning.

"Steve Allen made the following comments about Tilly Ramsay live on air: 'She's a chubby little thing isn't she? Have you noticed? Probably her dad's cooking I should imagine.'

"I am absolutely horrified by these remarks. It is widely recognised just how damaging such comments about someone's weight are and the effect they can have on an individual's mental health.

"We must not only think of the effect on Tilly here, which I can imagine could be significant, but also the potential impact to listeners of the show.

"I am sure LBC, and Global as a whole, do not condone such comments. We are currently seeing a rise in the prevalence of eating disorders, with up to 3.4 million people in the UK currently being affected."

He urged the radio station to "not underestimate the impact such remarks" could have on young people such as TikTok star Tilly.

"The discussion highlighted above about a young person's weight live on air is not acceptable," Alex signed off the letter.

Having posted the letter to his Instagram stories, Tilly went on to share it herself and thanked the reality star, writing: "Thank you so much".

Earlier today, Tilly, the daughter of chef Gordon Ramsay, said "words can hurt" after the cruel remark was made on LBC Radio by presenter Steve.

In a post on Instagram, Tilly said she would “draw the line” at anyone making fun of her appearance and added that she “won’t tolerate” nasty remarks.

"She’s a chubby little thing, isn’t she, have you noticed? Probably her dad’s cooking, I should imagine.”

Allen hosts LBC's morning show from 4am to 7am every weekday – and has been working with the broadcaster for decades.

Tilly wrote: “I try not to read and listen to comments and negativity however recently being called out on a national radio station by a 67-year-old man is a step too far.

“I draw the line at commenting on my appearance. It’s such a shame that someone is trying to make such a positive experience negative.

“This isn’t the first and definitely won’t be the last comment made about my appearance.

“But please remember that words can hurt and at the end of the day I am only 19.

“I understand that being in the public eye obviously comes with its own repercussions and I’ve been aware of this from a young age.

“However I won’t tolerate people that think it’s okay to publicly comment and scrutinise anyone’s weight and appearance.”

Tilly received an outpouring of support on social media after posting her statement.

One comment read: "You are beautiful inside and out Tilly! Remember people like him say those things because of their own insecurities and problems, don’t listen to them and do you because you are amazing girl."

Fellow Strictly star Giovanni Pernice said: "Some people are very nasty! Don’t listen to this c**p, we love you girl." 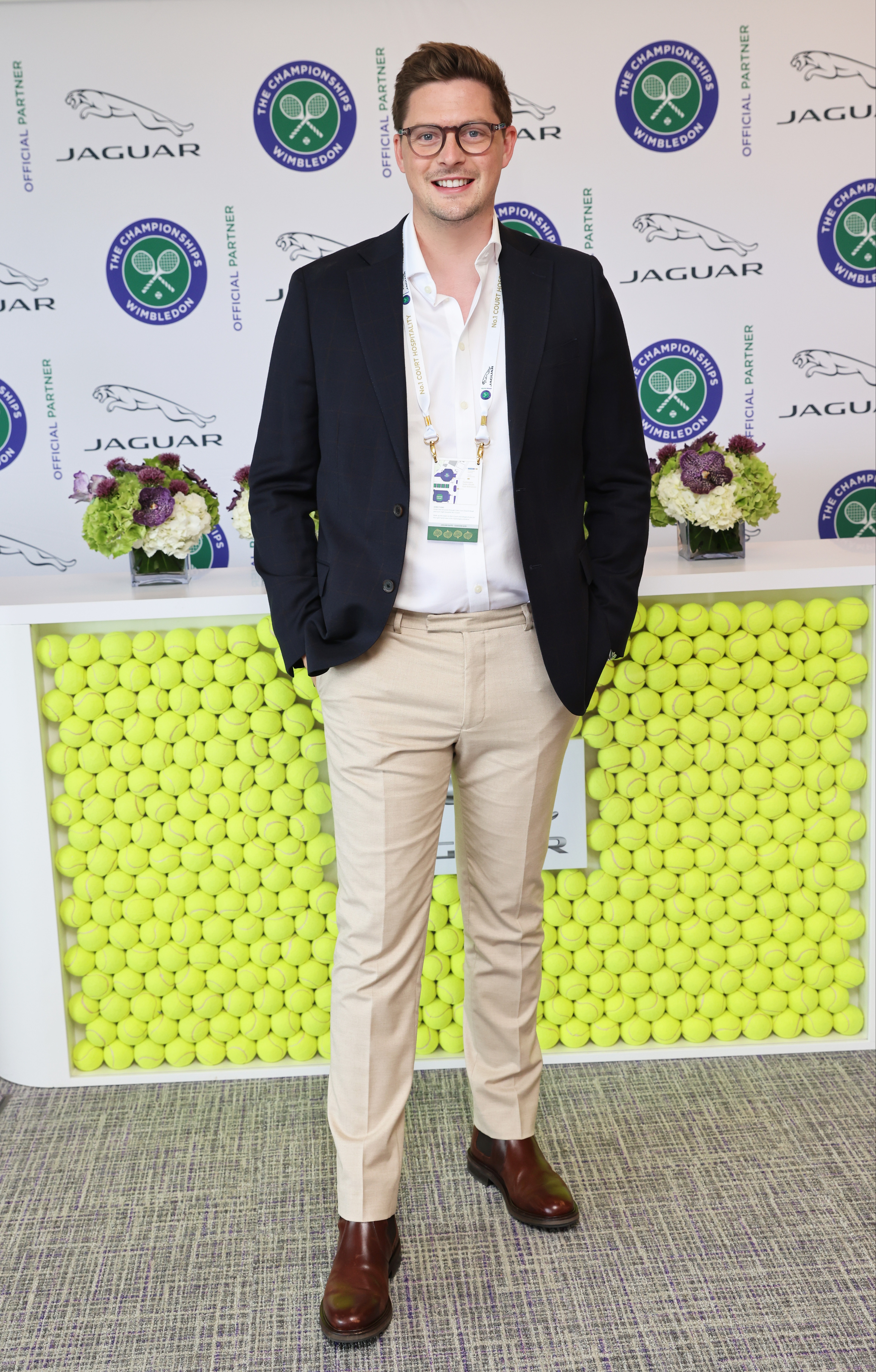 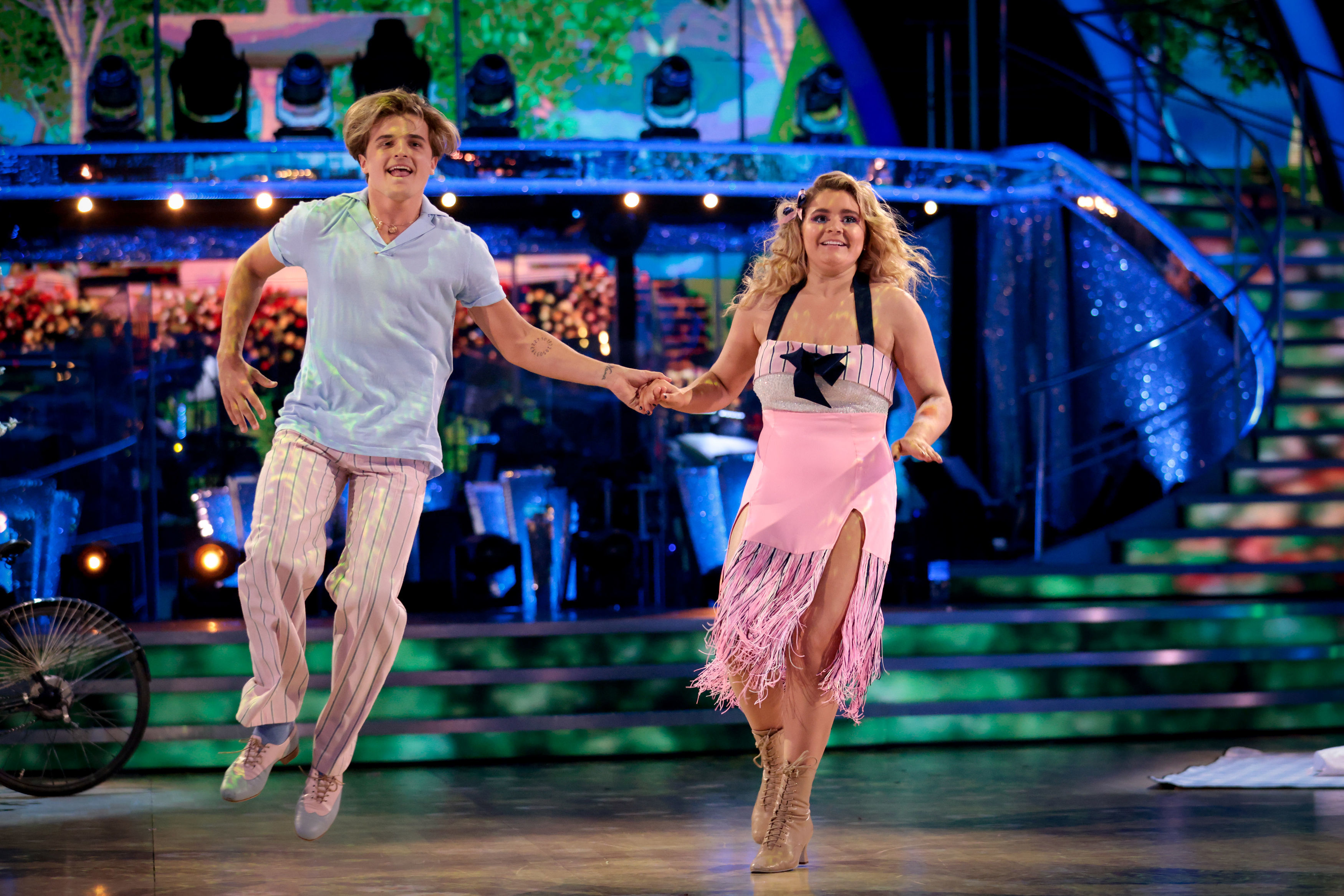