Home » TV & Movies » Turreted fairytale castle on the market for £17.5million – and it's in London 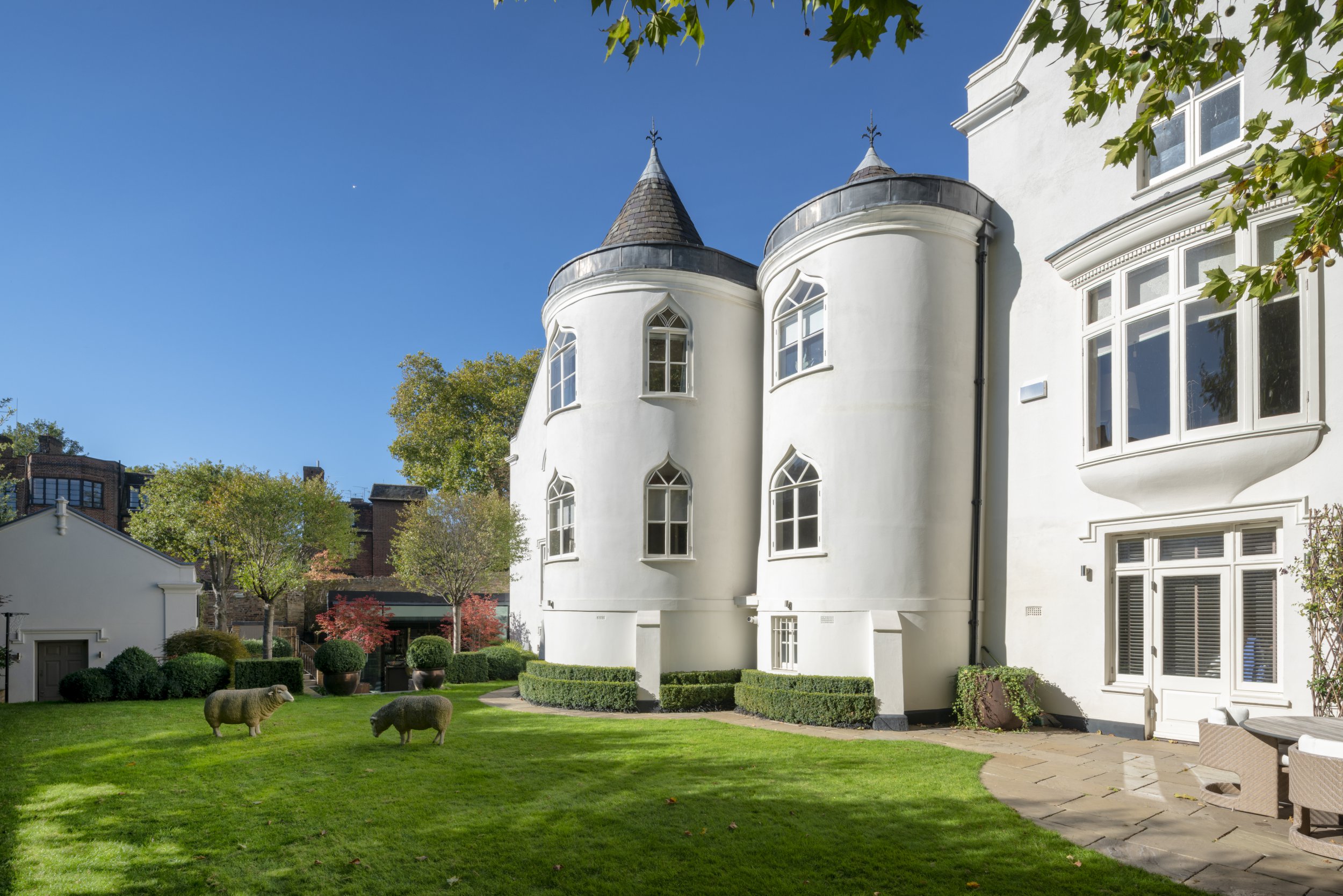 Would you prefer to live in a bustling city, a charming village or a fairytale castle?

The good news is that it’s not a decision you have to make because you can have all three. The bad news is, it’ll cost you £17.5million – although for your money you’ll be taking ownership of a genuinely historic slice of real estate.

You’ll have heard of the city, which these days is called London. The village is Belsize Village, an affluent enclave nestled between Primrose Hill and Hampstead Heath, and dotted with the usual queue-forming artisan bakeries, mouth-watering delis, eye-opening boutiques and arthouse cinemas. And the castle? Well, thereby hangs a tale.

In 1808, an existing lodge house was purchased by William Tate, a relative of the Tate & Lyle group, who had sold mountains of sugar to a delighted if snaggle-toothed population. Tate commissioned architect Joseph Parkinson – known for rebuilding Oxford’s Magdalen College, the one pronounced “maudlin” to fool the unwary – to design a new gaff called Hunter’s Lodge.

On the garden frontage he also added rounded towers with ogival windows and conical slate roofs, giving more than a hint of the Scottish baronial style, with the whole lot finished in the virginal impeccability of white stucco.

Two centuries later, the current owners purchased Hunter’s Lodge and set about reconstruction with similar zeal, this time guided by the protective parameters of planning permissions – the lodge has been Grade II-listed since 1950 – and with the aim of refreshing the Georgian mansion with contemporary panache.

A three-year refurbishment has resulted in a sympathetic new-build extension, a freshly created basement leisure floor and, as a bonus, the restoration of the mews cottage (of course it has a mews cottage).

Down beyond the garden, with its own street access, is the guest-cottage studio with picture window and double-height space – a potential work-live space, getaway office, exercise studio, home school or accommodation for the sort of friends or family you don’t want under the same roof.

Back in the main house, there are French doors, light-drenched south-facing windows and a barbecue terrace. There are silk-sheen carpets, marble bathrooms, granite worktops, stone and timber flooring and Gaggenau integrated appliances.

There’s an inglenook fireplace for country cosiness, and a basement pool and gym for city-slicker fitness.

There’s a 14-seat formal dining room in which you could well be the metropolitan prime minister or the monarch in bucolic exile.

There is, in short, more than enough to satisfy your heart’s desire, whether your heart belongs in the country, the village or the city. And if your pocket can afford the £17.5m, why should your heart have to choose?

How to get your Metro newspaper fix

Metro newspaper is still available for you to pick up every weekday morning or you can download our app for all your favourite news, features, puzzles… and the exclusive evening edition!