The telly presenter made the eyebrow-raising comments back in 2014 after her eldest daughter Allegra had son Zeke. 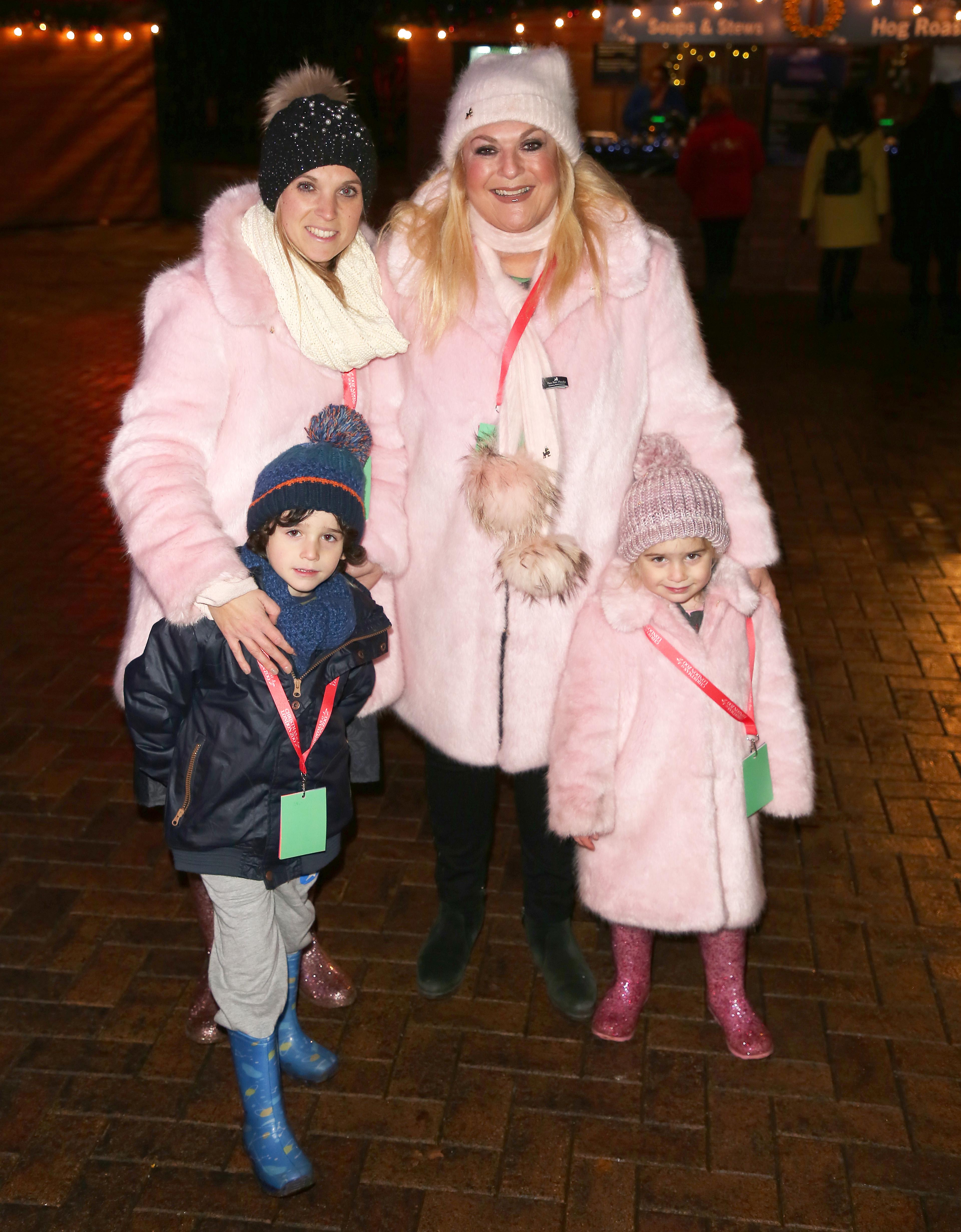 Speaking to OK! magazine, Vanessa, 56, protested her remarks were not to be taken literally, saying: "It was a joke, but sort of serious!

"I thought that when I saw the baby, it would feel like the prickly feeling you get in your boobs when you breastfeed.

"But I don’t think that happens with grandmas – so it was metaphorical."
After the arrival of her first grandchild four years ago she enthusiastically told the mag: "I can't breathe with excitement. I want to shout it from the rooftops. The telly presenter is preparing to welcome her third grandchild as her second daughter Saskia, centre,  is due to give birth to her first child"I'm not mad and I know it's a funny thing to come out with, but I want to breastfeed the baby."Apparently you can! I just think that I'm going to love this child so much that when it cries I'm going to get that sensation in my breasts and they may produce milk."

Now four years later she has a second grandchild from Allegra – Neroli, two – and her other daughter Saskia is preparing to give birth to her first child.

She admitted: "On the radio, I don’t want to talk about Brexit or the economy

"I just want to speak about my grandbabies."

Elsewhere in the interview she revealed she thinks her gastric band has "slipped" but insisted she doesn't regret having it. The TV star even joked she couldn't afford to marry her boyfriend Ben Ofoedu because she'd splashed all her cash on the weight loss op.

Vanessa explained: "They think it’s slipped, so the question is, do I take it out or leave it?

"I haven’t decided what to do. Apparently, this happens to one in five people. I don’t regret it but now it’s not so good."

The 56-year-old  has been engaged to singer-songwriter Ben since 2006.

Although they were due to marry in 2007, and then again in 2011, a wedding is yet to take place, with Vanessa explaining her previous marital experience was holding her back.

The former CBB star made it clear that a wedding ceremony is still not on the cards thanks to her disastrous gastric band.

She said: "I can’t afford to. I spent all the money on a gastric band!"