WandaVision star Teyonah Parris finally got to show off some of her new superhero skills on the Marvel series. And in a recent interview. The actor explained what her character, Monica Rambeau’s superpowers are.

[Spoiler alert: This article contains spoilers for episode 7 of WandaVision.] 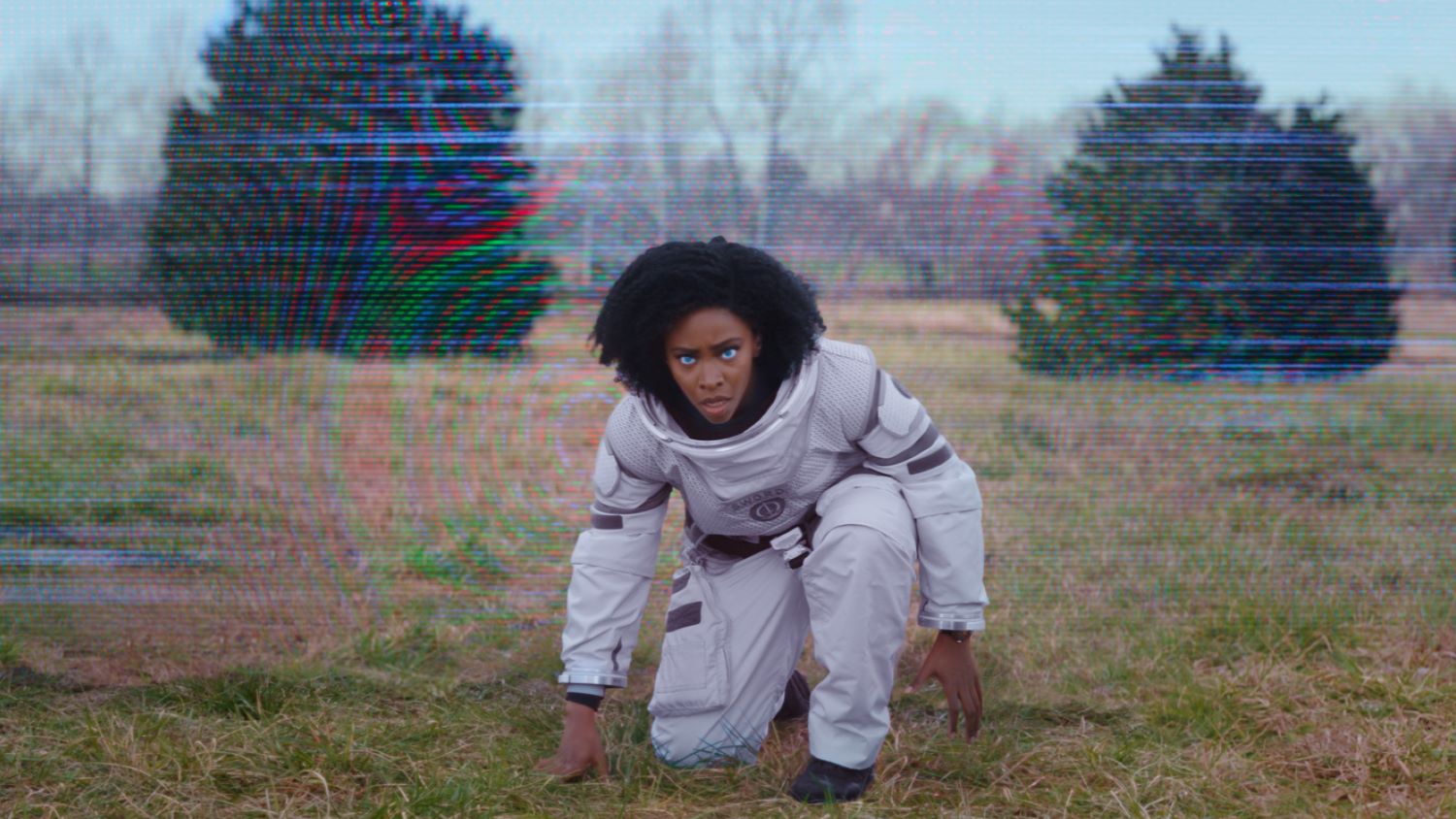 Monica Rambeau gets glowing on ‘WandaVision’

On episode 7 of WandaVision, titled “Breaking the Fourth Wall,” Monica Rambeau and Jimmy Woo (Randall Park) meet up with their S.W.O.R.D. agent ally, Major Goodner, outside the hex. Per Monica’s request, the Major secured a heavily armored vehicle which she believes can make it through the force field.

However, when Monica attempts to take the truck through the Hex, it gets halfway transformed and spits back out. Monica then decides to enter the Hex on her own. But when she gets through to the other side, her eyes are glowing bright blue.

Completely in control, Monica makes it to Wanda’s (Elizabeth Olsen) house and confronts her. When Wanda uses her powers and tries to slam her to the ground, Monica is able to land her own. Her eyes glow blue again, as a blue electric charge seems to generate from her body.

Earlier this season on WandaVision, Darcey Lewis (Kat Dennings) looked at Monica’s body scans and warned her not to go back into the Hex because it could change her permanently. And it seems Darcey’s assessment was right. When Monica went back into the Hex for the second time, it seemed to give her new abilities.

In a recent appearance on Jimmy Kimmel Live, Parris talked about her role on WandaVision. And while she didn’t divulge many details about the show, she did explain Monica Rambeau’s powers in the Marvel comic books.

“Monica can absorb energy in the comics, that is what her superpower is,” Parris said. “It is yet to be revealed just exactly what it is in the MCU. We get a taste of the fact that there is something that has changed. And we have to stay tuned to find out exactly how that will manifest itself.”

The cast and crew of WandaVision has remained tight-lipped about story details and character reveals. But in a chat with The Hollywood Reporter, Parris hinted that Monica will continue trying to help Wanda. And she teased that the finale would include sad moments.

“So I think that Monica is handling it in the best way she can,” Parris explained. “I’m not saying it’s the most effective and most therapeutic way, but I do feel like she is trying to reconcile with her own grief by helping Wanda with hers.”

“Epic and incredibly sad,” she described the season’s ending. “I mean, the whole show is incredibly sad to me, but I’m putting those words together.”

New episodes of WandaVision air Fridays on Disney+. The finale will air on March 5, 2021.

The Real Life Partners Of The Cast Of Twilight