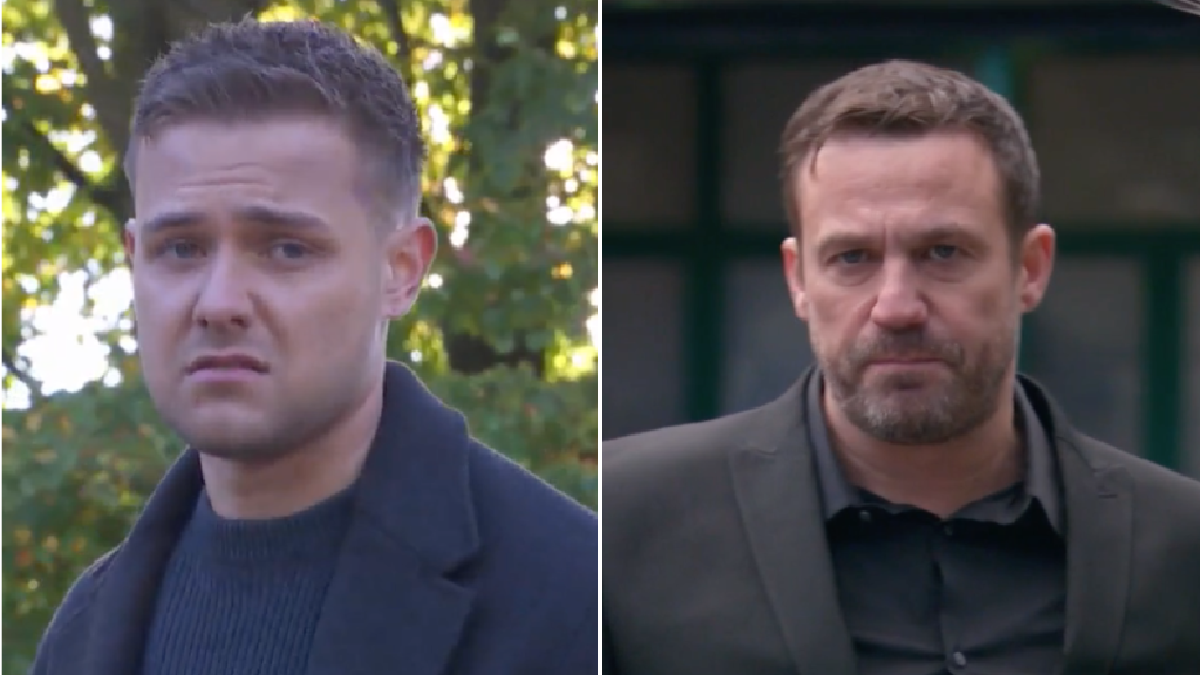 The soap’s iconic gangster has been attempting to turn over a new leaf in recent months, following his alliance with Fergus Collins (Robert Beck), which resulted in him going to prison.

But a chance encounter with Ethan next week could ultimately set him back on a dangerous path.

The newcomer had been trying to convince his lover to drop her vendetta with Darren Osborne (Ashley Taylor Dawson) to no avail, and a struggle over a gun resulted in Maya getting fatally wounded.

Ethan is tasked with disposing of the evidence next week, something which brings him into Sienna Blake (Anna Passey) and Ste Hay’s (Kieron Richardson) orbit, as he crosses paths with the duo after stealing their cleaning van.

Ste and Sienna demand an explanation from Ethan as to why he took their vehicle, prompting Ethan to open the boot, revealing a dead body inside!

Ste attempts to make tracks, but Ethan pulls a gun on both he and Sienna! Sienna, however, reacts in the most Sienna way imaginable, telling Ethan that she and Ste will assist him in burying the body if he agrees to let them live!

Feeling the heat, Sienna flexes her relationship with Warren, which seemingly forces him into Ethan’s line of fire – just as he’s trying to clean up his act.

But the question is: with Warren and Ethan having been in similar situations recently – à la disposing of bodies – could the bad boys find a common ground and start a new alliance?

If so, Hollyoaks’ finest had better watch out!

Here’s how much the cast of BH90210 is really worth

'The Bachelor: Listen to Your Heart': Fans Were Outraged by 21-Year-Old Jamie Gabrielle