After a 10-year plus gap and a build up of anticipation, two of the Law & Order universe’s most beloved characters, Olivia Benson (Mariska Hargitay) and Elliot Stabler (Chris Meloni), finally reunited during an emotional crossover event between Special Victims Unit and the new spinoff Organized Crime. Here’s a look at where things left off in season 12, a recap of what happened during the long-awaited reunion, and what comes next for both characters as their respective series finish out the 2021 TV season. Needless to say it was all worth the wait, with the franchise delivering some unexpected twists and turns as well as plenty of heartfelt moments.

Where Things Left Off for Benson and Stabler

Prior to leaving after season 12 of Special Victims Unit, Stabler was one of the two lead characters on the NBC procedural alongside Benson, with the duo known for taking down criminals and helping to bring justice to a countless number of survivors of sexually-related offenses. A former Marine, Stabler had no problem charging headfirst into investigations and often took his aggression out on suspects, which would put him at odds with his team and the rotating Assistant District Attorneys assigned to his cases. 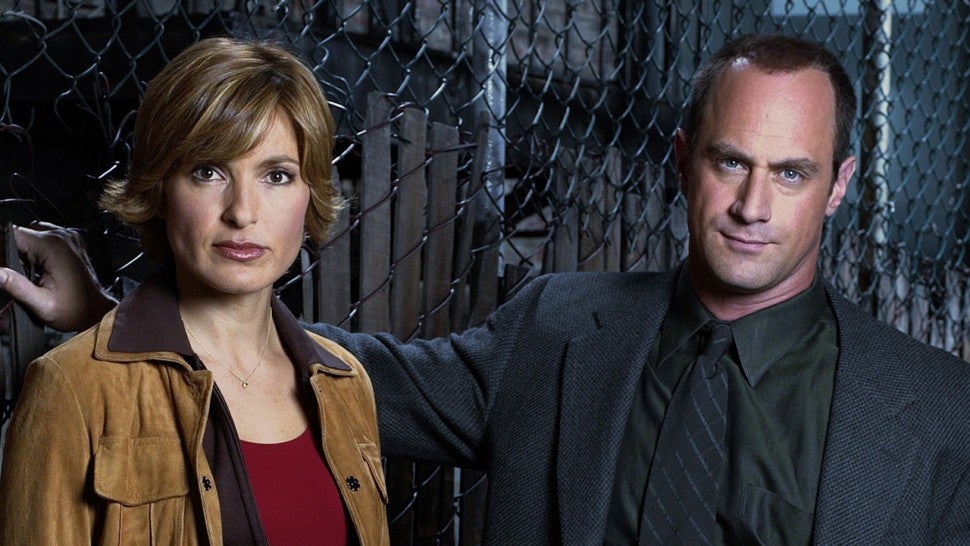 During his time on the force, his family problems spilled over into the squad room. Over time he learned to deal with his anger, leading him to reconcile with his estranged wife Kathy (Isabel Gillies). But that didn’t erase his reputation as a notorious hothead nor the fact that he had five career “good shootings” before his sixth put him on administrative leave.

In the season 12 finale, Stabler is last seen standing over a young rape victim whom he shot and killed after she attempted to open fire in the squad room. Despite being reassured that he would be cleared, the NYPD’s Internal Affairs Bureau decided to review his “entire jacket.” It’s revealed in the season 13 premiere that he abruptly retired from the force, leaving Benson to carry on without him. In the 10 seasons that followed, Benson was eventually promoted from detective to captain of the SVU squad while her personal life saw her adopt Noah Porter among many, many other notable events in her life on the force.

What Happened During the Reunion

In the crossover event, which started with the SVU season 22 episode “Return of the Prodigal Son,” Benson is responding to a call when she notices Kathy in a stretcher, being put into an ambulance. Before she has time to process, she hears Benson call out to her, “Liv,” as she turns around to see her former partner standing amid the chaos. It turns out Kathy is the victim of an attempted murder during a failed bombing attempt of her rental car.

Benson quickly learns from Fin Tutuola (Ice-T) that Stabler has been working as part of a special task force in Rome, Italy. While Benson is trying to put all the pieces together, the SVU squad wastes no time diving head first into solving the case. It doesn’t take long, however, for Stabler to challenge the unit, which has evolved quite a bit since his departure a decade prior.

“I give you my word: I’ll behave,” Stabler tells Benson before being allowed in to interrogate a suspect at one point. However, he quickly returns to his antagonistic ways, putting him at odds with former partner and making for a rocky reunion. 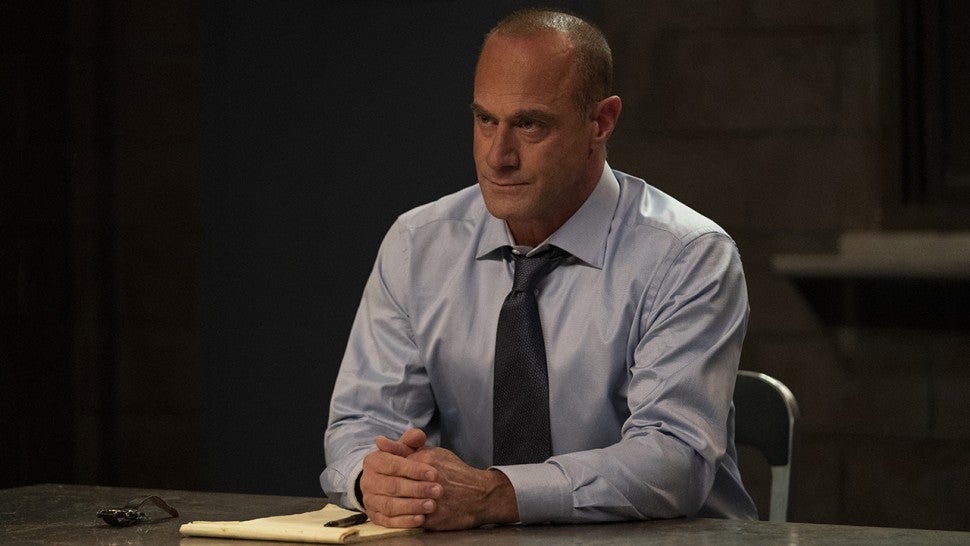 Later, after visiting Kathy in the hospital, the tension between Benson and Stabler finally comes to a head as they address the moment he left without ever reaching out. It is the moment audiences have been waiting for for so long:

“You walked away… That’s what you did, Elliot,” Benson says, before telling him: “You were the single most important person in my life and you just disappeared.”

“I know. I was afraid if I heard your voice I wouldn’t have been able to leave,” Stabler says, with tears welling in his eyes. 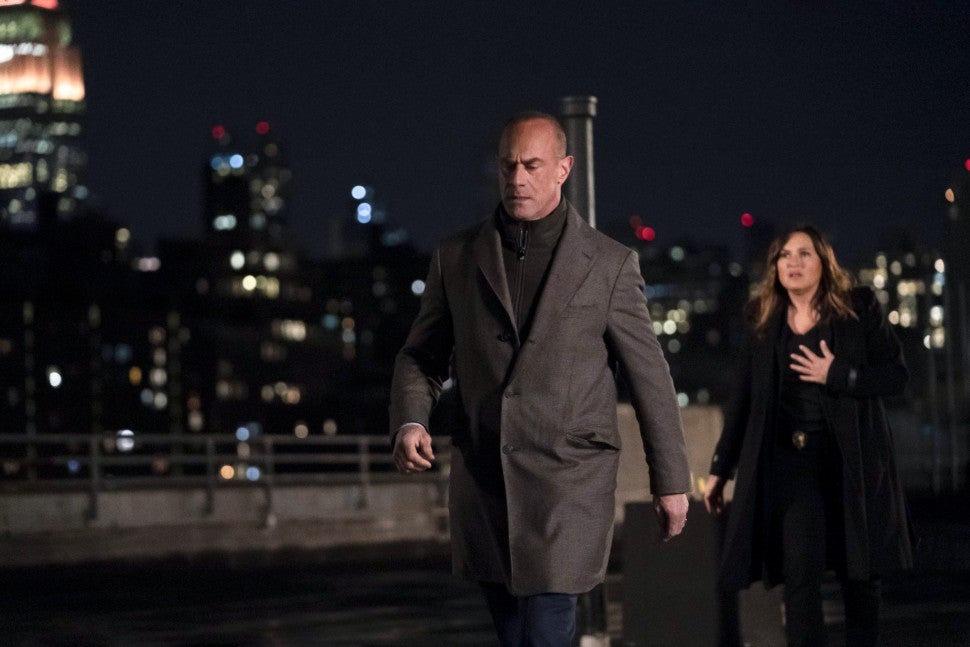 While there’s still plenty to unpack between the two, they’re forced to wait a bit longer before they can dig into it any further. As SVU continues to hunt for the person or people behind the attack on Kathy, she eventually succumbs to her injuries and dies in the hospital. Sadly, this is the devastating loss NBC teased would spark Stabler’s return to the NYPD as part of the Organized Crime unit.

Ending with the Organized Crime premiere “What Happens in Puglia,” the perspective shifts from Benson to Stabler, whose need for answers ruffles feathers with everyone on the force he encounters. While SVU is called off the case, Benson continues to help Stabler as he gets settled back into Manhattan detective work as he tries to find Kathy’s killer. Once again, they try to mend things, but Stabler is pulled away by her son before they can address any unresolved feelings.

In a heartbreaking moment, audiences finally meet a teenage Eli (Nicky Torchia), the youngest of Stabler and Kathy’s five kids following Maureen, Kathleen, Elizabeth and Richard, during an intimate funeral service also attended by Benson. Previously, Eli was seen as a baby in the season 9 episode of SVU, “Paternity,” when Kathy gives birth to him under duress after she and Benson get into a car accident. It is the same accident Benson flashes back to at the beginning of the crossover event upon seeing her old friend in a stretcher.

After learning who was responsible for Kathy’s murder, Stabler goes rogue, leaving not only his task force but Benson in the dark.

What Comes Next for Both

While Benson has no doubt been rattled by Stabler’s return, her life as captain of the SVU squad remains as firm as ever, even if she is facing challenges from a number of returning faces this season. Whereas Stabler will have to rebuild his life following Kathy’s death while working on a new elite task force, led by Sergeant Ayanna Bell (Danielle Moné Truitt), as they take on the city’s most powerful criminal organizations. Notably, one of those, is an international drug cartel led by Richard Wheatley (Dylan McDermott), who is the big bad of Organized Crime, especially now that audiences have learned his family is connected to Kathy’s murder. 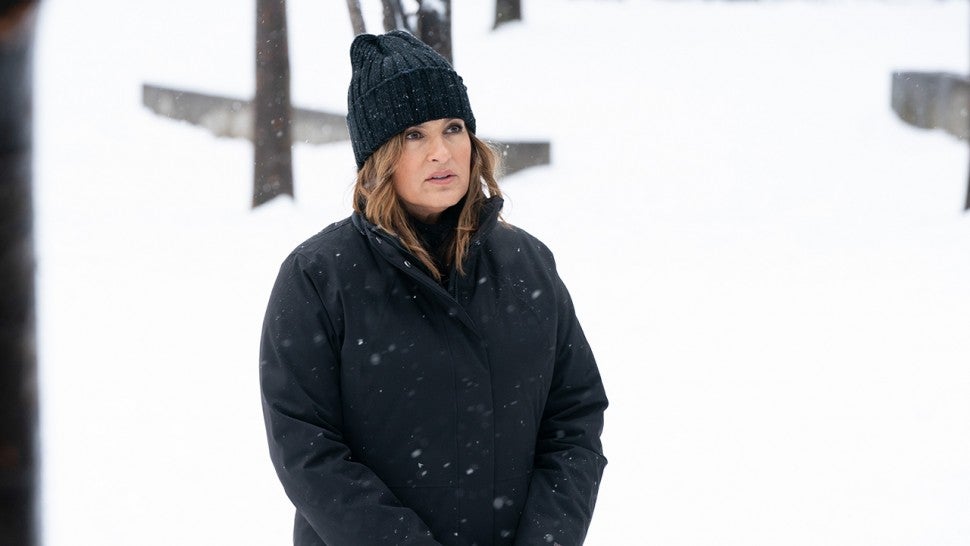 Even though no more official crossover events have been announced, SVU showrunner Warren Leight revealed that the Benson and Stabler reunion is far from over, with the two set to cross paths again in later episodes.

How things continue to unfold remains to be seen, but Benson and Stabler still have a lot of feelings to work through. At least now the two are back in the same universe once again. “So many stories, told step by step, side by side…. with so many stories still waiting to be told,” Hargitay wrote, summing it up best.

So many stories, told step by step, side by side…. with so many stories still waiting to be told. #SVU#OrganizedCrimepic.twitter.com/vOzTog8wxo