Netflix drama White Lines was released on the streaming service last month, Friday, May 15, and proved to be popular with fans. While a second season has not yet been announced, it does seem likely given how the first series ended. The fact White Lines was also created by Alex Pina who is behind Money Heist, it is probable that it will return.

Zoe Walker (played by Laura Haddock) flies out to Ibiza 20 years after her brother is declared missing.

When she goes out there, what’s left of her brother Axel Collins’s (Tom Rhys Harries) body is found in a desert and she becomes determined to find who his killer was.

A group of his friends who moved out to Ibiza with him at the time from Manchester were still living abroad so Zoe becomes eager to question all of them and what really happened on the night of his birthday party when he was last seen.

She gets a lot more than what she bargained for though while she is trying to investigate. 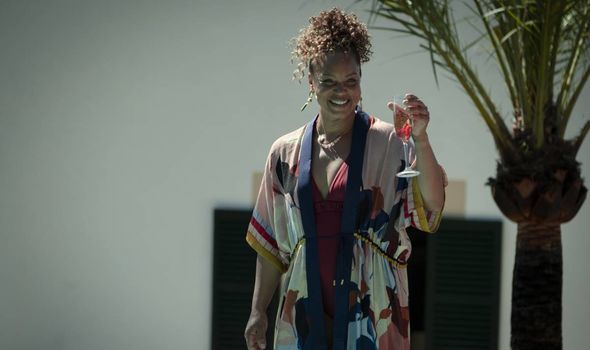 From a high speed car chase and hiding drugs, to burying two bodies in the woods, Zoe is in over her head.

But while out in Ibiza, she also meets nightclub bouncer Boxer (Nuno Lopes) who she has a passionate affair with.

The dream bubble is burst though when her husband and daughter fly out to visit her and she ends up finishing her relationship as she felt like she was betraying Bouncer.

However, with the pair on a rocky patch, will they be able to work things out if White Lines returns for a second season? 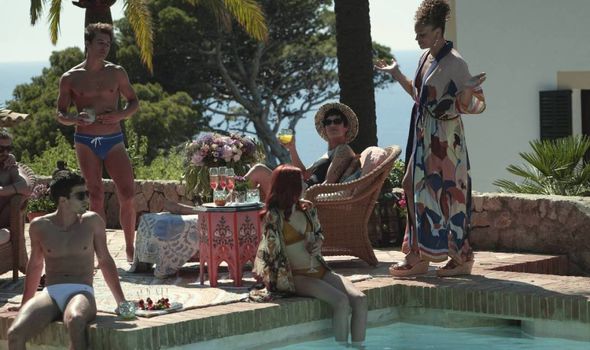 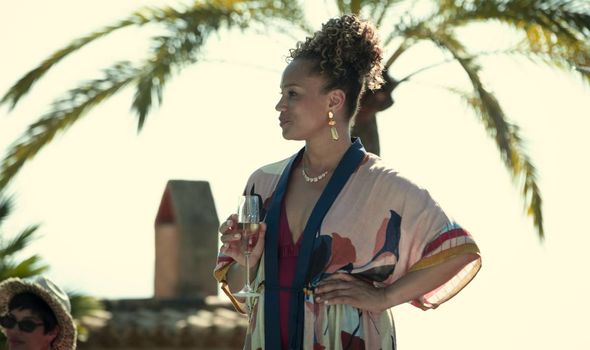 Are sex parties a real thing?

In White Lines, we meet Anna Connor (Angela Griffin) who was a friend of Axel’s as well as the ex-wife of Marcus Connor (Daniel Mays).

While she was with Marcus for many years, their marriage broke down and she started hosting extravagant sex parties where Orio Calaft (Juan Diego Botto), who was suspected of killing Axel, is a regular attendee.

According to sex therapist at Emjoy, the sexual wellbeing audio app for woman Mia Sabat, sex parties are very real.

Sabat told Express.co.uk: “Sex parties are real, and are enjoyed all over the world.

“They are not just found on television shows like White Lines or seen in films like Eyes Wide Shut.

“Whilst we may think of sex parties as lavish, outrageous affairs with lush surroundings and revealing costumes, they can take many shapes and forms.

“From key swapping and swinging, to the more luxurious parties we see on television or read about in memoirs.

“Even now, during lockdown, they are reportedly being replaced by digital sex parties occurring online, allowing those that would usually enjoy and find pleasure at these gatherings to do so, safely, at home.”

Speaking on This Morning, Angela Griffin who plays Anna in White Lines opened up about her character.

She said: “I have to like her as I play her but she is an enigma, you never know what you’re going to get with her.

“Everyone has a secret on the show but Anna she’s an interesting character I’ve never played anyone like her before.

“She has chosen not to live with her two children and live with Marcus and instead she runs these high class sex parties.”

Angela then joked: “I did have to do some research but I didn’t go to one!”

Sabat has also spoken out about if partaking in sex parties is healthy.

Sabat explained: “When they are part of an arrangement between consenting adults who are all fully informed about, and have agreed upon, what the party will entail, sex parties can be perfectly healthy.

“Whilst the lack of spontaneity may not sound sexy, trust, transparency and mutual agreement about what will and will not happen is essential.

“Feeling out of your depth or out of control in a sexual environment is incredibly unpleasant and individuals should always feel empowered to be able to change their mind, say no, or leave the party.

“It isn’t a sex party if everyone isn’t having fun!

“There is, for some, a negative taboo surrounding sex parties; however, this should not be the case.

“Pleasure and desire are deeply personal and unique to everyone.

“If you are interested in group play, or aroused by the idea of watching and being watched, a licensed group sex venue can be an exciting, and safe, place to play and explore.”

White Lines season 1 is available to watch on Netflix.