Home » TV & Movies » Who Is Jon Batiste?: Your Guide to the 11-Time Grammy Nominee 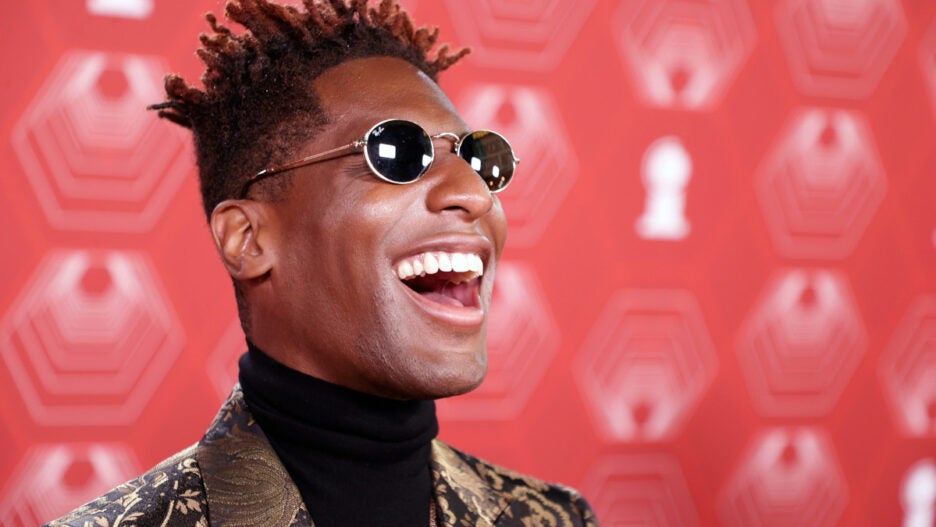 An unexpected top contender emerged Tuesday morning when the Grammy nominations were announced. In a year filled with starry, high-profile albums from Grammy darlings Kanye West, Taylor Swift, and Kacey Musgraves, it was Jon Batiste who clinched the most nominations (a combined 11, thanks to his Album of the Year-nominated We Are and his work on the score for Pixar masterpiece “Soul”).

But who is Jon Batiste? Here’s your crash course on the 35-year-old force of nature.

If you stay up late and have a television in your bedroom, you probably recognize Batiste from his role as bandleader and musical director for “The Late Show with Stephen Colbert,” a position he’s held since 2015. His band Stay Human is the house band for the show, and Batiste is frequently seen chatting and joking with the late-night host – his effervescent personality is infectious and positive attitude perfect for the talk show format.

Earlier this year Batiste picked up an Academy Award, along with composers Trent Reznor and Atticus Ross (who are other multi-nominees this year for their work on Halsey’s brilliant “If I Can’t Have Love, I Want Power”), for his work on Pixar’s “Soul.”

The film, released last Christmas, had a unique structure to its music – Reznor and Ross handled the sound of the world of the souls (aka the Great Before), while Batiste provided the jazz compositions that can be heard from Joe Gardner (Jamie Foxx) and in the “living” world of New York City. It was a fascinating combination of sounds and styles, and one without the other wouldn’t have been nearly as impressive. It was enough to bring the trio an Oscar nomination (and later win) this past spring, along with a Golden Globe and BAFTA Film Award. And that momentum is continuing with the Grammy nominations – his side of the “Soul” soundtrack was nominated for Best Jazz Instrumental Album, one of the tracks from that album was nominated for Best Improvised Jazz Solo and the complete “Soul” soundtrack (with Reznor and Ross) was nominated for Best Score Soundtrack for Visual Media.

In addition to winning an Oscar and having the coolest day (night?) job around, he also serves as the music director for glossy (and extremely highbrow) magazine The Atlantic, and as director of the National Jazz Museum in Harlem. (The museum was founded in 1997 and moved to a new space in 2016.)

Batiste clearly has a number of interests and excels at all of them. He also sang with Elmo on a recent episode of “Sesame Street.” Is there anything he can’t do?

He Has a Ton of Albums

“We Are,” his Album of the Year-nominated album, is his eighth (!) album. (You caught the part where he’s only 35?) He also has five live albums and four EPs (including one comprised of music from the Colbert show), and of course his work with Reznor and Ross on the “Soul” soundtrack. Time to fire up Spotify now.