Home » Who Really Pays for Bravo's 'Housewives' Trips and How Are Locations Chosen?

Do Bravo’s Housewives really foot the bill for those luxury getaways or is there more to the story? Housewives expert and Vulture writer Brian Moylan revealed in his book that (of course) Bravo pays but he dives further into those vacation dynamics.

He also discussed how producers determine trip locations. “Every trip starts with the showrunner coming up with a budget,” he shared in an excerpt in Vulture. “This has to be done for every trip, not just the glamorous international vacations but also the little jaunts out of town, the invitations to a Housewife’s second home, or even a day trip to an apple orchard in upstate New York for Sonja to pee in a corn maze.”

“Along with the budget, the producers have to state the reason they’re going on the trip, what stories they hope to pursue while they’re there, and which of the women is the purported host,” Moylan added. 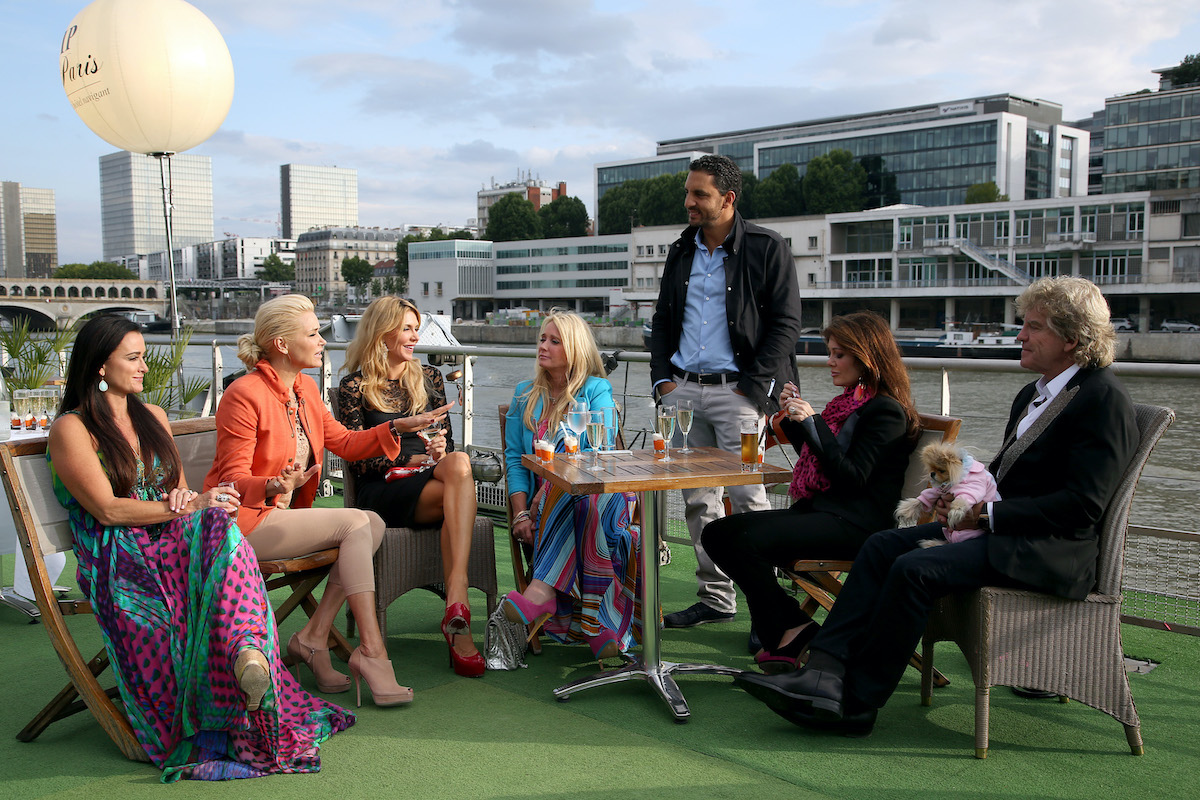 Why do ‘Housewives’ take trips?

Moylan observed that the reason for the cast trips is to get the group out of their comfort zone, which is “a recipe for tensions boiling over and drama ratcheting up to the next level.”

And while getting the best deal to fit the budget is key, Bravo producers also look for other ways to get the most bang for their buck via trade outs. “‘There’s a lot of times where Bravo will say, ‘You can’t go on this trip unless you can get a trade out,’ says one producer who has booked several trips, noting that in recent years, the budgets for trips have gone down, but can still be in the several hundreds of thousands of dollars.”

Also, producers often scour the landscape for hotels with low occupancy to accommodate shooting, which could mean going on the trip during the off-season or during the week. Also, some destinations make the cast sign a code of conduct – many casts’ reputation precedes them. That often means they have to agree to avoid physically attacking each other, for instance.

There’s also the ruse that the cast is attending a certain cast member’s trip. Of course, some cast members from The Real Housewives of New York City own homes in the Hamptons. So hosts on those getaways are genuine. Otherwise, the “host” cast member remains relatively hands-off.

“Kristen Taekman was the host of the RHONY season-six trip to Montana,” Moylan shared. “‘I mean, I didn’t do much. I did fun welcome bags. They obviously organized it all,’ she said of her duties. ‘I helped facilitate, like these are the options of things to do. They pretty much do it all, but somebody’s got to host it.’”

He also shared, “There have also been plenty of bogus trips, like when Meghan King Edmonds dragged everyone to Ireland to ‘find her ancestry’ and was left wandering around a small Irish town asking if anyone was her 19th cousin three times removed. However fake the idea, though, trips are always worth the hassle for the fans.”

Who is FBI star Katherine Renee Turner and how old is she?