Thanks to the success of Tyler Perry’s drama series, a once struggling OWN Network became a top contender on cable television. Perry’s work paved the way for other dramas like Queen Sugar, and the network’s own original scripted series, including the family church drama, Greenleaf. 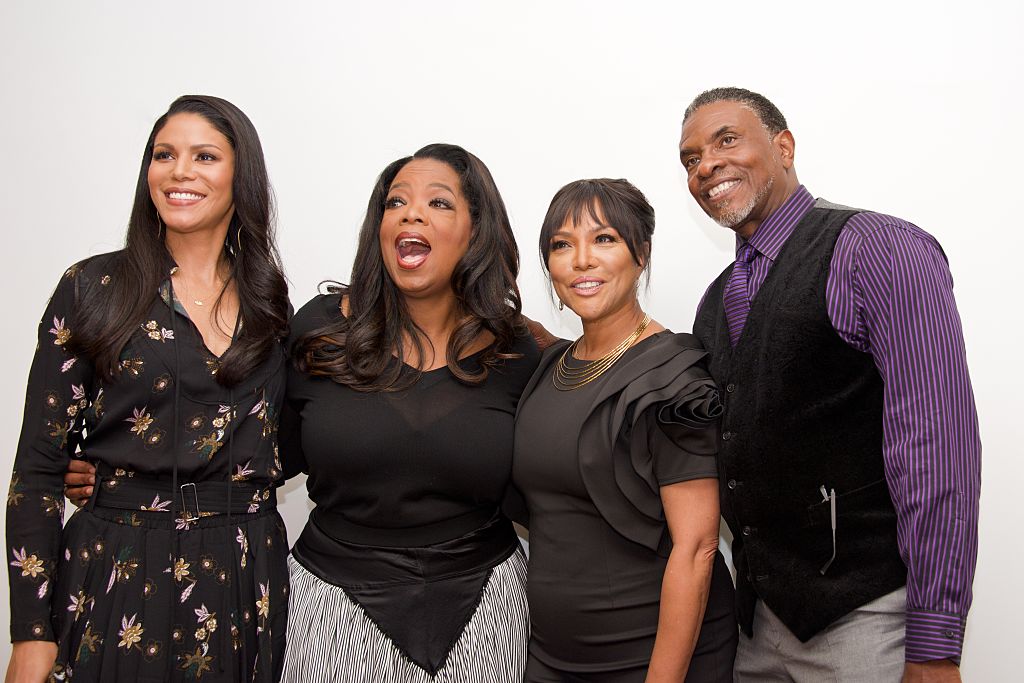 Greenleaf eventually beat Perry’s show in ratings, becoming the number one show on the network and top show among African American viewers. But the network has announced the show’s upcoming season will be it’s final season allegedly due to a dip in ratings and fans are pissed.

Greenleaf premiered in June 2016 on the OWN Network. Created by Craig Wright, the series follows the return of Grace Greenleaf (Merele Dandridge) who returns to her southern hometown after the suicide of her younger sister. The family operates a megachurch in Tennessee, with everyone having pivotal roles in the church. Grace’s return is not met with much excitement as she makes it her mission to unveil family secrets and corruption.

Try to catch your breath. Swipe left for your first look at scenes from Season 3. #GREENLEAF

The one-hour drama was a ratings success. According to The Hollywood Reporter, the debut episode drew over 3 million viewers, beating out the network’s biggest show success: Tyler Perry’s The Haves and the Have Nots.

Reviews of the show were also good, with the publication’s review reading in part, “Part of the intrigue of Greenleaf comes from how differently it will be viewed by different audiences. There’s a not-insignificant core that will be overjoyed to see this setting represented with so little compromise and with the opportunity to take certain parts of its message wide.”

The show’s star-studded cast was met with high praises, particularly Broadway star, Dandridge, and her transition onto the small screen. Veteran actress Lynn Whitfield’s portrayal as First Lady and Greenleaf matriarch, Lady Mae, was acclaimed for her skill of playing a beloved villain.

OWN cancels ‘Greenleaf’ after five successful seasons due to ratings dip

The trailer for season 5 of Greenleaf was released and met with excitement from fans. The season will focus on the family’s fight to save their church from being snatched by a longtime rival while their own family secrets continue to threaten to tear their family apart. The excitement was short-lived after OWN reported the upcoming season will be it’s last.

According to TV Line, the decision was made as a result of a decrease in ratings. Though the show maintained an average of 1.1 million viewers and remained the number one scripted series on cable television among black viewers, ratings are said to have dropped 15 percent in season four as compared to season three.

The show was has been so well received that it was a hit at award shows. Since its premiere, Greenleaf has earned 10 NAACP Image Award nominations, including wins for Outstanding Drama and Outstanding Supporting Actress in a Drama (for Lynn Whitfield) – the latter for two consecutive years.

CONGRATULATIONS #Greenleaf on winning the @naacpimageawards for Outstanding Drama Series! ????

The show was the network’s first scripted series created and produced solely for the network. It’s unclear whether or not there were additional talks about trying to save the show before the cancelation was announced.

Fans are not happy about the show’s cancelation, especially because it has been such a success on the network in spit of the alleged dip in ratings. Fans of the show felt the content was of substance, especially in comparison to Perry’s nighttime soap.

“Waiiiiit OWN canceled Greenleaf but kept The Haves and Have Nots on forever?,” one asked on Twitter.

“Greenleaf got canceled!!!!! Call the POLICE,” another wrote.

“How in the heck did Greenleaf get canceled ??? I’m so upset,” another vented.

The decision has been made, despite viewers’ outrage. The network has not released a response to fans’ questions. The new season of Greenleaf premieres in June. Seasons 1-4 are currently available to view on Netflix.

Why The Sinister Six Won't Appear in a Future 'Avengers' Movie