The iconic group looked as though they’d never been apart as they put on a flawless performance of Everything Changes. 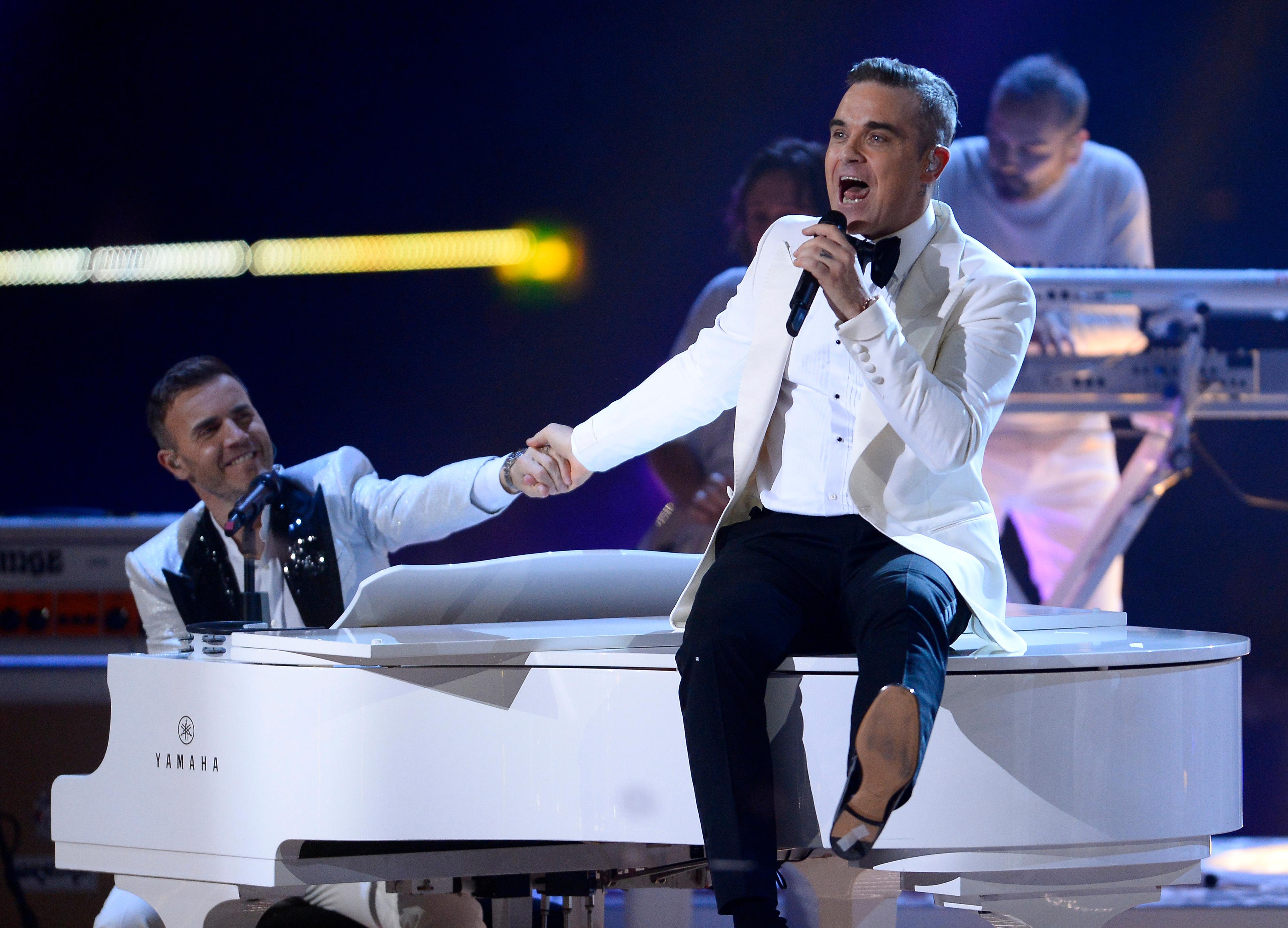 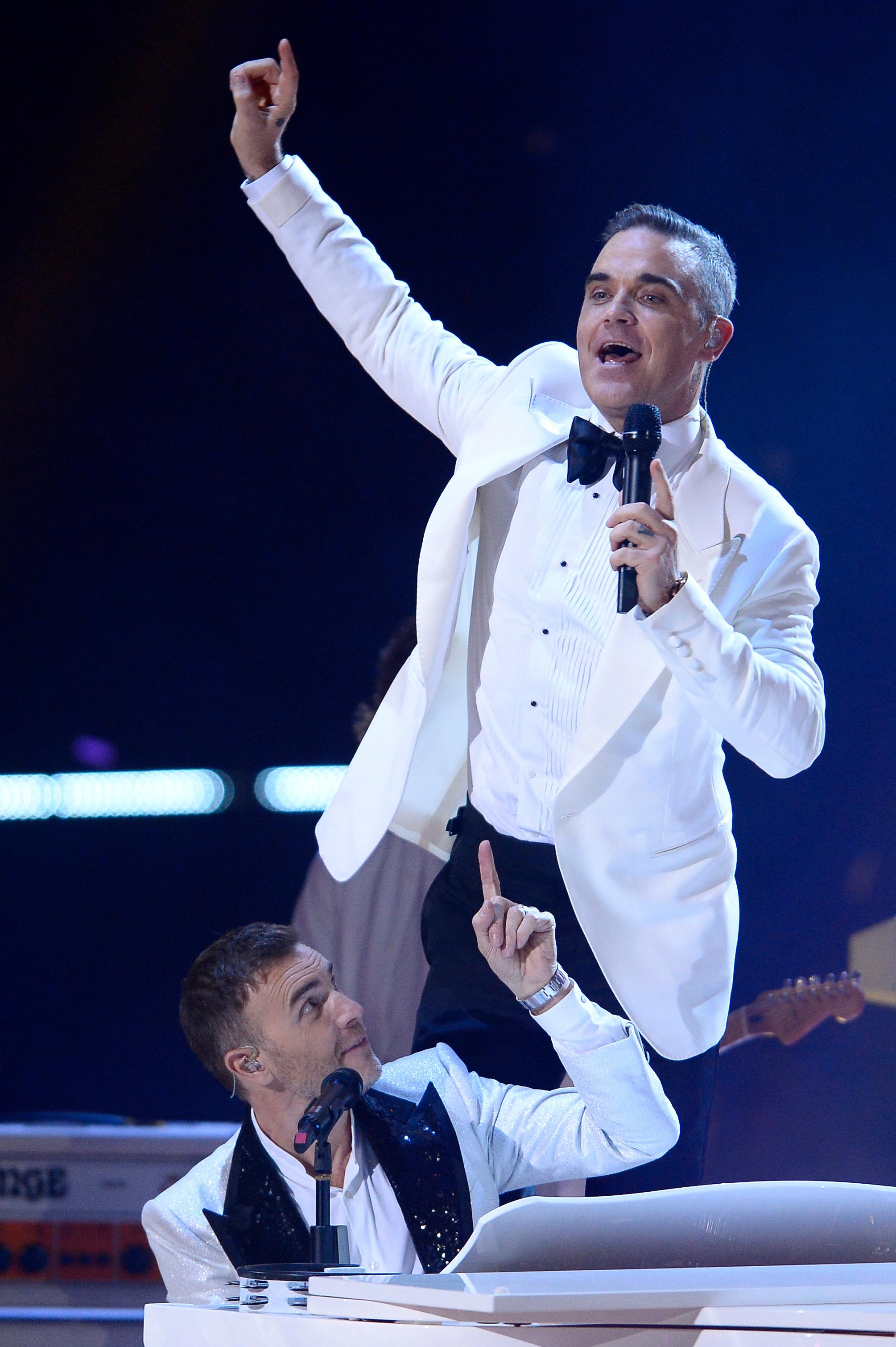 In October The Sun exclusively revealed how Robbie would be joining the group on stage.

The crowd at Wembley were up on their feet when Robbie jumped up  to join his former bandmates.

Gary Barlow affectionately added: “I think about him a lot.” 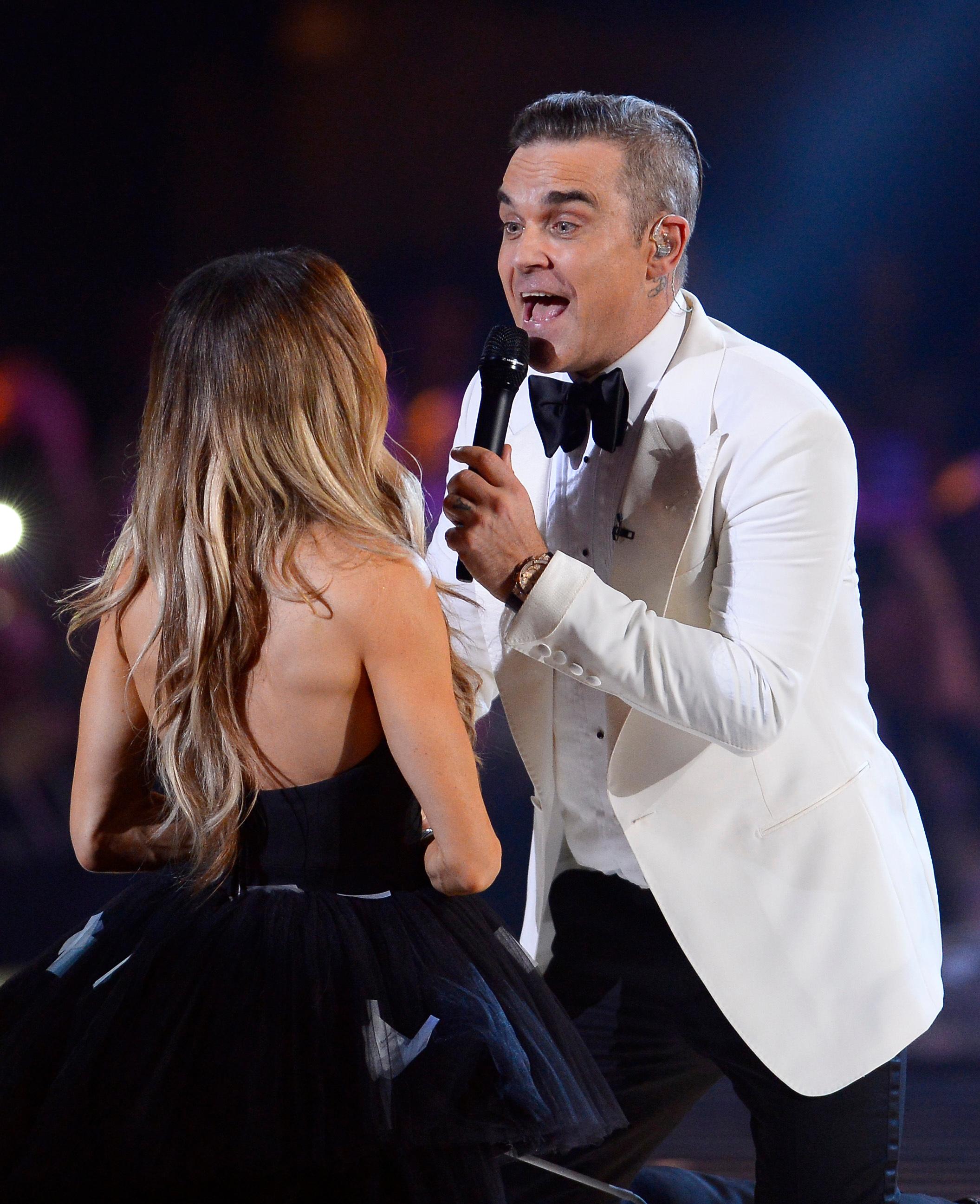 He stayed tight lipped over whether Robbie be joining the group on their 30th anniversary tour next year however.

Robbie had previously said he was keen to take part in the reunion in some capacity.

He explained: “I’d like to repeat some of that. I enjoy working with them.

“I enjoy hiding in public. I enjoy the camaraderie and I enjoy writing songs with them too, so why not?” 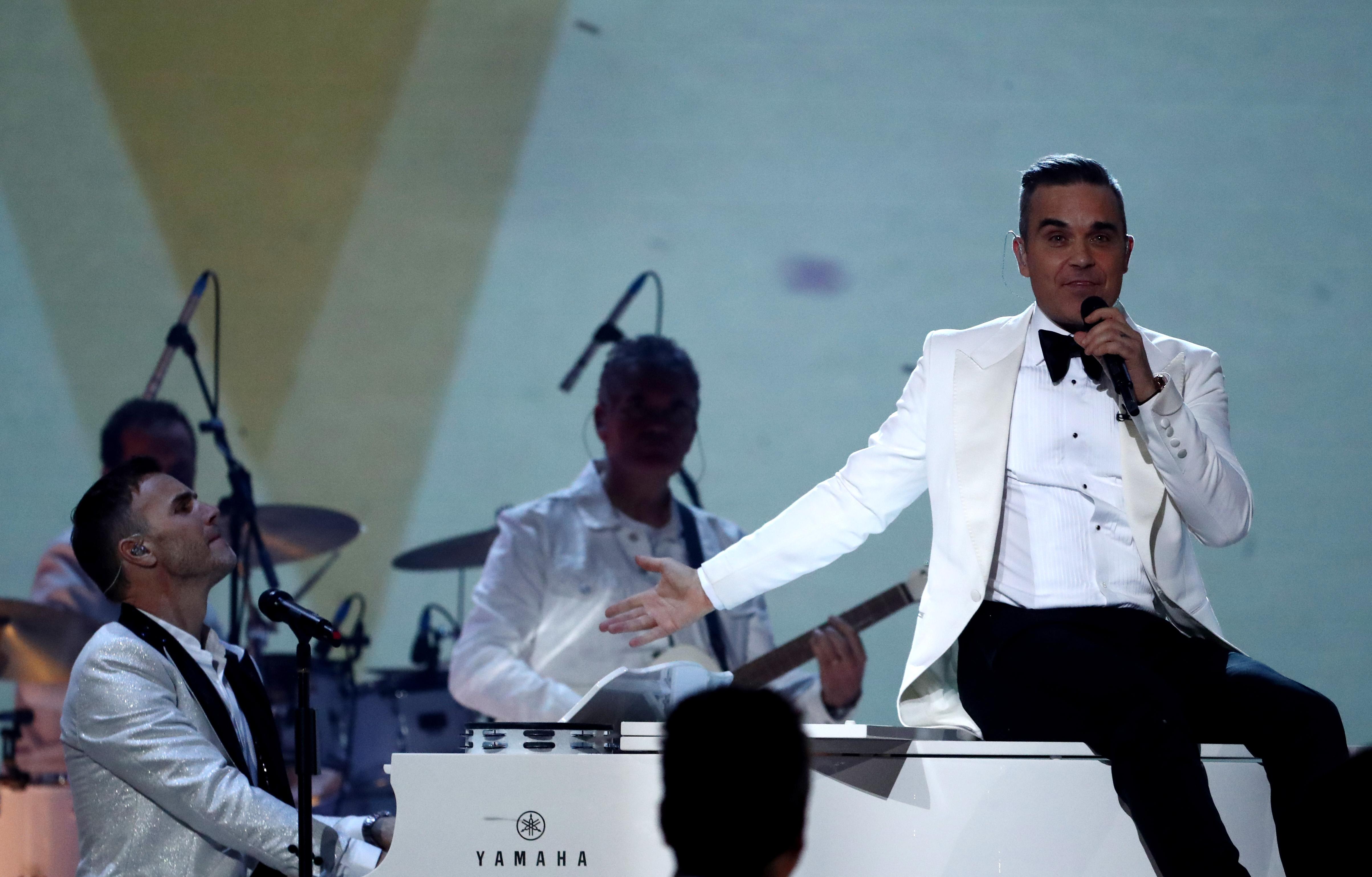 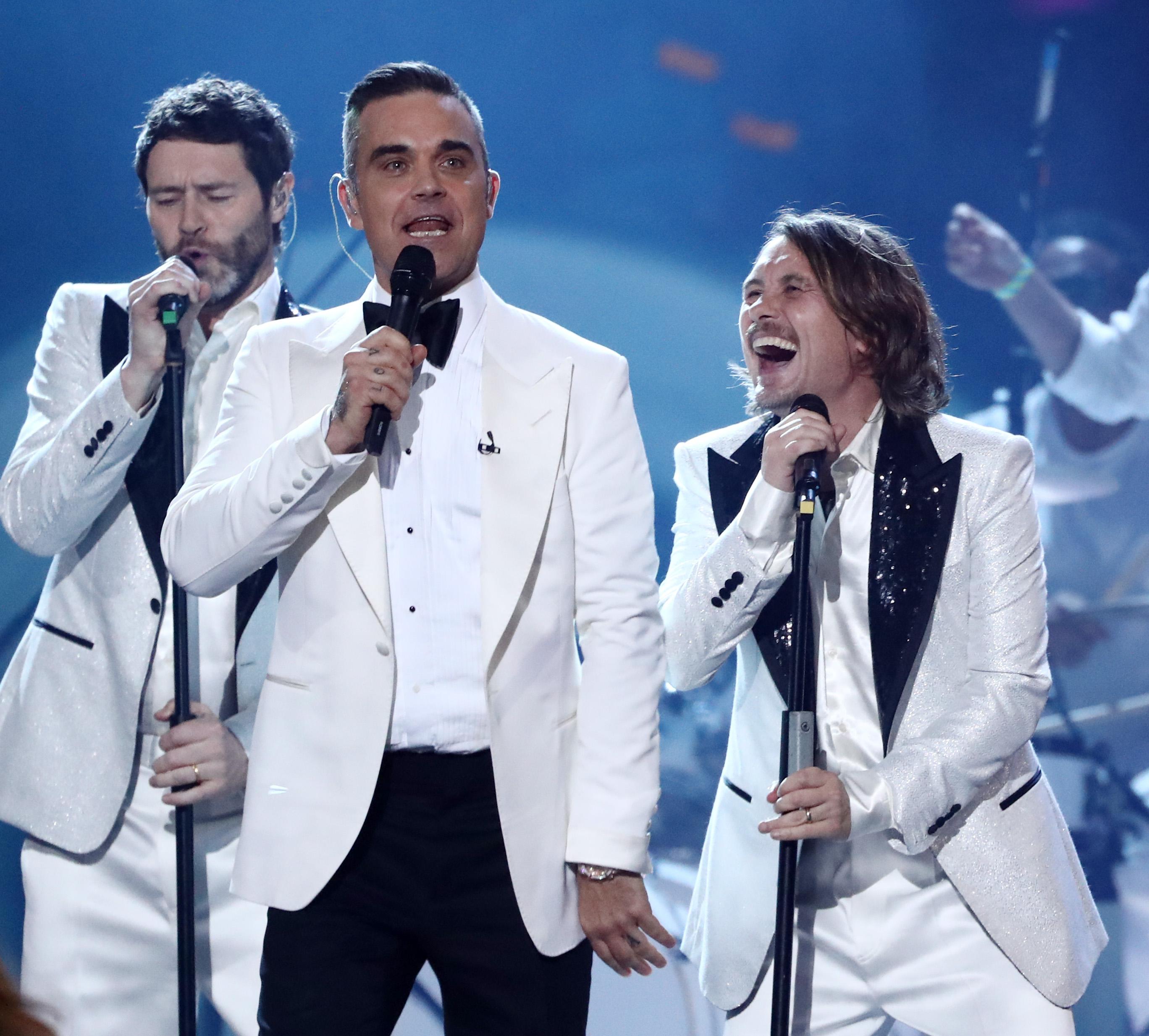 Robbie and Gary famously fell out when the Angels star quit the band in 1995.

Speaking about their fall out, Robbie said: “My problem has always been with Gary. It was always with Gary. 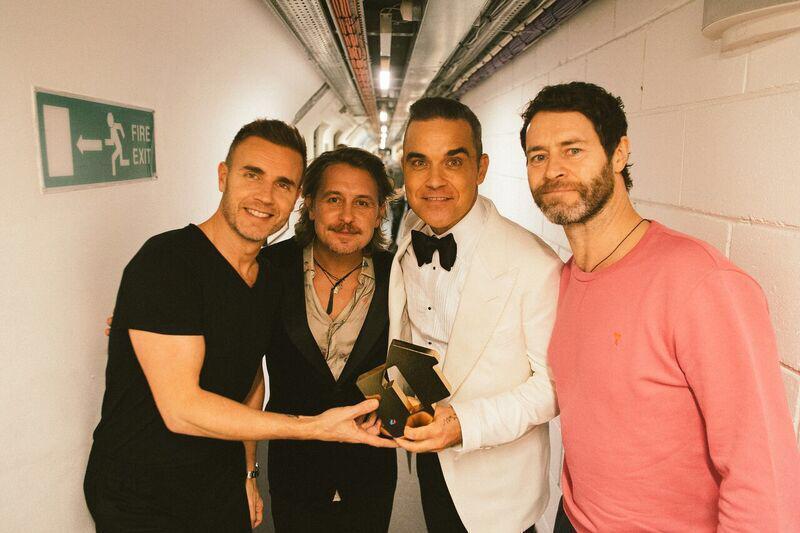 Viewers demanded Robbie join Gary, Howard Donald and Mark Owen on the tour next year after their amazing performance.

One tweeted: “We need Robbie back in That Take! That was brilliant.”

Another added: “Listen guys. I've never ever been fan of Take That but seeing Robbie on the stage with Gary ,Mark and Howard was f…amazing.”

How tall is Janette Krankie, when did she start playing Wee Jimmy Krankie with Ian Tough and when did they get married?