A £100MILLION fighter jet crashed because a cheap plastic rain cover was left on during take-off, investigators fear.

It was thought to have been sucked into the F-35 Lightning’s engine as it roared down the flight deck of the Navy’s flagship aircraft carrier HMS Queen Elizabeth. 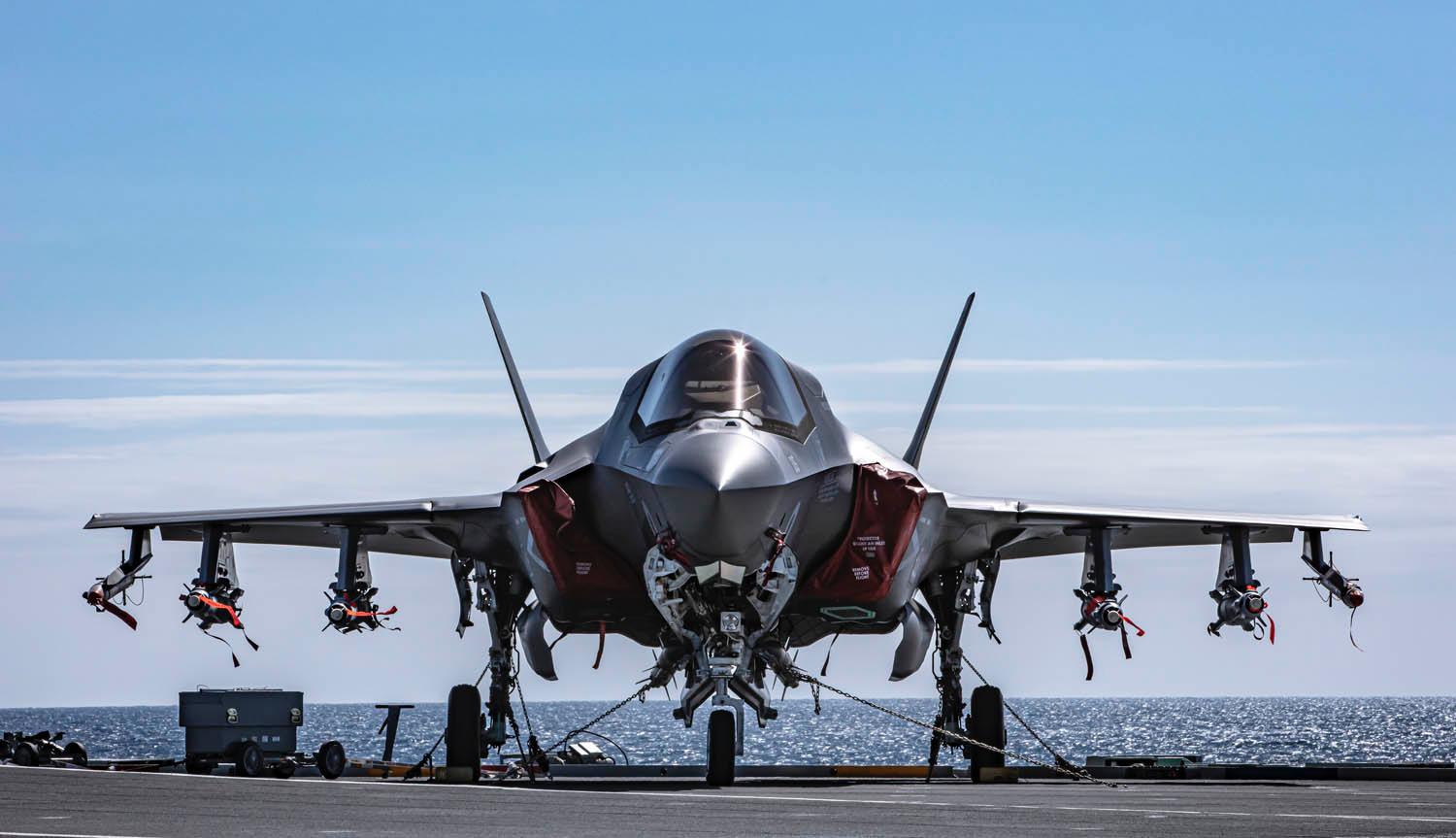 Sailors saw a red cover floating in the sea after the stealth jet splashed into the Mediterranean.

A source said: “They knew almost right away.

“The covers and engine blanks are supposed to be removed before flight.

“The ground crew do it and they are incredibly strict.

"Then the pilot walks round.”

The Navy pilot tried to abort take-off but ran out of runway so had to eject.

His parachute snagged on the ship when he left the cockpit as he was so close to it.

The Ministry of Defence said it was still investigating.

But sources blamed human error and oversight, adding no other F-35s were grounded as it was not an internal glitch with the aircraft.

A US Navy salvage crew is leading attempts to recover the wreck to stop Russian submarines stealing its top secret technology.