A Red Flag Warning is in effect through 6 p.m. for Los Angeles and the surrounding area.

Santa Ana winds are making it difficult for firefighters to contain the raging wildfires in California. Any new or existing fires are likely to spread and with wind gusts up to 20 mph and relative humidity as low as 3% to 5%. 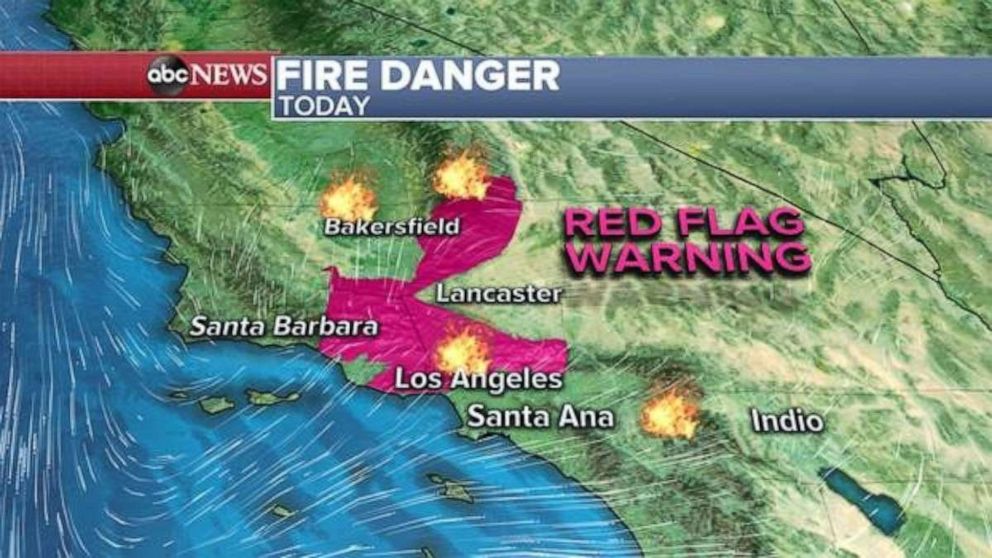 Winds are expected to calm down later this evening, which will reduce the fire risk overnight into Sunday.

A Blizzard warning is in effect until 1 p.m. Saturday for eastern North Dakota and parts of northwestern Minnesota. Heavy, wet snow is reportedly making it difficult for plows to clear roadways.

Up to 2 feet of snow has already fallen across parts of the Northern Plains with new snowfall amounts of 3 to 10 inches expected through Saturday night. 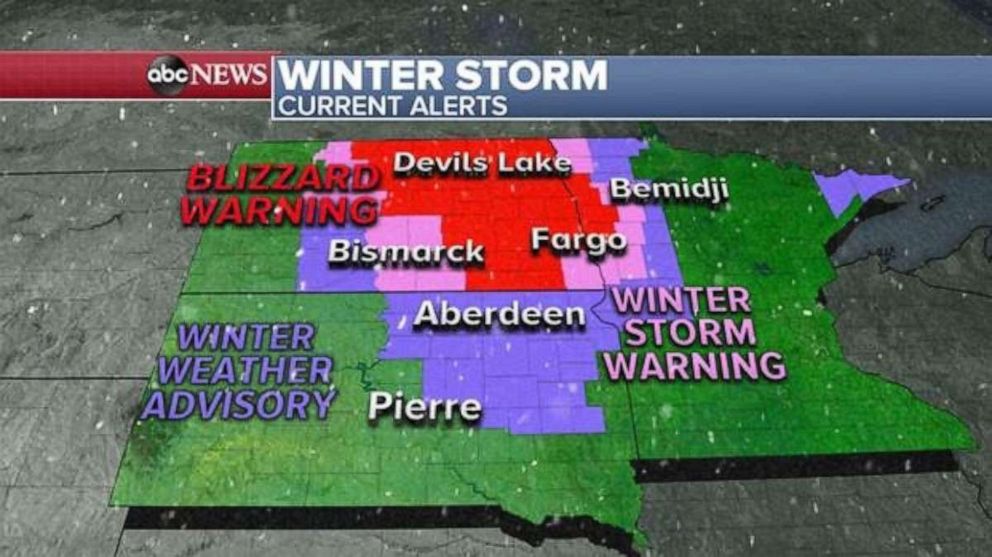 In addition to snow, we are expecting wind gusts to 60 mph at times. This will cause blizzard conditions and reduce visibility, making driving dangerous particularly along I-29 and I-94.

By Sunday the system begins to weaken but will bring rain to the Upper Great Lakes before winding down Sunday night.

Many Americans from the Rockies to the Gulf are waking up to the coldest air of the season Saturday morning. Wind chill values are in the single digits for Yellowstone National Park, the twenties for Chicago and the thirties in parts of Texas. 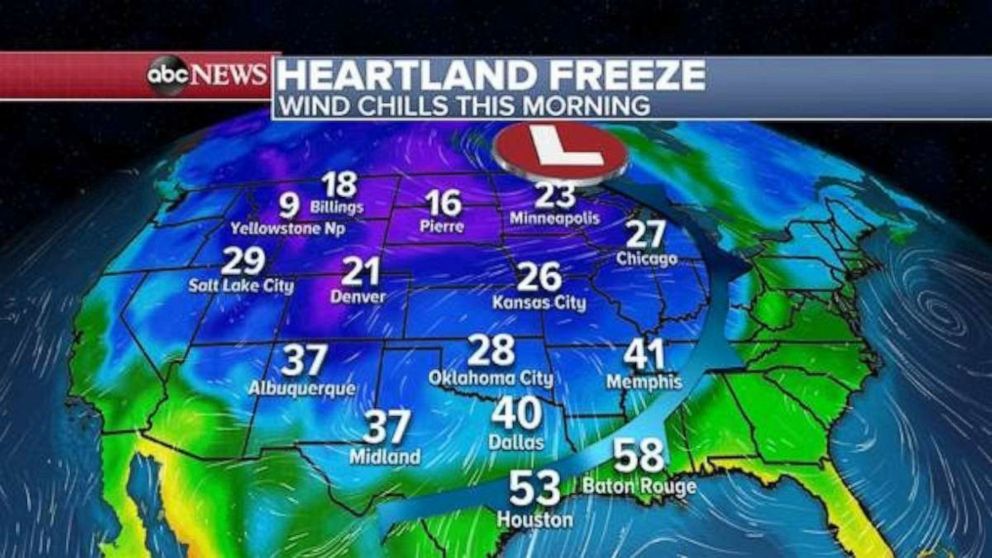 Coastal Flood Alerts are effective through noon Saturday for parts of the Mid Atlantic.

As Subtropical Storm Melissa lingers roughly 250 miles SSE of Nantucket Massachusetts, it will bring gusty winds up to 40mph to the Northeast and minor coastal flooding around high tide for the affected communities.

Melissa is expected to become a remnant low late Saturday into early Sunday and conditions will improve.

How coronavirus is already having an impact on daily British life