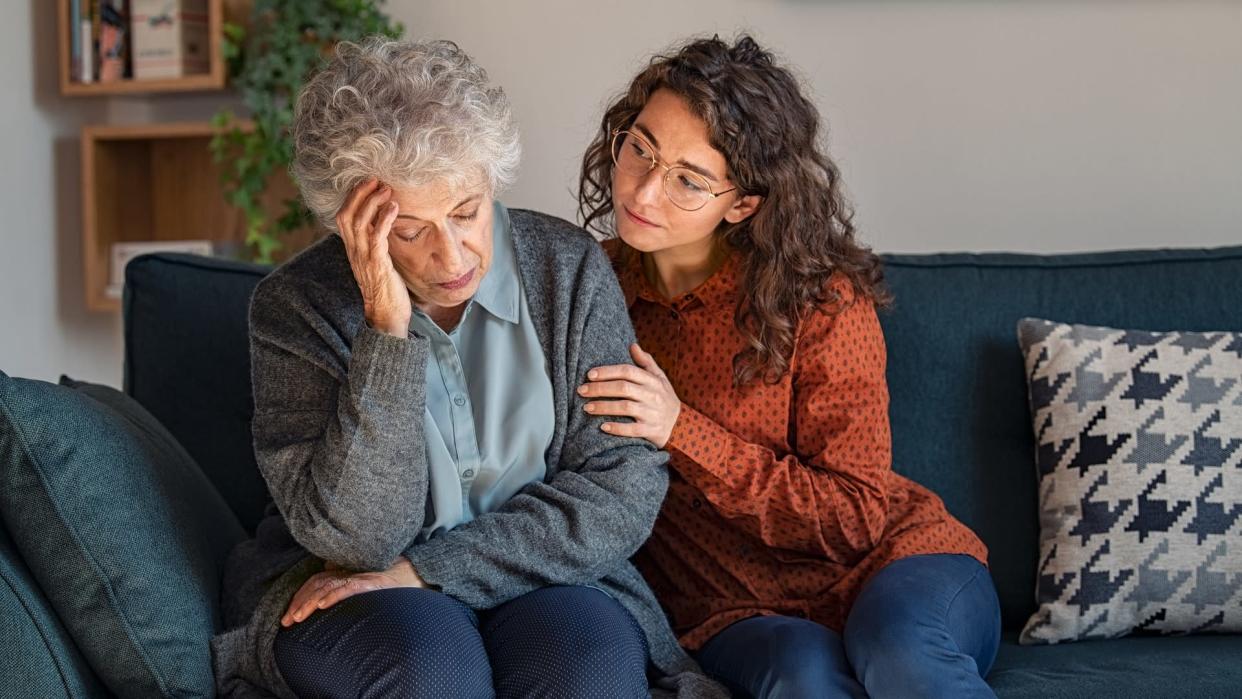 Most baby boomers are now either retired or on the cusp of retiring, so their 401(k) strategies in the past and present will have a major impact on their lives — if they haven’t already. Members of this generation, now ages 58 to 76, tend to have a more realistic view than younger folks of how much they should have saved for retirement and what they’ll need to contribute to get there. Even so, many boomers are still making key mistakes when it comes to their employer-sponsored retirement savings plans.

Here’s a list of those mistakes — and what boomers should do to correct them while working toward or enjoying retirement. 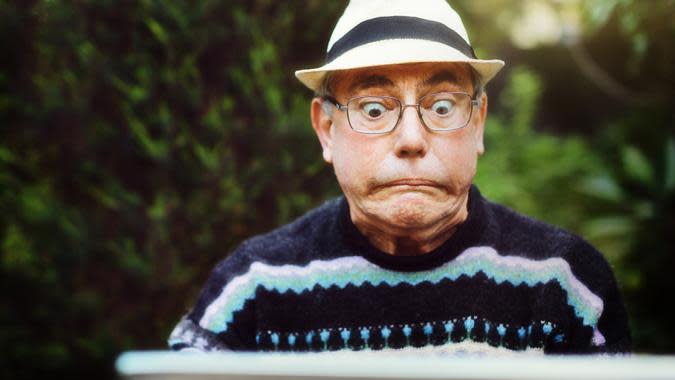 The Mistake: Not Contributing Enough
A 2019 survey of 1,000 Americans with access to company-sponsored defined contribution plans, conducted by Natixis Investment Managers, found that the average boomer has an 8.5% contribution rate, which is high compared to younger generations. That should come as no surprise, said Dave Goodsell, executive director of the Natixis Center for Investor Insight.”It makes sense that the older you are, the more income you would have to put toward retirement savings,” he said.But even that comparatively high contribution rate still might not be enough for some boomers to retire comfortably.Take Our Poll: Do You Think You Will Be Able To Retire at Age 65? 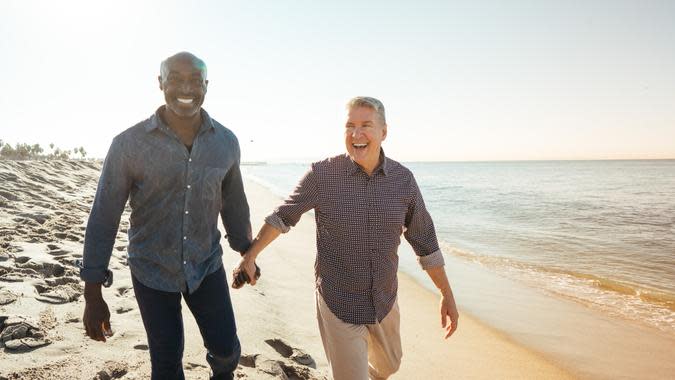 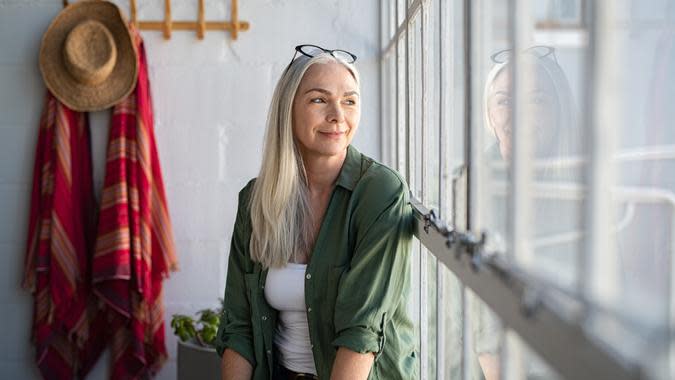 The Mistake: Underestimating How Much They Will Need Saved To Retire
The average boomer believes they will need more than $1 million in savings to retire comfortably, according to the Natixis survey. Although the survey found that boomers have a more realistic view of how much they’ll need compared with other generations, even $1 million might not be enough for some to retire comfortably.”You’ve got to think about what [retirement lifestyle] you’re going to be comfortable with,” Goodsell said. “The other part is to consider how long that money has to last. Our most recent investor survey asked individuals how long they expect to live in retirement, and baby boomers told us that they expect to live for 23 years in retirement. That’s a long time to plan income for.” 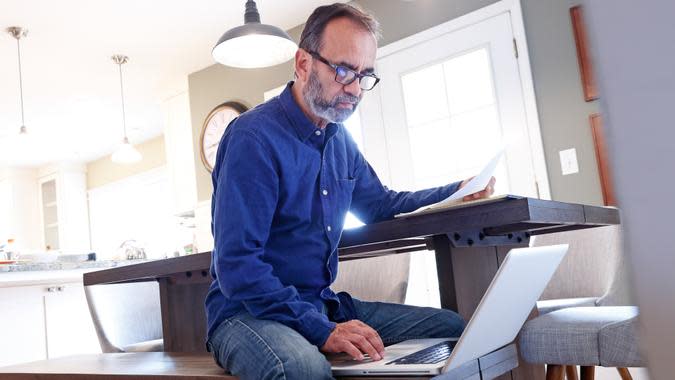 What Boomers Should Do
Take time to figure out how much money you’ll actually need to retire based on the lifestyle you want and how soon you plan to retire, rather than assuming $1 million will be the magic number that works for you.”With that $1 million you’d have some market appreciation — assuming you stay invested,” Goodsell said. “But would that be able to provide you the income and lifestyle that you’re looking for in retirement?” 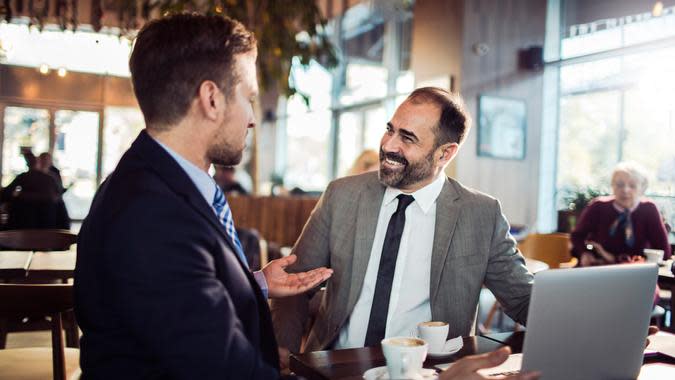 The Mistake: Not Taking Advantage of Savings Opportunities Outside of 401(k) Plans
Even though the ideal nest egg for the average boomer is at least $1 million, that figure might be unattainable for many. Based on survey findings of the amount most boomers currently have saved in their 401(k) plans and the ages they want to retire, the average boomer would need to save more than $142,000 a year to meet their retirement savings goals. That kind of savings isn’t possible with a 401(k) alone.If you want to retire comfortably, “you have to look outside of [your 401(k) plan] as well,” Goodsell said.Take Our Poll: Do You Think Student Loan Debt Should Be Forgiven? 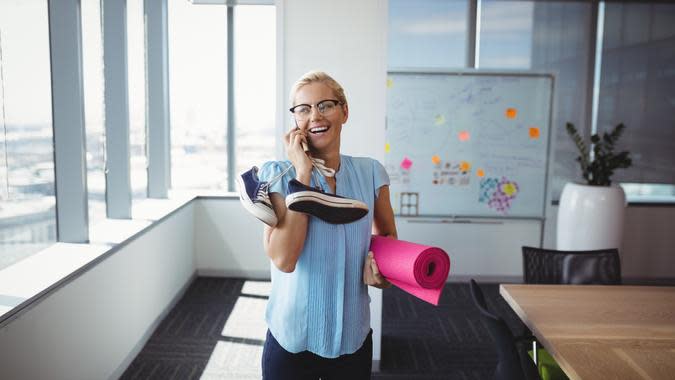 What Boomers Should Do
It’s important to take a comprehensive approach to your retirement savings planning. While your 401(k) might be the biggest contributor to your nest egg, it shouldn’t be your only source of retirement funds.”Traditionally, we talk about [retirement funds] as a three-legged stool,” Goodsell said. “What are you saving in your workplace [retirement plan], what are you saving in your own taxable savings account, and what are you going to count on from Social Security? There are different income sources coming together.”If you’re eligible, you might also consider opening a traditional or Roth IRA to add another leg to that stool. 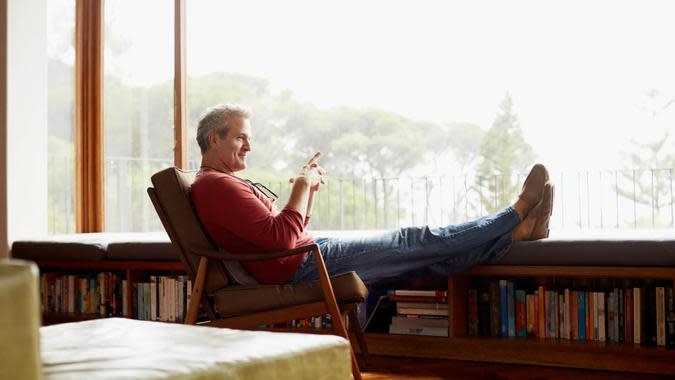 The Mistake: Not Being Willing To Downsize or Relocate
Lowering your living expenses is one way to make your 401(k) savings stretch further, whether it means downsizing into a more affordable home or reducing how much you spend on nonessentials. Those who don’t cut their costs could blow through their funds too quickly.There are numerous ways boomers can lower their living costs. Goodsell recommends asking yourself the following questions: “Do you need to downsize? Do you need to have a smaller home? Do you need to live in a different area?” 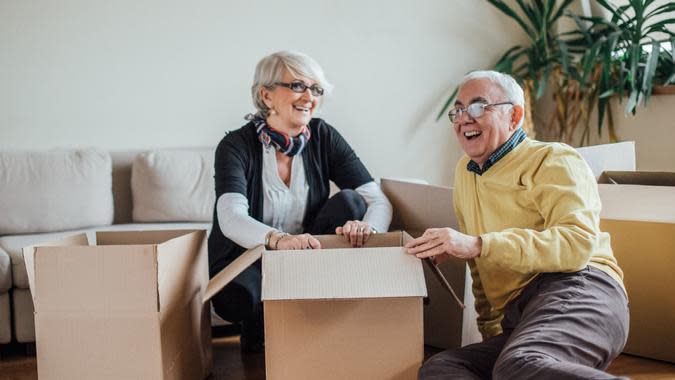 What Boomers Should Do
Boomers who live in expensive homes or communities should consider relocating to somewhere cheaper to get the most out of their retirement savings. In fact, many are already doing so.”You see some of that migration happen in retirement,” Goodsell said. “People go for a lower cost of living in many cases. People I know personally have done that. They look at places where they can get a better tax break, or where property is less expensive.” 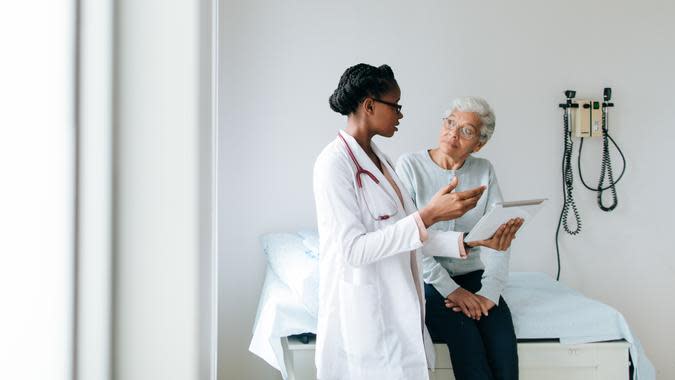 The Mistake: Taking a Withdrawal From Their 401(k) Plans
The Natixis survey found that 1 in 4 boomers have already taken a withdrawal from a 401(k) plan, with the top reasons being to pay down debt and cover healthcare expenses. This can be a particularly expensive mistake if you withdraw money before you reach 59 1/2 years old because you’ll face an early withdrawal penalty.”You have to consider the magnitude of what you’re doing there,” Goodsell said. “Prior to your qualified age, [withdrawals] are subject to tax and penalties, so you could be losing as much as half of your asset value by doing that.” 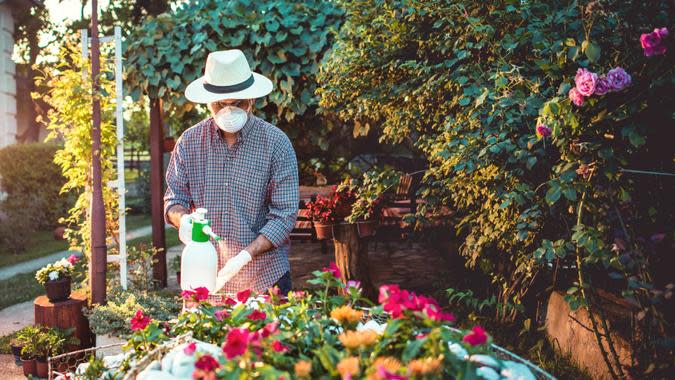 What Boomers Should Do
Before taking a withdrawal from a 401(k), Goodsell said you “should be looking at other options in the event that you need the money to really maximize what you have. That’s your long-term savings, your nest egg. So you need to make sure that you’re taking care of that. Taking money out of a 401(k) and incurring the penalty and tax is a significant challenge for many people.”Alternatives to taking 401(k) withdrawals include getting a home equity loan, refinancing your mortgage loan, taking out a personal loan and using a 0% APR credit card. The best option for you depends on your personal financial situation. 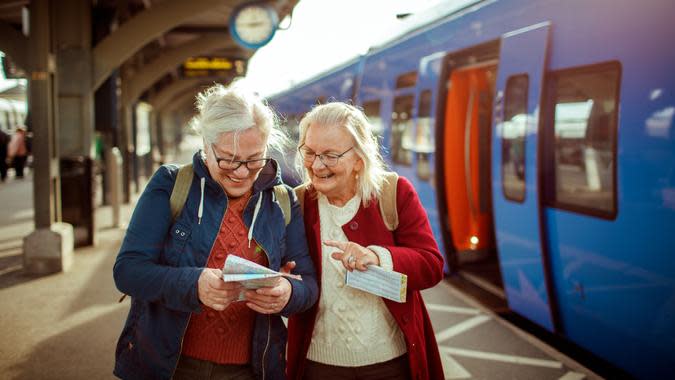 The Mistake: Not Creating a Budget for Before and After Retirement
Nearly half of boomers (48%) believe they will be comfortable in retirement if they “watch their spending,” the survey found. But another 22% said they believe they’ll struggle financially in retirement.Whether or not you live comfortably in retirement really comes down to budgeting. You need to figure out how much you can afford to spend each month based on what you have saved in your 401(k) and other retirement income streams. After that, it’s important to stick to this budget. 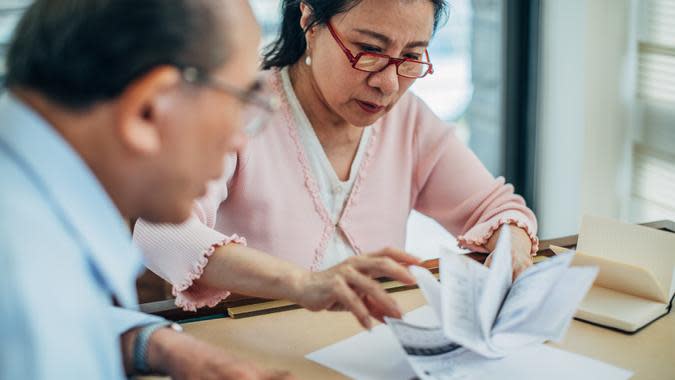 What Boomers Should Do
“The same things that work in retirement work before retirement, which is really managing your budget closely, understanding where your money is going and making decisions about what you prioritize from a financial viewpoint,” Goodsell said. “If you’re thinking about retirement, think about what you’re spending and what you’re saving.”While it’s important to stick to a budget before retirement, it’s even more important to stick to one after you’ve retired and are reliant on a fixed amount of money.”The pressure is really managing that budget for the long-term,” Goodsell said. “Decisions may become harder in retirement in terms of what you’re going to spend money on — your discretionary spending versus the things you have to [spend money on].” 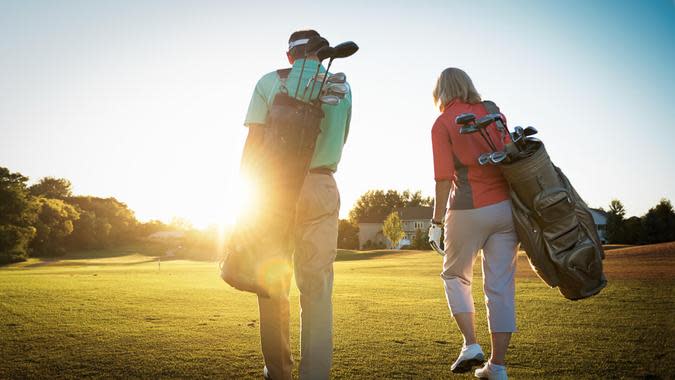 The Mistake: Having a Traditional View of Retirement
The survey found that 10% of boomers believe they will never be able to retire because of financial pressures. For these boomers, the best policy might be to shift how they define “retirement.””We’re starting to see that retirement isn’t for everybody — the classic, ‘go live on a golf course and not work,'” Goodsell said. 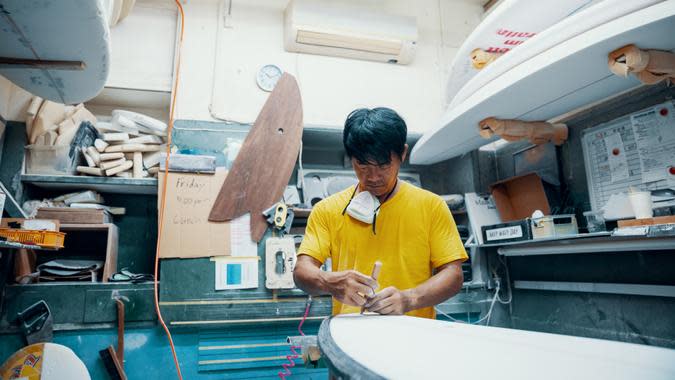 What Boomers Should Do
Boomers who haven’t saved up enough in their 401(k) plans to fund 20-plus years of not working should look at retirement as an opportunity to try new kinds of employment rather than as an end of working altogether.”People are living longer, they’re healthier longer, they’re more able to do stuff,” Goodsell said. “People are moving into more of a second act. They’re changing the kind of employment that they have, or they’re finding ways to telecommute or things like that. They’re finding different kinds of employment in retirement that can augment income but that can also keep them active and engaged.” 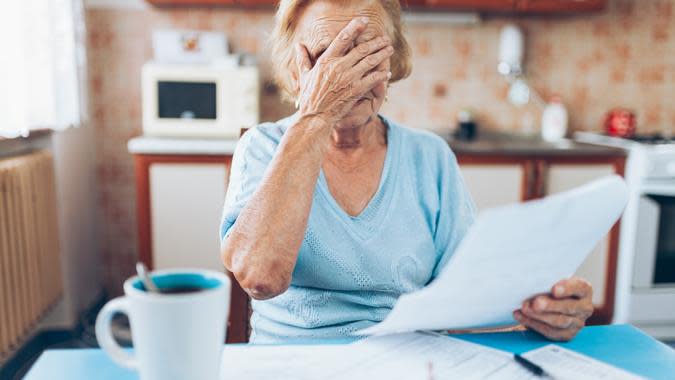 The Mistake: Not Seeking Professional Advice
Baby boomers who seek financial advice tend to have bigger 401(k) balances than those who don’t. The survey found that advised participants in this age group have saved an average of $333,085, while those who have not sought out professional advice have an average of $286,671 saved. 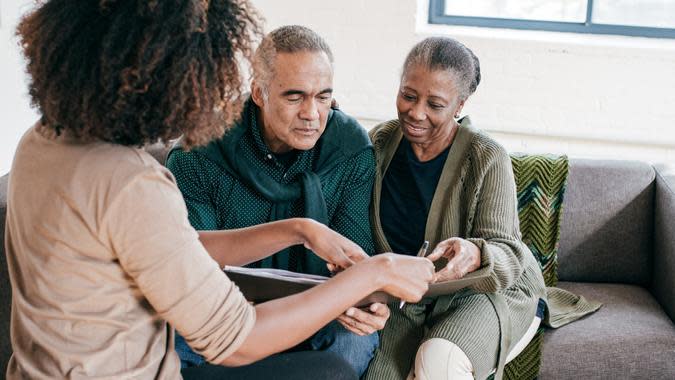 What Boomers Should Do
Goodsell highly recommends that people of all age groups meet with a professional to discuss their retirement savings plans.”This is a really complicated proposition for people [that involves] multiple sources of income, forecasting how long you’re going to need it, what percentage to take out, where to spend money,” he said. “This is why advisors are so important — the coaching that they can provide, the practical looking at options and what works best for you, and having a really focused conversation about what your personal needs are.” 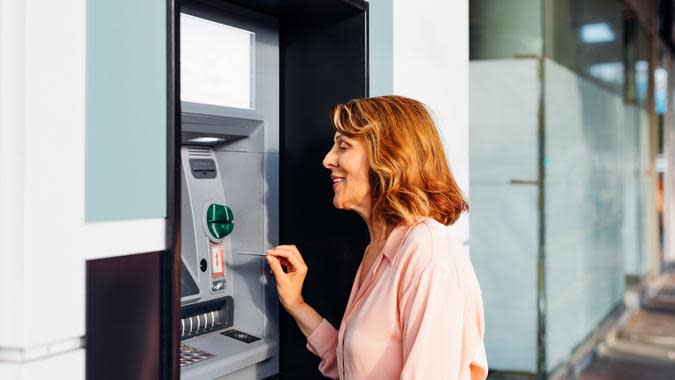 The Mistake: Seeking Immediate Gratification Over Saving for Retirement
Some boomers put too much focus on using their money to cover current living costs rather than maximizing their 401(k) contributions and retirement savings.”We tend to be more comfortable in the immediate gratification,” Goodsell said.He advises boomers to ask themselves how active they are in terms of looking at long-term objectives: “The ultimate payoff is making sure you have enough in the end to live comfortably in retirement and live a good life.” 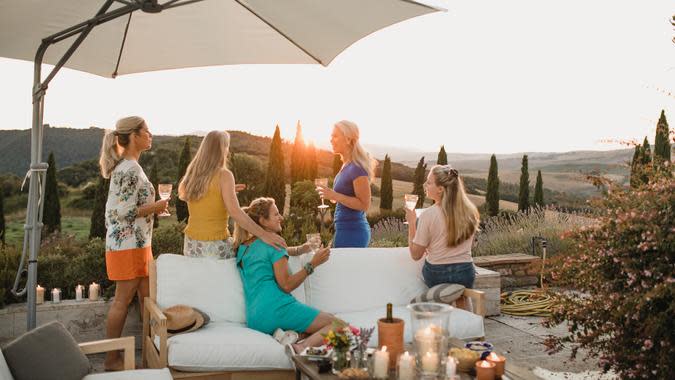 What Boomers Should Do
“Think through where your money goes, plan your budget and see where your cash flow goes,” Goodsell said.Make sure part of that budget is dedicated to retirement savings and not just funding your life now. 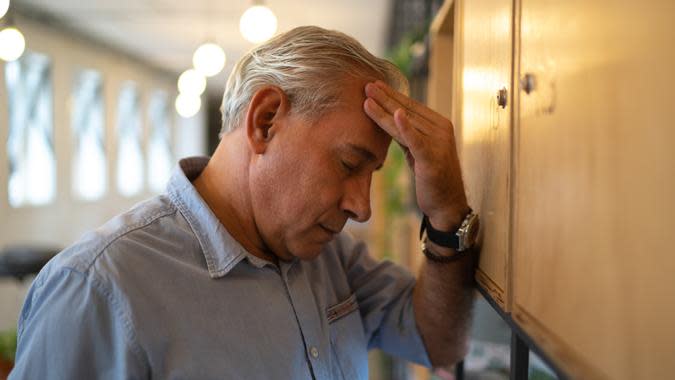 What To Do if You’re a Boomer Who’s Made a 401(k) Mistake
If you’re a boomer who’s made mistakes with your 401(k) plan, you’re not alone. Many of the boomers surveyed said they have regrets about their retirement savings — including not starting to save early enough, not contributing enough to their plans and not seeking information about saving for retirement.If any of these regrets ring true to you, Goodsell has this advice: “It’s never too late. If you feel like you’re behind, look at how you can maximize [your contributions]. Get some professional advice on how to best do this. Look at where you’re at, and have realistic expectations about what you can do and how you’re going to spend your money.”More From GOBankingRates9 Bills You Should Never Put on Autopay
Check Out Readers’ Favorite Small Businesses in Our 2022 Small Business Spotlight
This Credit Score Mistake Could Be Costing Millions Of Americans
13 Ways To Invest That Don’t Involve the Stock Market

This article originally appeared on GOBankingRates.com: 401(k) Mistakes Most Boomers Are Making

Heartbroken family pay tribute to woman, 27, run down and killed by a car that left man fighting for his life