Melbourne property owners and commercial businesses will be asked to step up to slash the city’s greenhouse gas emissions, with sweeping new measures being floated, such as reduced rate charges for top performers and an enforced emissions cap.

On Tuesday night, City of Melbourne councillors unanimously voted in support of a discussion paper that proposes initiatives to significantly accelerate the number of buildings going green and help the municipality meet its target of net-zero emissions by 2040. 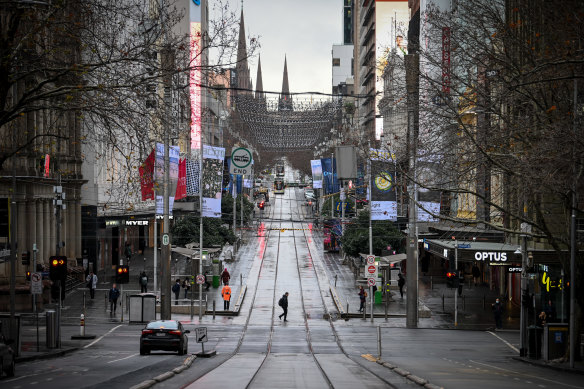 The City of Melbourne wants to accelerate the greening of CBD buildings.Credit:Eddie Jim

To hit the goal, all buildings would need to become zero-carbon emitters, with five-star energy ratings and all-electric power, meaning 77 would need to be retrofitted each year – an 11-fold jump from the current average of seven.

Commercial buildings are responsible for 60 per cent of the city’s greenhouse gas emissions, while residential towers account for just 6 per cent.

The discussion paper, which will be up for community consultation for six weeks, proposes using the threat of higher rates to encourage reduced emissions, legislating an emissions limit on buildings and developing lease agreements with sustainability clauses.

Other suggestions include compelling building owners to regularly disclose their sustainability rating, establishing a risk tool to assess how climate change might affect a building’s value and making retrofitting an easier process. 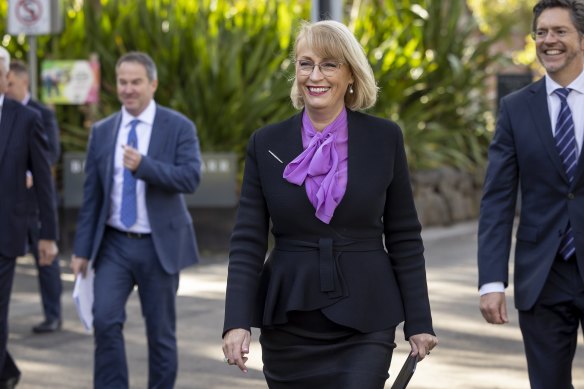 City of Melbourne Lord Mayor Sally Capp says the biggest hurdle in bringing down the city’s emissions is applying the standards to existing buildings.Credit:Wayne Taylor

The council hopes to work in partnership with the commercial industry, including building owners and tenants, and academic and government sectors.

“These are practical, achievable, impactful steps we can take as a city to support activity across the property sector,” Capp said in Tuesday’s meeting.

“There’s a great element and tone of urgency in here in really setting out what the challenge is and how quickly we need to act.”

Councillor Elizabeth Mary Doidge, who leads the sustainable building portfolio, said the task was not going to be easy but it was “a critical step”.

“We do know the property sector in particular doesn’t always like being told what’s about to happen to them,” Leppert said. “This can be as collaborative a process as they’d like it to be.”

The Property Council of Australia’s Victorian executive director, Cath Evans, said the organisation recognised the important role of building performance in achieving healthier carbon emission levels and that it was advocating for a statewide plan.

“We encourage methods such as differential rates, as flagged in the City of Melbourne’s discussion paper, and other incentive-based approaches,” Evans said.

“We look forward to responding to the City of Melbourne’s discussion paper once we’ve had a chance to analyse it in more detail.”

Margot Delafoulhouze, who leads the Climateworks Centre’s cities unit, said the City of Melbourne’s push to engage industry, government and academic sectors was crucial because the local council only had direct control over its own property and made up about 1 per cent of the municipality’s total emissions.

“Commercial buildings really account for the lion’s share of emissions,” she said. “It’s enormous, so it’s really critical for them to take that on.”

“It’s also a matter of business sustainability and the long-lasting value of their assets.”

Delafoulhouze said several of the proposed measures followed similar moves in US and European cities. New York City introduced carbon caps on residential and commercial buildings in 2019, which will be enforced from 2024 and gradually become more stringent.

She added that the green shift was a commercial imperative.

“Investors will demand money is invested in buildings that have higher environmental performance,” Mack said.

Millions of Texans still without heat, power or water amid devastating cold streak