For Luz Luna, hope is everything.

This grandmother’s journey to room G-08 in El Barretal, a music venue complex that has become home to thousands of migrants, began 2,700 miles away in Progreso, Honduras, with an abusive husband. But her decision to leave behind her life as a street vendor started when she said her daughter, Alice, was a victim of rape.

“The gang leader started to fall in love with her, but she didn’t pay him any attention so he sent someone to rape her,” Luna said.

Luna, 42, and her 23-year-old daughter, along with Luna’s three grandchildren ranging in age from 2 years to 9 years, made the treacherous journey through Central America for six weeks before reaching Tijuana, Mexico.

“We had the small children and towards the end they couldn’t walk anymore,” Luna said. “The other mothers only brought one child. We arrived last, but we arrived.”

For the long and dangerous walk to Tijuana, Luna brought with her only documentation and some family photos — and the clothes on her back. 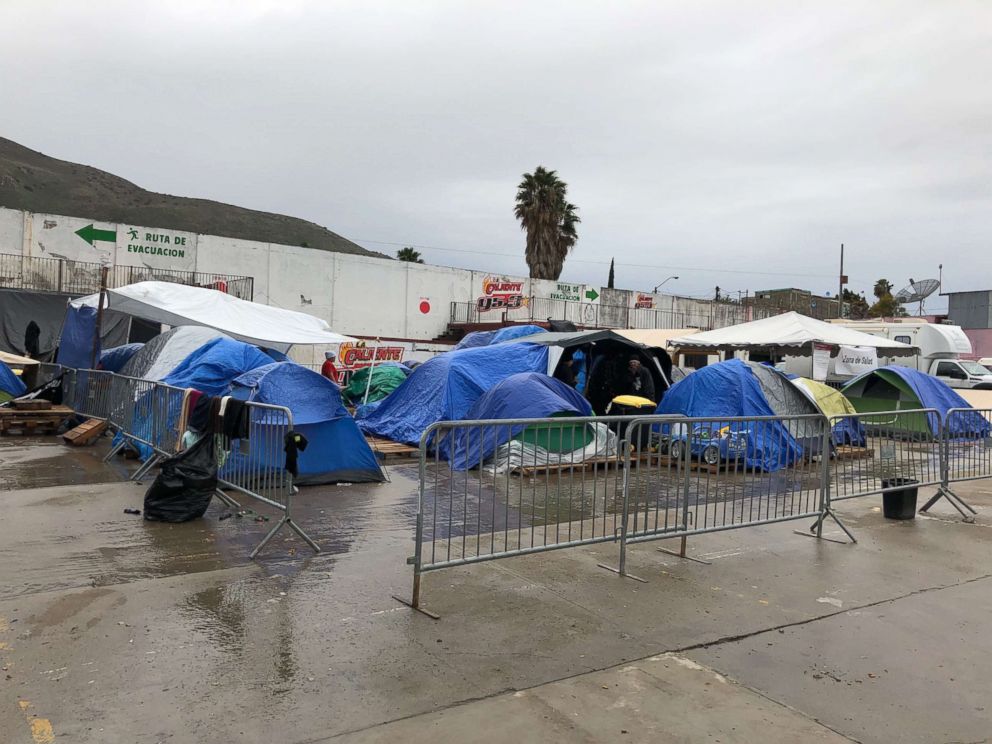 “When we were in the caravan, we didn’t know what time or day it was, we were all worried because people were being kidnapped,” she said.

Now, eye level with a makeshift clothesline stretching the width of her room, Luna looks at what’s been given to her and her children.

“Everything in this room are donations,” she said.

Her room is tucked away in the once-abandoned El Barretal music venue, a complex that’s become home to many migrants seeking refuge in Tijuana, considered safer than many border towns.

Laura Branigan’s “Gloria,” mixed with traditional Mexican music, creates the soundtrack for the camp. High walls adorned with painted signage for local radio stations look down on large white tents that act as a large umbrella for dozens of smaller camping tents that house families.

Portable toilets are in corners of the facility. 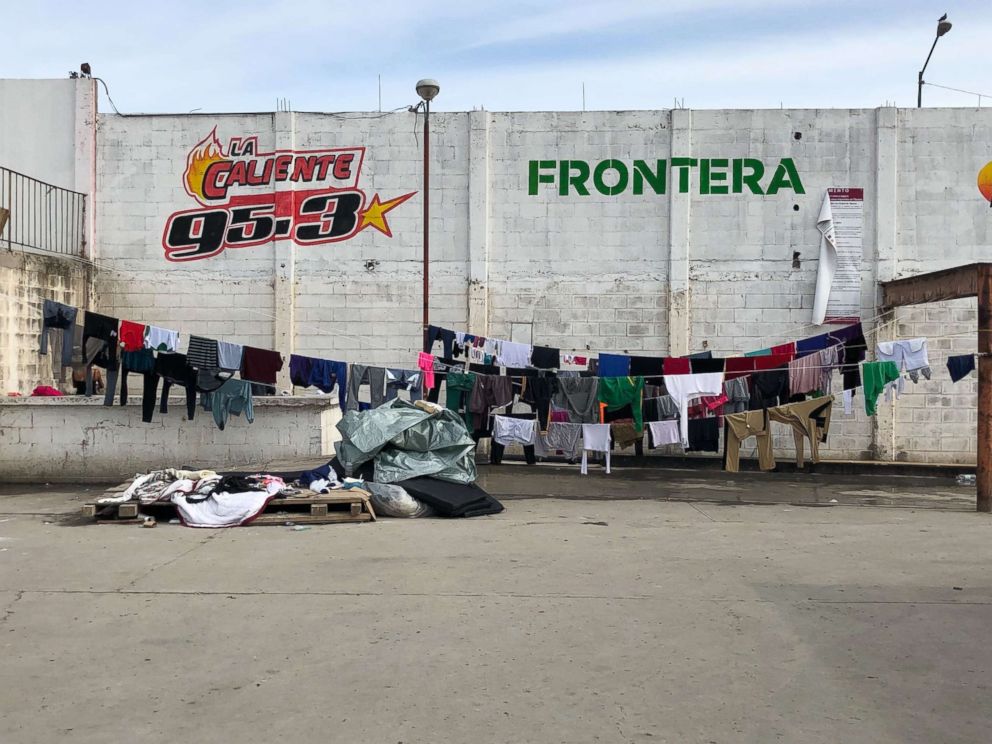 Before moving to El Barretal, men from other shelters in Tijuana came to inspect the facilities to make sure it was not a trap set by the Mexican government in an effort to deport people, said Mario Medina de la Torre, a government official working at the camp.

The camp received the first busload of migrants Nov. 29, 2018, and quickly reached a peak of nearly 3,500 residents, de la Torre told ABC News. Since then, the population of migrants inside the shelter has decreased after some have been granted or refused asylum, or have crossed illegally with coyotes. The camp may close as population numbers continue to decrease, he said.

Luna joined other migrants to celebrate Christmas at the camp. A tree was put up. Churches and locals brought the children gifts and prepared a Christmas Eve meal.

On New Year’s, locals again shared some goodwill with the migrants.

“On the 31st, the church came by,” Luna said. “It was beautiful because they came to read the gospel to the children. They were giving them gifts.”

But this grandmother’s mind kept drifting back to Honduras, where her 15-year-old son and 19-year-old daughter soon should be accompanied by her mother, brother and sister as they embark on the journey with the next caravan from Central America toward the 1,954-mile border that separates the U.S. and Mexico.

Ricardo Lopez, Luna’s son, has been targeted by local gangs to join their ranks while Luna’s daughter is leaving after having to abandon dreams of becoming a forensic scientist.

“My daughter has been crying. She has never left home,” Luna said, holding her youngest grandson, the child of the rape that drove them out of Honduras. 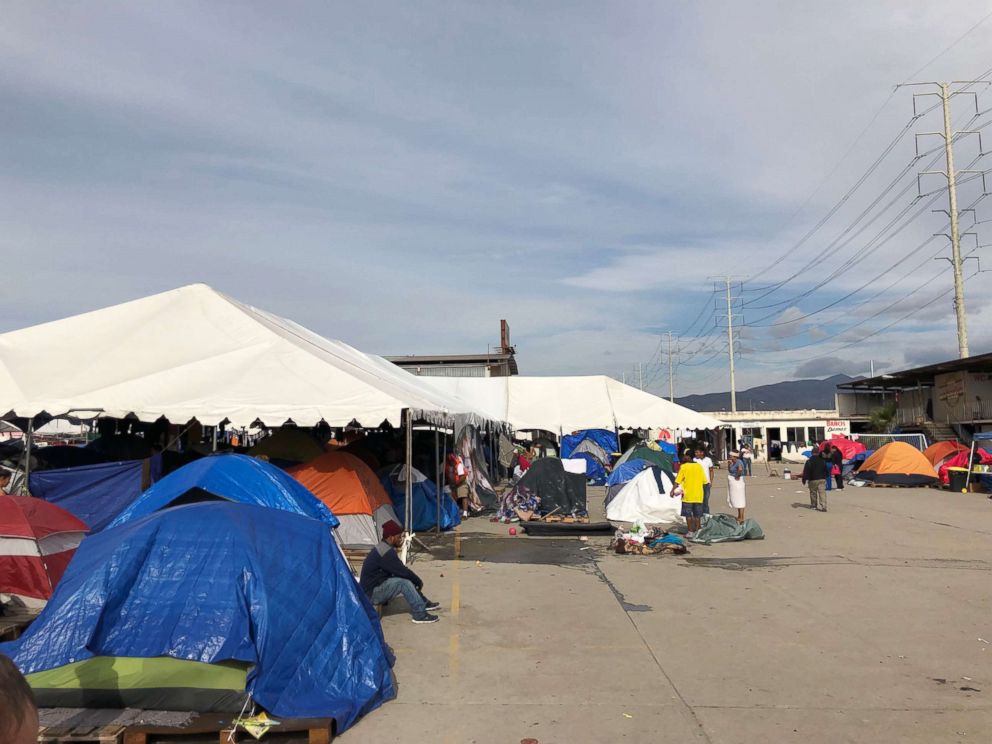 But unlike many in the camp who wait for their numbers to be called to plea for asylum, Luna wants to wait for her son. She wants her family to be together.

“I don’t want my number to be called,” she said. “I want to stay here waiting for him because we want to enter as a family.”

As of Monday afternoon, a whiteboard in the middle of the camp said that No. 1,708 was being heard at the border — Luna is 1,934. About 20 to 30 numbers are called every day, according to de la Torre.

Standing in a room lit by a single light bulb, surrounded by donated goods including a Boston Red Sox blanket on the floor, Luna holds on to hope –- hope for her, her children, her grandchildren.

“It’s the last thing we will lose,” she said, “because it is so hard here.”

Squirrel in Colorado tests positive for the bubonic plague