November's Consumer Price Index (CPI) rose at an annual 7.1% clip and 0.1% over the prior month, the Bureau of Labor Statistics said Tuesday. On a "core" basis, which strips out the volatile food and energy components of the report, prices climbed 6.0% year-over-year and 0.2% on a monthly basis.

While Tuesday's print marked the lowest CPI reading since December 2021, inflation continues to weigh on household budgets and run more than three times above the Federal Reserve's long-term target of 2%.

Economists and strategists were quick to point out that Federal Reserve officials still have their work cut out for them in tapering rising prices, and more interest rate increases are still underway.

A deluge of Wall Street reactions hit in our inboxes following Tuesday's lighter figure, and Yahoo Finance rounded up some of what we got below:

“Over time, the core-core CPI – we strip out rents and an array of Covid-sensitive components – tends to track the rate of growth of wages, which is why Chair Powell and other Fed officials want to see wage growth moderating. No matter how far inflation is pushed down by margin recompression over the next year or so, it will not stay down with wage growth close to 5%. Most Fed officials appear to want to see wages rising by a bit less than 4%. We think that's realistic as an objective for the middle of next year, but it will require a modest increase in the unemployment rate and a clear downshift in inflation expectations. More immediately, this report does not change tomorrow’s Fed decision.”

“Certainly, with important components such as shelter inflation and core goods inflation moving lower, it is reasonable to expect inflation to continue falling over coming months. Yet, Powell will likely maintain an element of caution in his comments tomorrow. After all, the core services inflation component remains closely tied to the labor market which, across a very broad set of data, continues to look very resilient. The difference between inflation at 5% and inflation at 3% next year lies in the ability of the Fed to slow the labor market further, which likely requires further monetary tightening and absolutely no rate cuts.”

“What the November CPI report showed is that this is no longer a ‘one datapoint doesn’t make a trend’ story and that inflation is now on a clear disinflation trajectory. This disinflationary trajectory will probably cement itself in the coming quarters as we expect shelter prices, which represent about a third of the weight on the CPI index, to start weakening. This CPI report will not change this week’s Federal Reserve decision to increase the federal funds rate by 50 basis points, but it may help keep the Fed from overtightening monetary policy.” 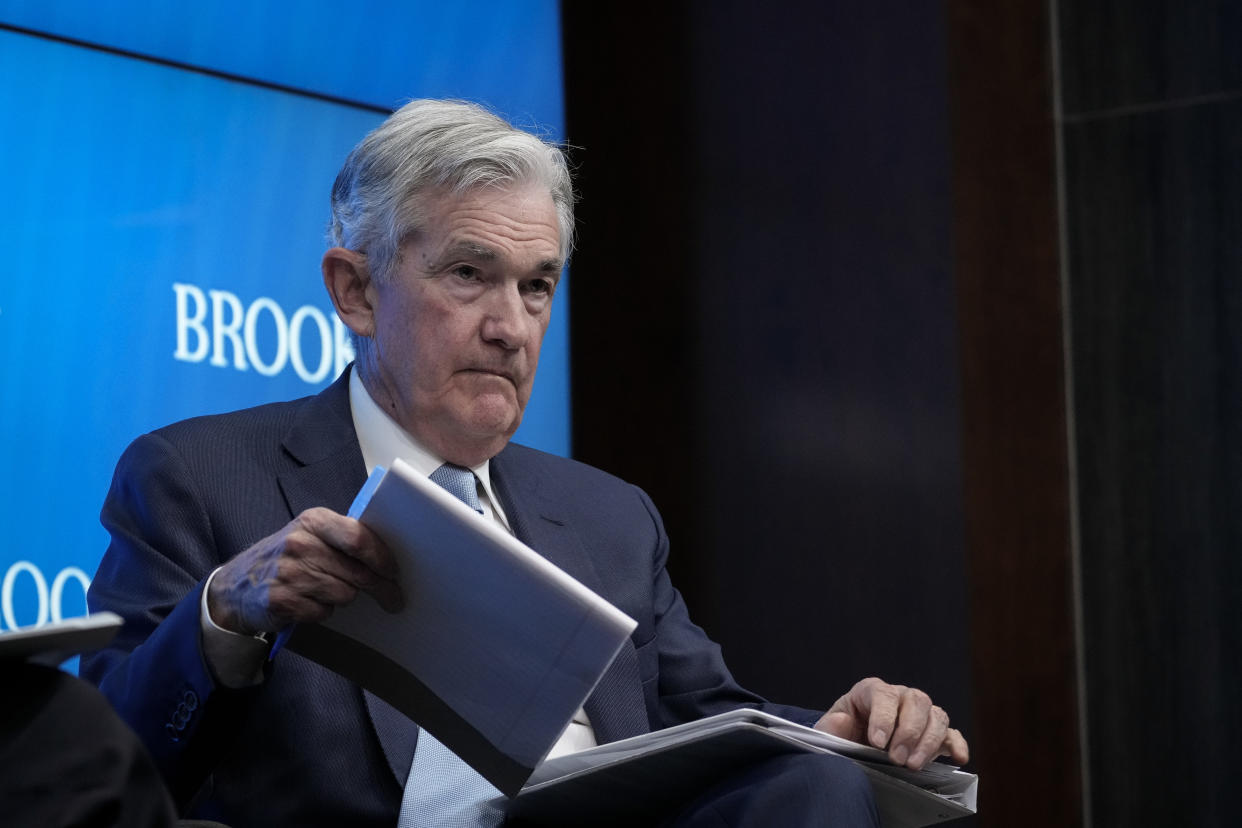 “The areas that continue to keep inflation higher now lie largely within the services component of CPI, like rent and housing prices. The service components within CPI tend to be stickier – price growth in services takes longer to slow because they are thought to reflect wage growth and don’t have their prices adjusted as much as goods. Because of this, the move from 5% to 2% year-over-year inflation will not be as easy as the move from 9% to 5% inflation. We continue to believe that inflation will remain stubbornly high and above the Fed’s 2% target in 2023.”

“With today’s data and what we think is a trend now in place for lower and more normalized inflation readings, the Fed can transition to sitting back and watching their efforts bear fruit (and bring the prices of those and other goods and service-related items down). At the same time, the central bank will attempt to keep employment as well supported as possible, but the Fed has recognized that it may have to sacrifice some degree of employment in the short-term in order to bring prices down. Still, if data such as today’s suggest a real trend that the momentum of inflation is lower, we could then see the Fed pause over the next few months at a still restrictive policy-rate, but not one which would put potentially excessive pressure on the economy, and particularly on the interest-sensitive parts of the economy that have already begun to show signs of real (and anticipated) weakness."

“After PPI came in above expectations last week, it’s great to see consumer inflation surprise to the downside. If inflation is able to continue on this trend, the conversation around a soft landing will only get louder, but keep in mind inflation is still well-above the Fed’s target rate. The market initially celebrating the news indicates the reading may offer a sigh of relief for investors as the Fed prepares to reduce the size of its increases tomorrow.” 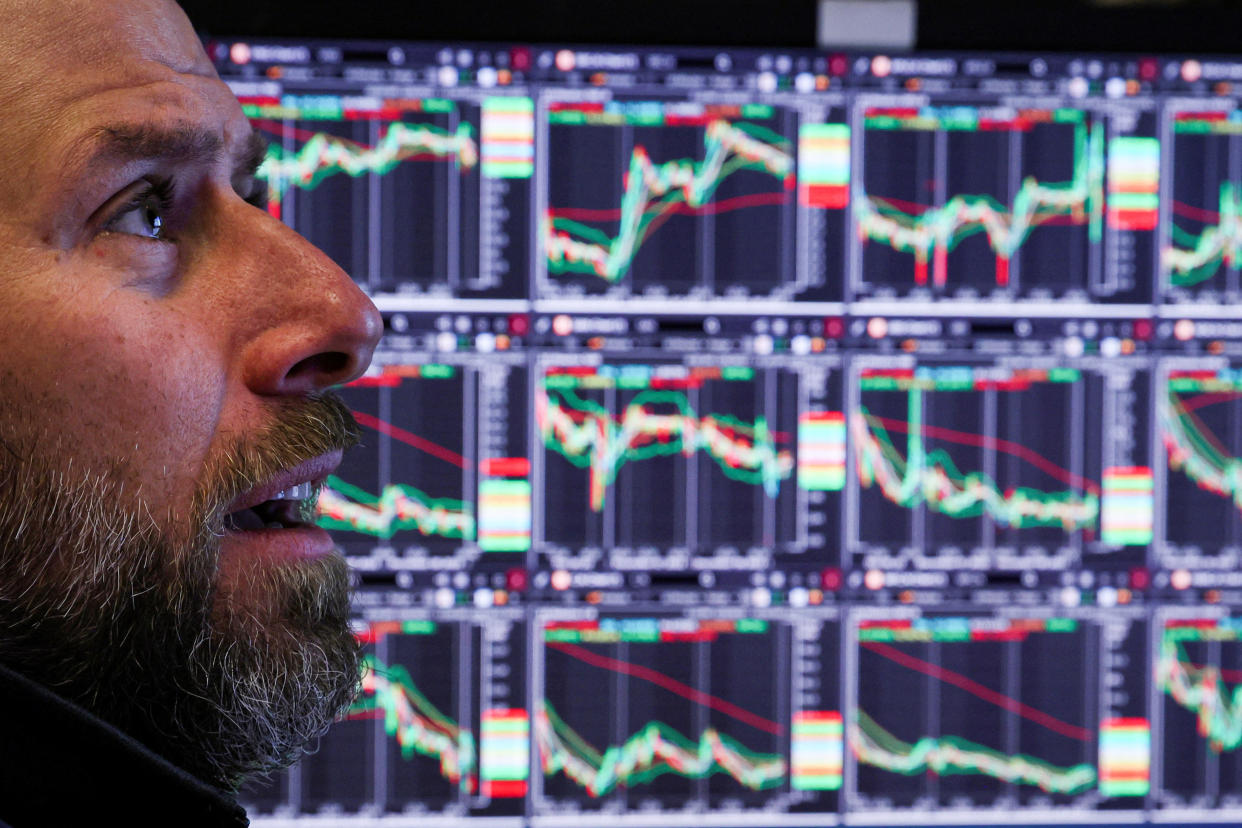 “Overall, the report points to a faster than expected retracement of core goods inflation but services inflation remains sticky. This is unlikely to affect the Fed's December decision – we continue to expect them to hike by 50 basis points – however, it may bring up discussions of another downshift in February. We still think they go by 50 basis points given the tightness in the labor market and elevated wage growth, but the debate should be livelier especially if we get another soft December inflation report.”

“While inflation is moving to a better place, it is not yet in a good place. The month over month changes show inflation pressures are cooling. But compared to a year earlier, prices broadly remain historically high. Consumers rejoice that the price of gasoline has dropped sharply. But rising prices for other necessities, most notably food and shelter, remain elevated and continue to strain household budgets.”

“Inflation is cooling down and this will enable Fed officials to slow it down when it comes to the pace of their rate hikes both at today’s meeting and in 2023. It looks increasingly like inflation has reached a turning point where price increases are falling or little changed for many categories of goods and services that consumers buy. The prices consumers pay are barely affordable for many households after the run-up last year, but the good news is that future prices will be reduced thanks to the Fed’s rapid inflation response by front-loading its interest rate hikes.”

“The market seems to think the inflation fight is almost over, and we don't believe that confidence is warranted. We think that inflation expectations are priced at very attractive levels, with markets pricing in almost no inflation premium and with CPI still several times higher than the Fed's target, that looks interesting to us. The Fed is facing a tricky dynamic in 2023, as the market is expecting the Fed to end its hiking cycle, and the Fed certainly wants to end its hikes early in 2023 before any significant economic damage occurs, but there is a possibility that inflation continues to run much higher than its 2% target even after it stops raising interest rates.”

“All the signs have been pointing toward slower inflation and now we have the confirmation. Jerome Powell spoke of downside in goods and that's now pushing CPI downward. This is a good sign for the market but isn't likely to change the Fed's outlook much. They're still worried about high wages and housing costs. It's not clear wages will drop but faster-moving data suggests shelter is already moderating. Today's report suggests we're on the road to a soft landing. The Fed will keep talking tough and probably inch up the dot plot tomorrow. But we seem to have turned a corner on inflation.”

“There’s quite a strange dichotomy in the data, with commodity and shipping prices weakening substantially, but many other prices are increasing. The fact that many surged so much earlier, especially house prices and rent, means that prices remain high vs. two years ago. This is also true for money supply measures and other macro data, so there remains much pent up inflation in the system despite many prices declining from their peak. This is why labor is striking, as they received few wage hikes before to offset prior inflation. The role of labor unrest in 2023, or major wage hikes to prevent such, will clearly be a key factor for the Fed.”

“While this is the second consecutive month of softer-than-expected inflation, we don’t think this will change anything at tomorrow’s Fed meeting. We still expect a 50-basis-point hike, but what matters is guidance. Powell now has tough choices, and the Fed has its job cut out for them as they balance taming inflation in a tight labor market. While today’s numbers show a good trend, investors shouldn’t overreact. The last time the market rallied over softer inflation data, we experienced the Jackson Hole jolt, where Powell pushed back and reiterated hikes. Guidance is pivotal because the markets are pricing in rate cuts.”