Afghan evacuee, 21, who has lived in hotels for a YEAR after fleeing Kabul when Taliban came to power begs Home Office for permanent UK home

An Afghan evacuee who has been living in hotels for almost a year has no energy to get up anymore because there’s nothing for her to do while her family await news of permanent accommodation from the Home Office.

Marwa Koofi, 21, fled Kabul, Afghanistan when the city fell to the Taliban in August last year and has lived in two hotels over the last 12 months.

But she feels like her family’s ‘lives are paused’ as they sit and wait to find out when they will have a permanent home.

Ms Koofi said the year has been ‘wasted’ and there has been further trauma inflicted after recently being split up from family members after three of them were moved from a hotel in Selby, North Yorkshire to one near Crawley, West Sussex.

In a letter seen by the BBC, refugees minister Lord Harrington appealed to councils to help house the 10,500 Afghans currently staying at hotels across the UK.

Ms Koofi, who is set to study International Relations at King’s College London in September, said: ‘I stayed in a hotel for 11 months, I don’t want to stay in a hotel for another 11 months.

‘I have wasted a year because my hotel [in Selby] was in a location where I couldn’t do anything.

‘When I think back to the year, I just see it as a blank – it’s nothing, I haven’t done anything. 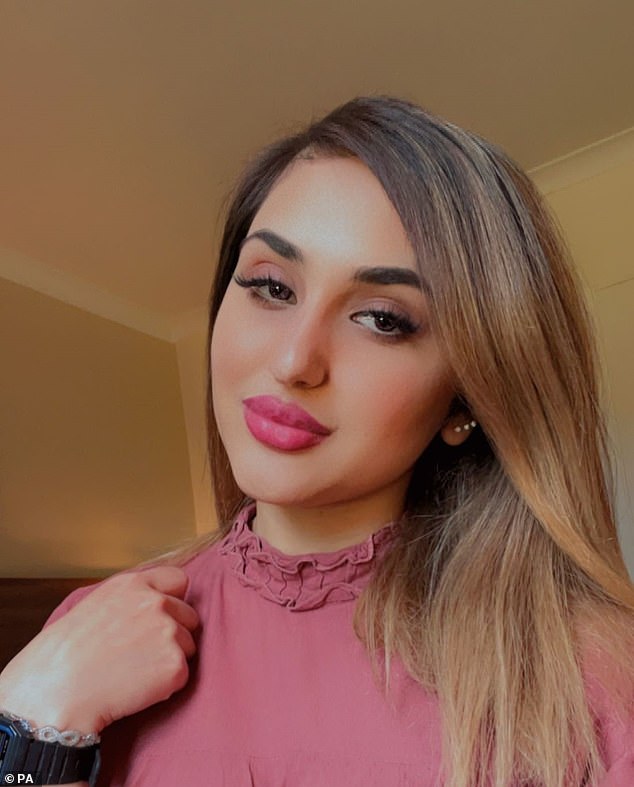 Marwa Koofi, 21, who fled Afghanistan when the city of Kabul fell to the Taliban, has been staying in hotels for the last 11 months 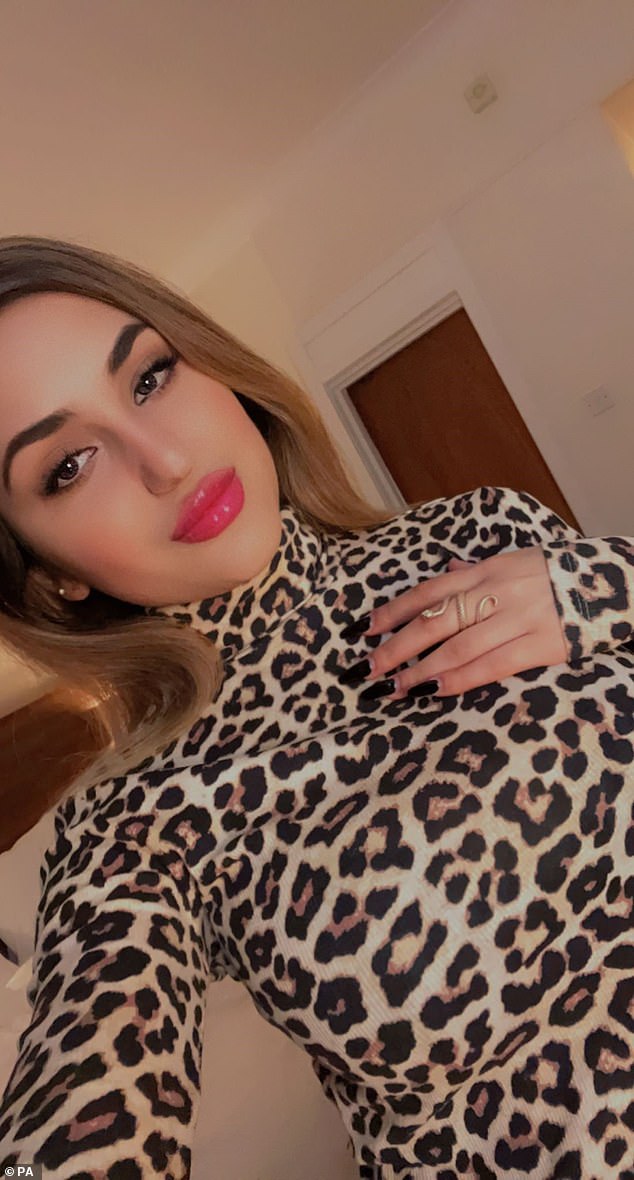 The 21-year-old described how her family’s ‘lives are paused’ while they wait for permanent accommodation from the Home Office. The family were separated when she was moved to a hotel near Crawley in July with her mother and brother

‘You don’t even have the energy to get up from your bed because you know your day is nothing.

‘I feel like our lives are paused, I just want our lives to be played.’

On July 26, Ms Koofi was moved to the hotel near Crawley where she is staying with her mother and brother.

Her 35-year-old sister remains at the hotel outside of Leeds while Ms Koofi’s two brothers, aged 23 and 26, were sent to a hotel in Manchester.

She said being separated from her family has reopened psychological wounds inflicted after leaving their home in Afghanistan.

‘With Leeds, all of us were together and we were there for each other,’ she said.

‘We had a wound from leaving Afghanistan and with each other, we tried to bandage it and we were fine and the wound wasn’t bleeding anymore.

‘But after splitting the families, it’s like the bandages are removed and they’ve started bleeding.

‘The memories of Afghanistan come every day and since we are alone, we have more time to think about what happened to us.’ 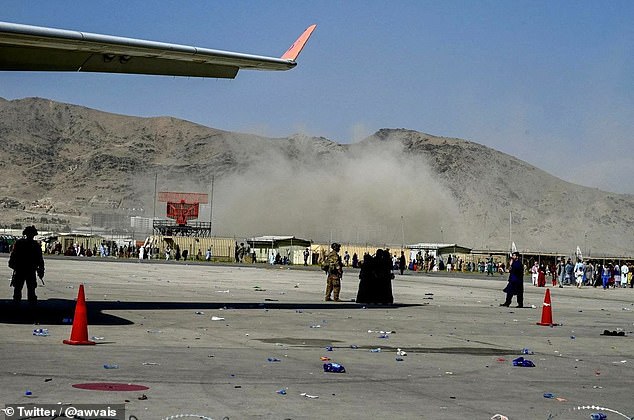 Ms Koofi has said that her family being separated has opened up psychological wounds of having to leave their home in Kabul. Pictured: A large explosion ripped through crowds at Kabul Airport’s Abbey gate

Ms Koofi said Lord Harrington’s push to house Afghan refugees is only ‘a great idea’ if it is going to materialise.

‘This is something that Afghans really want, I hope this one doesn’t fail,’ she said.

‘I want to have that feeling after losing my house in Afghanistan and what I want is to have a house that feels like I’m at home.

The student revealed that she and her family have started to lost hope they might find permanent accommodation.

‘I don’t feel it anymore. No one else does – none of my family.’

A Home Office spokesperson said: ‘The response to the crisis in Afghanistan last August was one of the most challenging, intense and complex overseas operations undertaken by the UK, and the largest air evacuation operation in recent memory.

‘We are proud this country has provided homes for more than 7,000 Afghan evacuees in such a short space of time, but we face a challenge of there currently not being enough local housing accommodation in the UK not just for Afghans and those in need of protection but also British citizens who are also on a waiting list for homes.

‘While hotels do not provide a long-term solution, they do offer safe, secure and clean accommodation.

‘We will continue to bring down the number of people in bridging hotels, moving people into more sustainable accommodation as quickly as possible.’

London-born teen who died from leukaemia in 2006 nears Sainthood